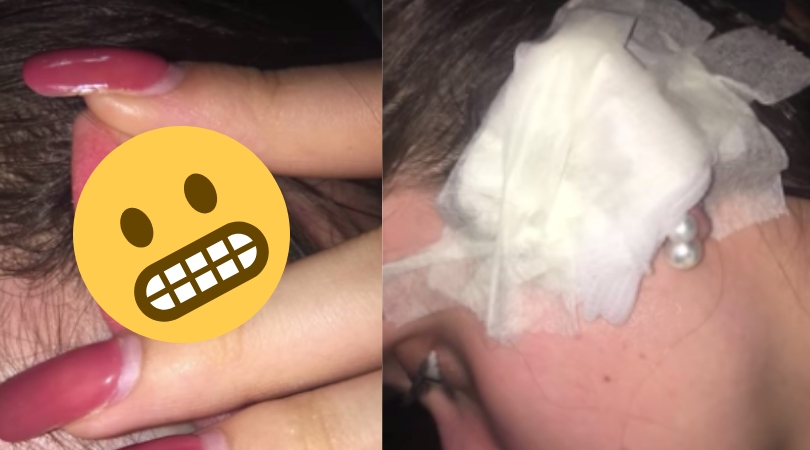 The convenience of getting our ears pierced at a mall kiosk or store like Claire’s can’t be beat. But going to such a place could result in some nasty health problems. Those locations typically use piercing guns, and John Joyce, owner of Scarab Body Arts in Syracuse, N.Y., told Good Housekeeping that the guns cannot be adequately cleaned between clients.

Joyce, who has been piercing customers for 18 years, said “piercing guns cannot be sterilized because they are made of plastic. The plastic would melt in an autoclave.”

And even if a gun is wiped down, it can spread dangerous diseases, including hepatitis, if contaminated blood is still inside. Piercing guns have also been known to cause tissue damage, as “the intense pressure and speed of the gun’s spring-loaded mechanism is [occasionally] not sufficient to force the blunt jewelry through the flesh,” according to the Association of Professional Piercers.

Joyce stressed the importance of finding a properly trained professional to perform piercings — and many mall locations don’t have one. “I can’t speak for all mall stores, but the ones I have spoken to have had very rushed training,” he told Good Housekeeping. “It’s usually just ‘watch me do this a couple times,’ then maybe watch a video.”

He recommended asking how much experience a piercer has before committing. “A good professional piercing apprenticeship usually lasts between 12 and 18 months,” he said. “You wouldn’t even attempt a piercing for at least the first six months.”

A great example of a piercing gone wrong is from YouTube user, Isabelle Siva, who explained her, let’s call it “not so pretty” experience when it came to piercing her ears at Claire’s. Siva decided to get her cartilage pierced at the store, quickly realizing something was wrong. After going to the doctor, he told her that her ear was so infected, she ran the risk of it literally falling off.

Read more about the dangers of piercing guns on the Association of Professional Piercers’ website.