Houston Mom Gives Birth to Sextuplets In Only 9 Minutes! 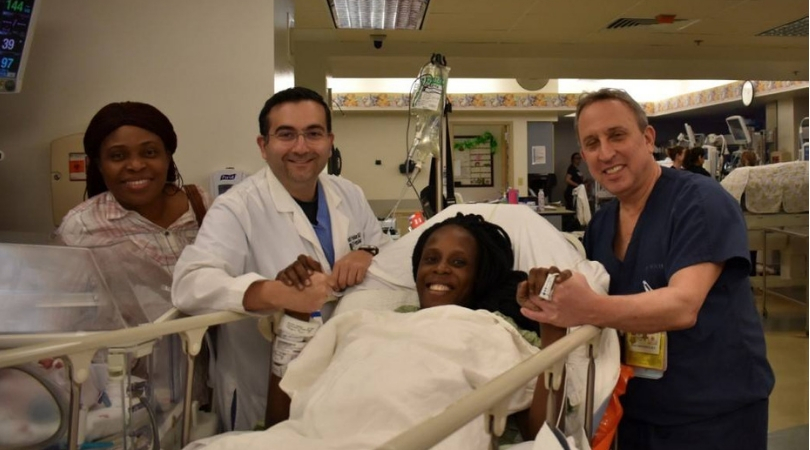 It looks like Thelma Chiaka is going to have a very busy and hectic month, after giving birth to six newborns, all from 4:50 to 4:59 a.m.

The Houston Mom delivered her sextuplets at the Woman’s Hospital of Texas, giving birth to one set of twin daughter, Zina and Zueirel, and two sets of baby boy twins, who have yet to be named. Now, this is really impressive since the odds of giving birth to sextuplets is 1 in 4.7 billion! It would be more likely to get struck by lightning twice, which is 1 in 9 million or win the lottery, which is 1 in 302 million.

In 1968, a woman in Birmingham became the first to give birth to 6 children at one on the NHS. There were a total of 28 medical staff at the delivery, because well, that’s 6 babies at once. In 1983, Janet Wasp also made history for giving birth to the world’s first all-female sextuplets in Liverpool.

Walton wrote about her experience of raising 6 children at once in her memoir, “Six Little Miracles: The Heartwarming True Story of Raising the World’s First Sextuplets Girls.”It was published in 2015 and can be found here on Amazon. It’s definitely a good read if you’re into loving family stories.

Now in 2019, Chiaka is sure going to have a wild few days, to say the least. According to hospital records, all six weighted around two pounds, ranging 12 to 14 ounces. All newborns are all in stable condition and are in the advanced neonatal intensive care unit. Chiaka is on her way to a speedy recovery as well.

The Woman’s Hospital of Texas claims to delivery over 10,000 babies a year, the most in the state! The hospital has served women of Texas for over 40 years. Congratulations to Chiaka, you’re one strong woman!