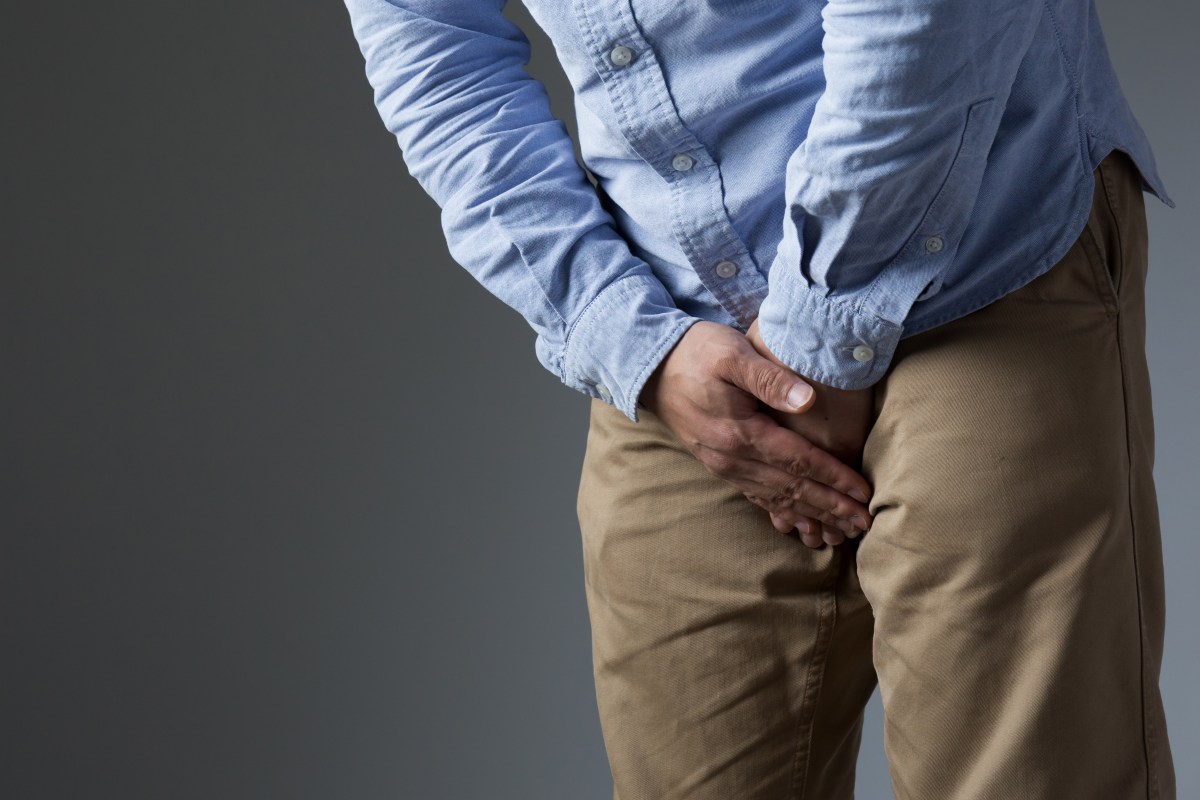 Desperate times call for desperate measures, and if you’re smuggling less of a lap hog and more of a teacup piglet then you’re likely feeling desperate at all times. But desperate enough to yank on your knob like it’s a lawnmower that won’t start? This penis enlargement technique is called Jelqing and, yeah, some dudes are down to try it.

If I’m being honest I can’t say my interest hasn’t been piqued. It has. Because I have a penis that isn’t (yet?) the size of a terrifying Florida python, so penis size is on my mind fairly frequently. Width, girth, maybe even some sort of fourth-dimensional enlargement if that’s possible. We’re all pretty much game for anything, hence why Jelqing exists.

What is Jelqing? The short answer is it’s just yanking on yourself until you get your penis bigger. Jelqing exercises consist of waiting until you have a nearly erect penis. (Not a full erection.) You then make your thumb and index finger into a circle and slide them from the base of your penis until you reach the base of the head, then pull. For like twenty minutes. It’s also recommended you use lube. That’s supposed to create micro-tears in the penile tissue, which will then be repaired by cells, extending your shaft. It also trains the blood vessels to hold more blood. Boom. DIY male enhancement, right? Just a little natural penis enlargement you can do while watching the Star Wars prequels on TNT on a lazy Sunday.

Ehhhhh. Urologists and other medical professionals do not, in fact, think a daily Jelqing routine is the key to turning your sad small penis into a mightier, bigger penis. Not only does the medical community not believe Jelqing will increase penis size, but they are also fairly certain it’s going to, medically speaking, jack up your wang.

Scar formation, erectile dysfunction, blood vessel tears, blood flow problems, problems with sexual performance and other side effects may very well plague you if you decide to physically abuse your penis because you heard this is how people in the Middle East gave themselves big dongs a thousand years ago.

Unfortunately for men, there is no guaranteed safe way for them to increase the size of their penis. Even penis enlargement surgery comes with serious risks, and the medical community is equally dubious about the effectiveness of penis pumps. For now, it seems we’re all stuck with what we got.

This story was originally published July 22, 2019.

Watch: Why You Should Visit the World?s Largest Penis Museum