Have a Kidney Stone? Here’s Why You Should Ride Roller Coasters 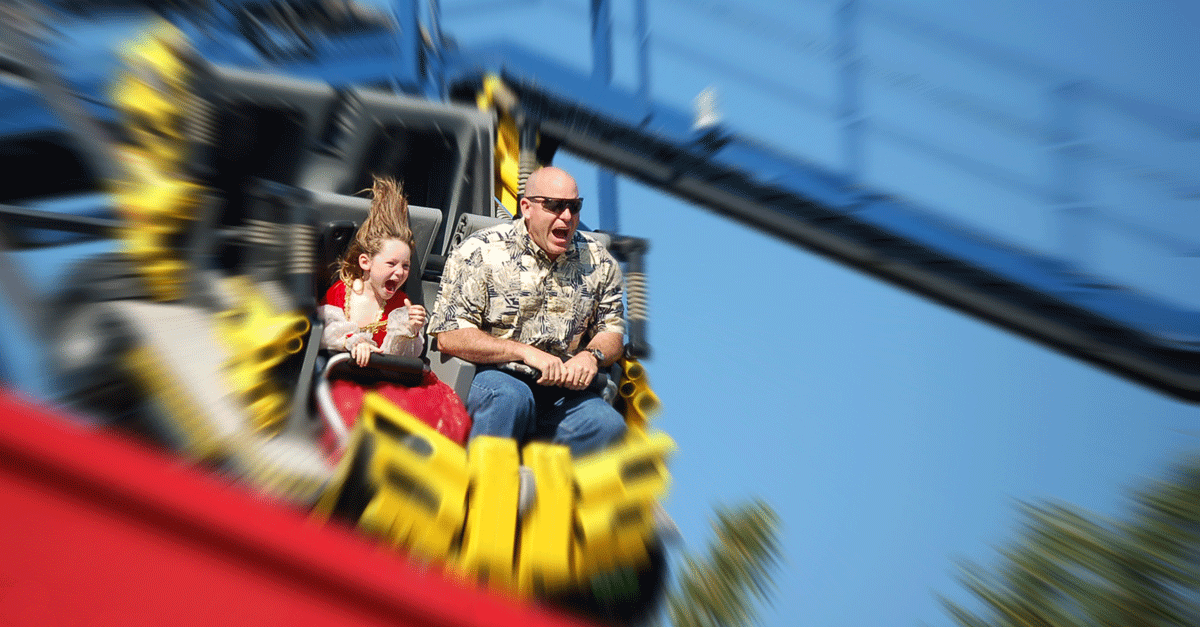 I don?t know about you, but roller coasters are pretty much the thing that keeps me going every time I go to an amusement park. But, have you ever heard the words kidney stones and roller coasters together in a sentence? Me neither, but apparently it?s a thing. A team of researchers rode a roller coaster one too many time than they should have, to figure out why roller coasters trigger the passage of small kidney stones. Yup, with the help of a 3D-printer model of a kidney with urine, scientist have solved the mystery! Or so they think.

A study published by the Journal of the American Osteopathic Association, urologist David Wartinger and his colleagues at Michigan State University College presents evidence to support the wider claim that riding a roller coaster, with modern intensity, can help people pass small kidney stones. Why is this good? Well, this could help in the development of rather unconventional therapy for patients worldwide.

Scientists found that when riding in the back train of the rollercoaster, 64% of stones in a model kidney passed with ease. Find out more 👀 https://t.co/2yfw7eMOkY #kidney #science #rollercoaster pic.twitter.com/pUOCa4B8Jv

Kidney stones are a mass of salts and chemicals found in urine. The passing of these kidney stones can be an excruciating experience, especially when the tones are large. The bigger they are, the harder they are to pass, which is why it’s crucial to get them out before they get too large to reduce risk and discomfort.

Although urologists are familiar with common triggers, prior to this study, no one has virtually tried to find out what easily prompts a kidney stone to pass through the urinary canal. It is common for pregnant woman to pass kidney stones due to the increased vitamin intake. Physical labor will sometimes loosen it, as well as bouncing on a trampoline, bungee jumping, dirt bike riding, and the most ridiculous thing of all, violent sneezing! The truth of the matter is scientist haven’t been able to isolate a single trigger, which is why roller coasters seem to play an important and even reproducible role.

Wartinger stated his decision for the study was after he saw how a series of his students returned from Spring Break with stories of passing kidney stones after riding the Big Thunder Mountain Railroad at Walt Disney World in Orlando. He explained how the moment his students and he realized they had to conduct a full study was when the patient stated they rode the coaster three times, and after each consecutive ride they passed a stone.

That is when Wartinger and co-author of the study, March Mitchell, used a 3D printer to create a clear silicone anatomical model of the male patient?s kidney, They filled the model with the patient’s urine and placed 3 kidney stones of various sizes in the lower, middle, and upper pathways of the simulated kidney. They sealed the model, put it in a backpack, and off the Disney World they went.

With permission from the park, of course, the researcher placed the model in a backpack, hopping on the Big Thunder Mountain Railroad Ride, holding the model between themselves at approximately the position of a real kidney. This allows them to stimulate the force that would be felt by a real person.

The scientist did this for 20 times, (which I don?t understand how they didn?t throw up) collecting data every time they got off. They then decided to go to Space Mountain Railroad Roller Coaster and the Walt Disney Railroad, for a total of 60 rides. At the end of the day, they found that the patient simulated kidney, sitting in the back of Big Thunder Mountain railroad, resulted in a total passage rate of nearly 64 percent. Front seat rides produced a passage rate of nearly 17 percent. Meaning, the powerful and random forces jarred the stone loose, guiding it through the passageway.

So what does this mean for anyone with kidney stones?

Well, riding a roller coaster might actually work. Yet, of course, everyone is different and might not respond the same way. Put it this way, it?s like a fingerprint, each person has a unique key passage pattern so they are all going to have their ?ideal? kidney stone jostling roller coaster ride.

Obviously, we are not telling you to go ride a roller coast 60 times, but if you have a stone smaller than four millimeters, it may help you pass it before it becomes large enough to get stuck in a tube and cause extreme pain. So if you?re into roller coasters, and suspect you might have a small kidney stone, by all means, get yourself to Disney World!