Man’s Runny Nose Turns Out To Be Leaking Brain Fluid 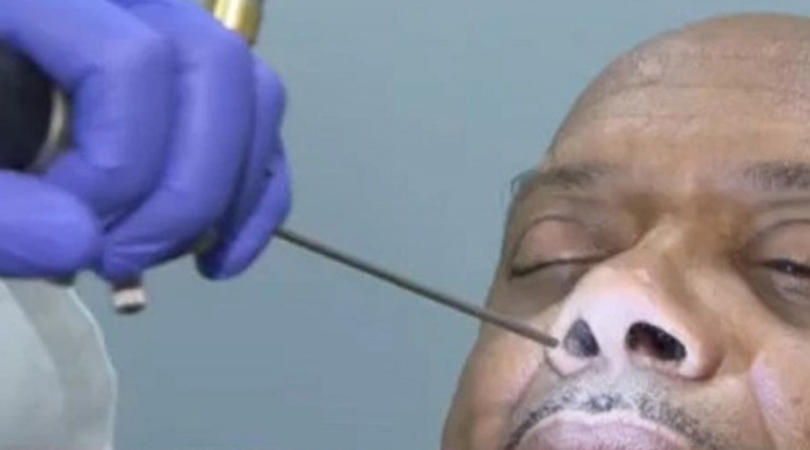 Well…this is definitely a new one. You know sometimes you wake up in the middle of the night not being able to breathe because of allergies? Then end up the whole day with a blocked nose and then out of the nowhere it turns into a runny nose because sometimes life can be terribly unfair? Yeah…that’s what this guy thought he had.

But he was wrong though….so so, wrong. According to Greg Philpotts, it all began last Thanksgiving when he, unfortunately, ruined the food for his family. He was preparing a meal and his runny nose fluid fell into the food. Philpotts said he had been battling with what he thought were allergies for the past five years. stuffing tissues up his nose every day.

He suffered from allergies so much that several doctors diagnosed him with pneumonia and bronchitis a few times a year. It was a “normal” thing for him to wake up at night coughing and unable to breathe.

He thought it was just allergies or even just a runny nose. It turned out to be something he needed surgery for. It’s all next at 11 #ABC11 @MountSinaiNYC pic.twitter.com/Z5ZsU5s3G2

Finally, he saw Dr. Alfred Iloreta at Mount Sinai Hospital in New York, quickly learning it was actually a cerebrospinal fluid leak. A leakage of fluid that surrounds the brain to cushion it “primarily to protect it” from any trauma or shock. At times, when one has this leakage of fluid from the brain, it can evolve into an ascending infection. Bacteria travel from the nose to the brain resulting in meningitis. Meningitis is a viral infection causing inflammation of the brain and spinal cord membranes. Without treatment, the infection can be life-threatening, requiring urgent antibiotic treatment from medical experts.

Afraid of how long he had been suffering the leakage, doctors performed a minimally invasive skull surgery, using a flat or tissue harvested from Philpotts body to correct the problem. According to the man, after the surgery, he felt like he could breathe again after being congested for so long “Have you ever been so congested that you can’t breathe?” Phillpotts said. “All of sudden you can breathe again and what a relief that was!”

Medical experts are now asking people to watch out if they have a runny nose on one side of their nostril, or if there’s a salty taste associated with it that comes with an intense headache.

So basically….we can’t even get sick anymore because it might have something to do with our brain. To my low immune system people out there, I’m so sorry, there’s one more thing to worry about this winter! Bundle up and get your flu shot’s everyone! It’ll save you a brain surgery and a thousand dollar bill.

Watch: When to Get Your Flu Shot