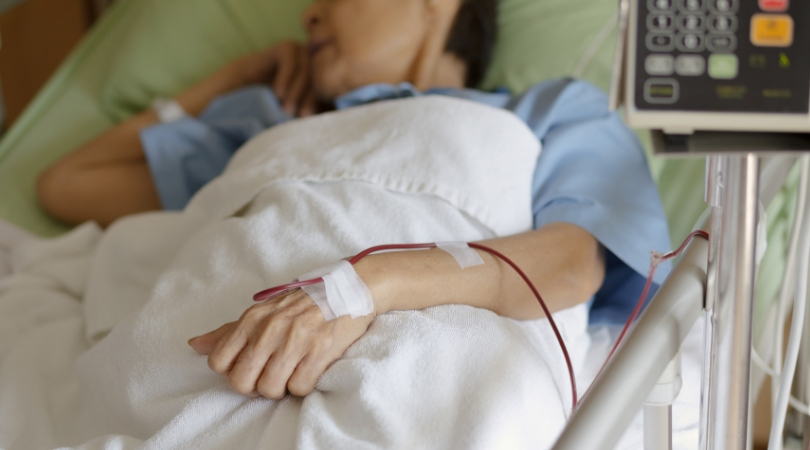 A patient at St. Luke’s Hospital in Houston, Texas, died in December after allegedly receiving a transfusion of the wrong blood type, which prompted an investigation by authorities. According to a report, there were several deficiencies when it came to the patient’s care.

Through a statement, Baylor St. Luke’s Medical Center President Doug Lawson said patient care activities did not meet their standards or expectations. The Centers for Medicare and Medicaid Services reviewed the initial results of the patients after her death following the transfusion error in the Emergency Department.

The 75-year-old woman was admitted to the hospital after having a brain hemorrhage just before Thanksgiving. Health experts believe her body retained too much fluid after an outpatient dialysis treatment. Which is why the doctor ordered an immediate blood transfusion.

According to the Houston Chronicle, medical staff put in a request to St. Luke’s laboratory for blood products, but marked down the wrong blood type. Fortunately, the lab was able to catch the mistake, sparing the woman from harm. Four days later, hospital staff committed a similar mistake only this time the lab didn’t catch the incident on time.

After receiving a blood transfusion, the 75-year-old began to have complications. The woman’s blood type was B- but was given A+ plasma instead. Medical records showed the women endured four cardiac arrests within three hours and died the next day. Staff was said to mistake the woman’s blood for a patient who was in the same room before she arrived.

The hospital is now under investigation after this is the 122 incident in which staff at St Luke’s made mistakes involving labeling of blood over a four-month period from September to January. This according to reports by the Centers for Medicare & Medicaid Services. The hospital released a 99-page report explaining the incidents along with a plan for how they intend to correct the problem.

Fact Of The Day:
Feb. 27, 2019:
Of the 8 different blood types, O-positive is the most common in the US (38%). Other notable blood types include: AB-positive, because a person who has it can receive any blood type. O-negative blood, because it’s compatible with any blood type.

The hospital also reportedly showed poor outcome following heart bypass surgery, a high rate of patient deaths after lung and liver transplants, several complaints about inadequate nursing care, and a physician’s lawsuit alleging he was retaliated against for raising concern that some patients had received unnecessary medical treatment in the ICU.

Lawson did call the findings “deeply disappointing” and is waiting for a comprehensive audit of patient care practices of the hospital in a few weeks, but the board has already made changes to comply with federal standards. This includes an intensive training program to ensure blood samples are labeled correctly and the hospital has also enhanced it’s quality improvement program, making it easier for staff to report patient safety officers to any senior leadership.

Watch: Do You Know the Differences Between Advil, Aleve, Tylenol, and Aspirin?