Why Peeing In the Shower Can Actually Be Good For You 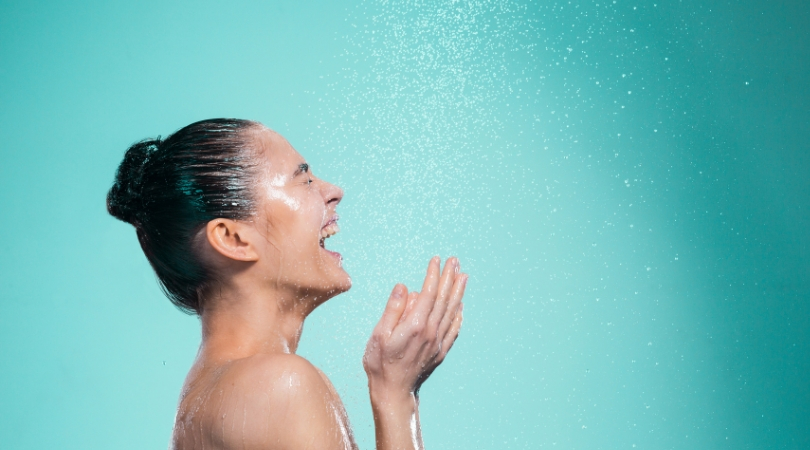 Peeing in the shower. Admit it, we have all done it once or twice. Let’s face it, it’s perfectly normal. Honestly, it’s our best-kept secret because, well, no one wants to say they pee in the shower. Just like no one wants to say they pee in swimming pools. (Yes, admit it, you pee in pools too.) Well, you’re not alone, because according to Shape, a recent study conducted by Angie’s List stated nearly 80 percent of adults admitted to having a little pee session here or there under the shower.

I mean, who can resist the feeling of rushing water flushing away all your toxins at once, right? You save water, time, energy, and toilet paper! So, technically, it’s good for the environment and good for your water bill. It’s like a multitasker’s dream. It can also be healthier for you because it stops you from holding in your pee, which could lead to an annoying and painful UTI. Ain’t nobody got time for that.

Peeing in the shower once a day saves 2,500 litres of water per person per year apparently.

Scientists say it is actually not as gross as we make it out to be. If you think about it, urine is not sterile, even if you’re healthy your urine can continue to have low-level of bacteria. But, because there is a constant stream of running water to wash your pee down the shower drain, there is no significant hygienic risk. So yes, your pee is filled with bacteria, but no more so than our other bodily fluids like snot or sweat that get washed down the drain pipe every day. Urologist and director of the Center for Male Reproductive Medicine, Philip Werthman, M.D., stated it was perfectly normal to pee there as long as, well, you’re not stewing in it. So don’t try and bathe in it because that would just be crossing the line.

The survey found that not only do people pee in the shower, but we all become entertainers. For example, nearly half of us sing and a quarter of us like to multitask by taking care of cosmetic fixes such as brushing our teeth. As far as washing ourselves? When it comes to men and women, we are split pretty evenly, men favoring plain washcloths and women favoring natural sponges or loofahs. 10 percent like to use their hands, the way nature intended, and brace yourself, one perfect of survey users stated they will only shower while wearing rubber or latex gloves! Which personally, I really don’t understand how someone uses latex gloves while in the shower. Is this a thing? Are they bleaching something? I need some answers here, people. Conduct another survey, please.

Cheers to another year of bathing. Are you spending New Years in the tub or in the club? 🛁🥂💗 / photo by @violetvioletseattle

So to conclude this whole scientific study that is probably true, or maybe not, if you are squeamish about any bodily functions, then you’re welcomed to use a regular toilet. But, if you’re in the shower and really really need to pee, then go right ahead and skip the toilet seat. There is no harm in shower-peeing…or so science says. Pee freely and go with the flow, friends.