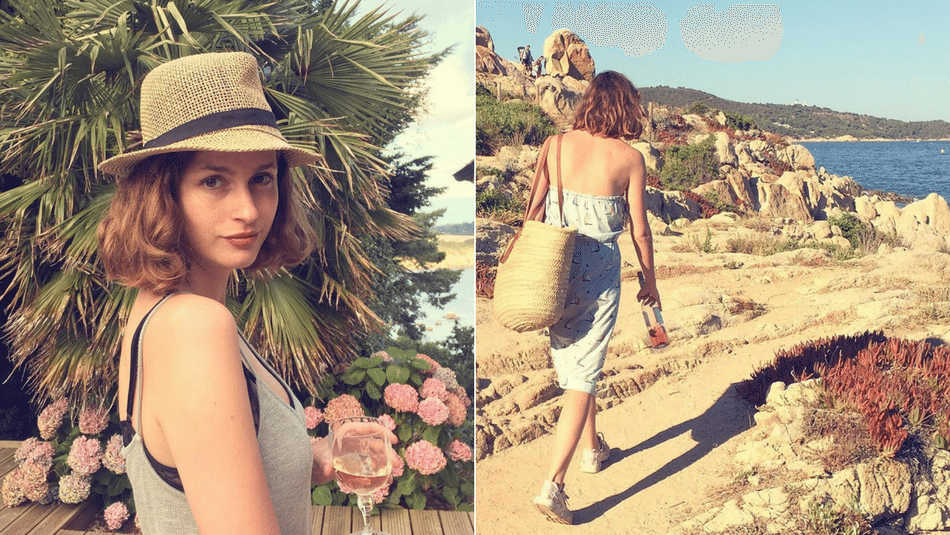 Certain major social media happenings are hard to not notice. Thus, you’ve probably heard about Louise Delage by now. For those of you who haven’t heard about the curious case of Ms. Delage, though, let us quickly fill you in.

Louise Delage’s take on Instagram isn’t anything special. It’s trite. It’s the expectation. It seems to be twenty-something template-based. We all have a friend who presents him or herself to the many eyes of the social media world the way Delage does. These people present a carefree, relaxed lifestyle filled with friends, sunshine, and booze. We admire it, and they thrive on it.

Hence, many people follow accounts like Delage’s out of envy-fueled longing. They wish that they weren’t stuck in their nine to five cubicle-wall prison.

Following accounts like Delage’s helps them briefly escape from their responsibilities. They like photos blindly, double tapping anything with a glass of champagne or a kitten, and we can’t blame them for doing so.

Others, however, see such lifestyles as undeservedly hedonistic. “How does she afford all of that travel? How does she have the money to drink every single day? What does she even do?”

That being said, at the time this piece was written, Delage boasted an astounding 91.3k followers. Her life of languid lounging and libations didn’t seem to raise too many eyebrows.

As we said before, we all follow someone like Louise Delage. She was just another 25-year-old doing whatever the hell 25-year-olds do, and people were responding.

As it turns out, however, Delage’s Instagram account was more about the booze than her sun-kissed photos initially suggested. Each and every photo, hashtag, and follower was produced and procured in order to spread a message about addiction awareness.

As Cosmo puts it, Louise Delage “was … completely fake — created by an ad agency to secretly share an important message about addiction.” The campaign, cleverly portrayed as Louise Delage’s life, was made for Addict Aide. They created it in an attempt to illustrate just how easy it is to look at someone suffering from addiction with glazed-over eyes of envy. And it worked.

The account eventually posted the above video, dubbed “Like My Addiction.” With 234.9k views and 1,602 comments at the time this article was written, it’s clear that the video’s message reached many people.

The real question, though, is whether you agree with that message. Do you feel that liking a photo enables addiction? Or is a like just a like? We’ll leave that distinction up to you.

Read More: Kylie Jenner tanks Snapchat’s market value by $1.3B in one tweet