Scientists Say Workdays Should Start at 10, Because Starting at 9 is Literally, Actually Torture 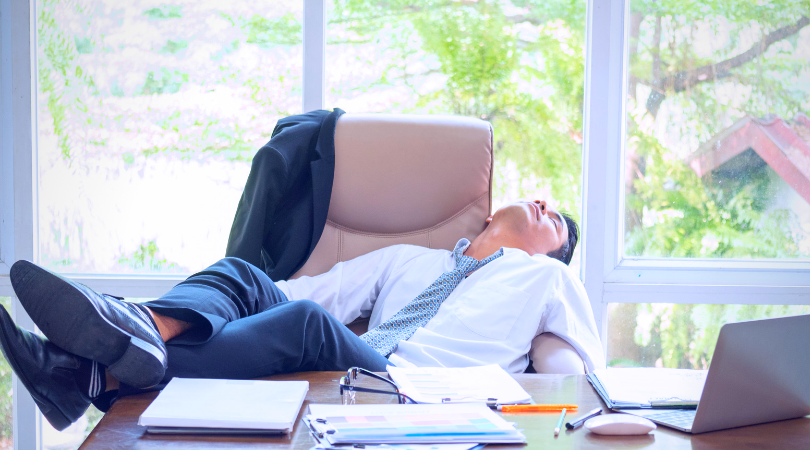 There isn’t a thought in your head. You are at peace. In a deep sleep. Finally. Your body and mind are recovering from another endless, exhausting day — filled with responsibilities from sunup until you collapse onto your bed at whatever hour the last menial task of your day is completed.

An erupting alarm rips through your peaceful slumber like a formation German Stuka dive bombers screaming downward at Warsaw on a quiet Friday morning. Wake up, loser. Time for another day. Oh you only got five hours of sleep? Sorry sweetheart. You want another paycheck you better wake the hell up. Sucks to suck. Have a dog? Take out the dog. Pack the kids’ lunches. Kiss the partner or spouse you never have sex with anymore. Drink your first coffee of the day, or take some sort of amphetamine if you either have a prescription for it or have a buddy who skims some pills from his ADD kid’s ‘scrip and sells it to his zombie friends. Eat a pathetic, unsatisfying breakfast bar and then off to a full day of work. You’ll be back home after 8 hours of that plus forty minutes in soul-sucking traffic with a fresh hell of evening chores and tasks to complete — maybe some taxes? Fun!

Does this sound like torture? That’s because it is torture, according to Dr. Paul Kelley, a leading researcher at Oxford University. If you’re under 55 years of age the 9 to 5 workday is taking a torturous toll on your body, not unlike the kind of toll CIA interrogators exact when they employ sleep deprivation to get answers out of terrorists.

The moral of the story is that if you’ve ever thought, “This isn’t natural,” while practically freebasing coffee to keep your eyes open and heart beating until 5:00 p.m. it’s because doing that is definitely not natural.

According to Dr. Kelley work should start at ten in the morning rather than nine because of the patterns the human liver and heart follow. The earlier start to the day leads to sleep deprivation that not only affects our bodies’ physical, mental, and emotional performance but also irreparably alters our gene functions.

The problem of sleep deprivation goes all the way back to our days in school. Teenagers are generally more physically predisposed than other age groups to be awake until midnight, which means an 8:30 a.m. school start time is brutal for their developing bodies and minds. (If you’ll recall, every school day sucked until lunch at least.)

One British school actually experimented with pushing back the start time of the school day (which would benefit not only the students but the effectiveness of the teachers as well, one would assume) and lo and behold both grades and attendance steadily improved. Apparently, when something ceases to be literal torture it becomes more enjoyable.

Dr. Kelley believes that simply moving the start of the workday back — not lowering the hours worked, just moving the start back — would result in a happier, healthier, and more effective population.

Until then, however, frantic caffeinated mornings and funeral march afternoons look to remain the norm.

Watch: The Best Natural Sleep Aids: 12 Plants and Foods That Help You Snooze