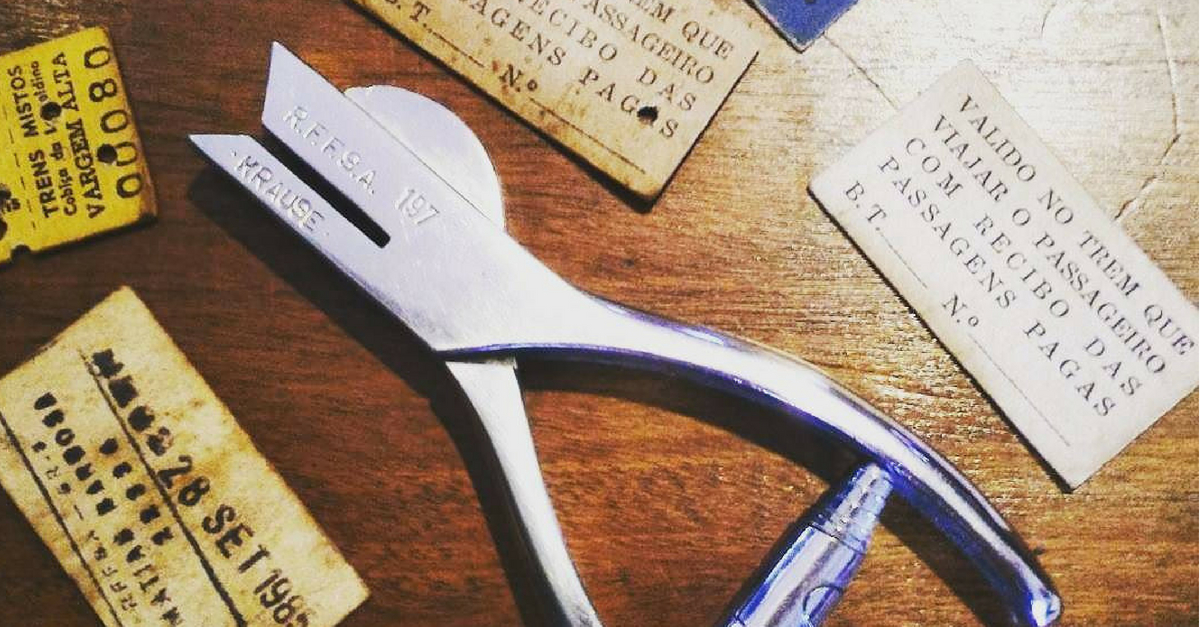 Over 131 years ago, if one wanted to punch holes into their paper, they had to do it the old-fashioned way: by hand. For as long as we can remember, the paper hole punch has been an essential artifact in schools and modern workplaces worldwide. These creative inventions are usually used for organizational purposes, keeping papers together and in order. Here’s a brief overview of hole punch history because it’s one of the most important office tools we have today, even in a digital world.

The first patent for a hole puncher in the U.S. was given to Benjamin Smith. Smith was known for creating different tools and coming up with creative designs before focusing on the hole punch. His design had two metal pieces with a hole in the bottom, as well as a sharp cutting implement on the other end. The two pieces were attached using a spring, giving the single-hole punch strength to go through sheets of paper.

In 1893, inventor Charles Brooks created a different version of the paper punch which he called a ticket punch. Brooks’ design was different from Smith’s in that it included another part that held the pieces that were punched from the paper. This design is similar to the modern-day hole puncher.

Hole Punch As An “Artifact of German Engineering”

Google celebrated the anniversary by creating a Google Doodle on November 14th, 2017, praising the “artifact of German engineering.” The Google Doodle was created by Gerben Steenks and featured several colorful confetti byproducts, with a dancing paper being hole punched.

Steenks described the celebration and the drawing as,

“A familiar scene with a familiar tool: the gentle rat-tat-tat on the table as you square up a dangerously thick stack of papers, still warm from the printer. The quiet anticipation and heady uncertainty as you ask yourself the ultimate question: can it cut through all this? The satisfying, dull “click!” of the blade as it punches through the sheets. The series of crisp, identical holes it produces, creating a calming sense of unity among an otherwise unbound pile of loose leaf. And finally, the delightful surprise of the colorful confetti byproduct – an accidental collection of colorful, circular leftovers.

German engineering? Yes, there was also another design of the hole punch invented overseas. Google focused on the paper hole punch created in 1866 by German inventor Friedrich Soennecken. Soennecken was an officer and supplier from the town of Remscheid, Germany. He then later created his own company called F Soennecken Verlag in 1875. He filed a U.S. patent for a device called the Papierlocher für Sammelmappen, or to make it easier for us here in the United States, The Paper Punch For Binders.

His purpose? He needed a faster and neater way to create identical holes in a paper he wanted to bind after creating the two-ring binder. His invention led to designers in other countries, such as Smith and Brooks, to work on perfecting the invention.

Although the first hole punch he created was a two-hole punch, today people are used to hole punching using the three-hole punch, four-hole punch, or even five-hole punch machines. It’s safe to say these inventors slowly but surely changed the world for the better! Their creations have become an essential part of any office or school, making them one of the most purchased gadgets in history.

There are even designs that one can use to punch shapes such as stars or hearts to make the page look a bit more creative. Three cheers for organization. With inventions like these, who knows what else will be created in the 21st century?

Read More: All about the interesting life of Hedy Lamarr, the Hollywood star behind Wi-Fi and today’s “Google Doodle”