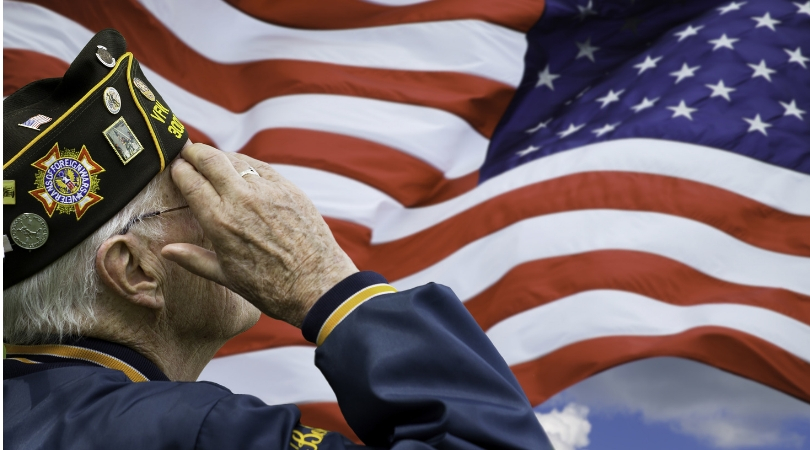 With Fourth of July around the corner, several Americans are getting ready for the big celebration. Whether it’s a big barbecue or a day at the museum, we all know that there is one thing that should be present: the American flag. So, while many people know how to properly salute the flag or say the Pledge of Allegiance, not many know just how to properly care for these flags. This includes what to do when it comes to “flag retirement.”

In honor of Independence Day, here is your official guide as to how to dispose of an American flag without it losing its patriotic value. First, let’s talk about when it’s time to retire your flag. There are many misconceptions about the flag, one being that as soon as it touches the ground, it should be burned or retired. Well, not necessarily. Sure, keeping your flag aloft is ideal, but it doesn’t mean it is automatically doomed to retire if it touches the ground. You should clean it and make sure there are no tears, rips, or soils, and then place it back up on the flag pole.

So how do you know if it should be retired? According to the United States Flag Code, Title 4, Section 8k, the flag should be retired when it is in such condition that is “no longer a fitting emblem for display” and should be destroyed in a dignified way, preferably by burning it. Basically, you are retiring the flag because it is no longer fits to serve the nation. I will say that sometimes all your flag needs is to be cleaned properly to be resorted to its original appearance, extending its life. If that is the case, flags can easily be washed with mild detergent and cold water, then hung to dry off and laid flat. It’s Important not to fold the flag when damp. But if you see the flag has no more life in it, then yes, it’s time to go.

Who is authorized to retire a U.S. Flag?

The short answer is anyone. The U.S. Flag Code does not authorize any particular organization with the duty of retiring flags. Any person or group can do it. However, flags should only be retired in a non-public or private location, and the ceremony should be a dignified event. There is no “official ceremony required” or recommended.

How can I dispose of an old worn out flag in a dignified way?

The most common and preferred way to retire a flag is by burning it. If it is old, worn out, or torn, then that’s your best bet. Although some think this is wrong or a sign of rebellion, it’s technically not. Burning or cremation has long been considered a dignified way to pay respect to someone who is deceased and to objects that are worth veneration. Burning the flag offers a reverend method of, let’s say “final tribute.” The flag should be correctly folded (you can find a step by step guide here) laid on a bonfire and burned patriotically while having someone sing the National Anthem or recite the Pledge of Allegiance. Burning ceremonies are more common for individuals retiring their personal flags in the comfort of their own home.

I don’t feel comfortable burning the American flag, can someone do it for me?

Yes, you can always take your old flags to patriotic organizations such as the Veterans of Foreign Wars, American Legion, Girls Scout of the USA, or The Boy Scouts of America. If you take your old flags they will dispose of them by giving them their proper burial. They are typically burned during the disposal ceremonies, which are held throughout the year. If you aren’t sure about the best way of disposing of your flag, then this can certainly your best option. Usually, the American Legion Post holds a flag disposal ceremony on Flag Day each year.

You also have the option to take your old flags to the United States Postal Service, who also conduct flag retirement ceremonies on Flag Day. The ceremonies are usually attended by residents or veterans who want to pay tribute to flags. See, told you, there are a lot of options.

Can I keep my old flags instead of retiring them?

Certainly. American Flags hold so much value, so it’s normal to want to keep them. At the end of the day, the best way to know if your flag has come to an end is by trusting your instincts. If the flag is unable to be repaired or is too tattered, then yes, it’s time to go. If you don’t feel comfortable with the methods above, remember you can always bury your flag by folding it and placing it in a small box. The proper way to bury the flag is to honor it by saying the Pledge of Allegiance and place it in a dignified wooden box that can serve as the flag’s vessel while buried. Think of it as a small funeral for your flag.

You can also shred it by slowly separating each section, meaning cut the thirteen stripes and leave the blue star-spangled field intact. After the flag is cut into pieces, place it in a small box and bury it as you normally would or burn the pieces one by one.

I know, I know, it’s a whole process. But one of the reasons so much care is put into disposing of a US flag is not just because it is signified as a sacred by symbol the United States, but it also represents a living country “and is considered a living thing.” So yes, it represents our everyday lives by doing its duty. So why not do ours and show it back some respect? It’s called flag etiquette, friends.

Watch: A Rare look at the U.S. Presidents: Thomas Jefferson