Does anyone else know more facts about Ted Bundy than their own sibling? Yes? Same here. I can’t recall my best friend’s birthday, but I can tell you the exact date of the arrest of Richard Ramirez and more. Being a fan of true crime is a bit morbid, but it’s fun to dig into murder mysteries, which is why I’m excited to give ‘Hunt A Killer’ a try.

If you keep your TV on the Investigation Discovery channel all day or listen to true crime podcasts, then you’re going to love Hunt A Killer. This isn’t your typical murder mystery game (like Clue). It’s a subscription box service that allows you to solve a murder storyline. This game unfolds over a season of six episodes. You’ll eliminate one suspect each month. After six months, you’ll be able to catch the killer.

Hunt A Killer writers are here to give you unique crime stories to solve each season. Once you get your first box, you’ll need to set aside time (possibly each day or week) to figure out who the mysterious serial killer is. It’s time to dig into your inner Agent Hotch and Penelope Garcia. Let’s catch this unsub.

Let me guess, you’re a bit cocky and think you could’ve caught some of the most notorious serial killers of all time, in under weeks, huh? We’ll see about that. I’m so excited to try this! The mystery box customer reviews are fantastic. Also, here’s a huge perk. For each box sold, Hunt A Killer donates to the Cold Case Foundation.

Joshie says, “We have had a blast with this!! Combining the fun of a good mystery novel, plus the actually having to figure out for yourself what happened. There’s no waiting to see what the protagonist knows because we are the protagonist. And to top it off, the materials in each box are high quality and make the adventure feel real. And just like any good mystery, it isn’t always easy to whittle down the suspects.”

See? It’s not easy. You wouldn’t want this to be too easy, though. I love a challenge, and this will really put my crime scene knowledge to the test. I binge crime TV shows on Netflix all the time, and I can’t help but feel like I have a knack for true crime. Maybe it’s just women’s intuition, who knows? Don’t worry if you get stuck. You can always ask for help through the online community. (Um, this sounds like the Netflix documentary, “Don’t F**k With Cats.”)

The official groups are spoiler-free, so you’ll be able to stay on track without having someone ruin the game for you. I’m happy this game exists. Now my true crime knowledge doesn’t feel like it’s going to waste. Hunt A Killer Co-Founders Ryan Hogan and Derrick Smith first started Hunt A Killer as an immersive camp a few years ago. Thankfully, they decided people at home needed the experience as well.

Our Review of Hunt A Killer

The first night of playing Hunt A Killer was the toughest. My first instinct was to look at all of the clues and be very organized and dissect just about every piece of the ‘Moon Summit’ case.

We did have the right idea initially, but it’s best not to overthink the game. If your task is to focus on finding the murder weapon, then only look at details that point to that. For example, pay attention to the victim’s cause of death, wounds, etc. Don’t automatically start making assumptions about suspects and their motives. 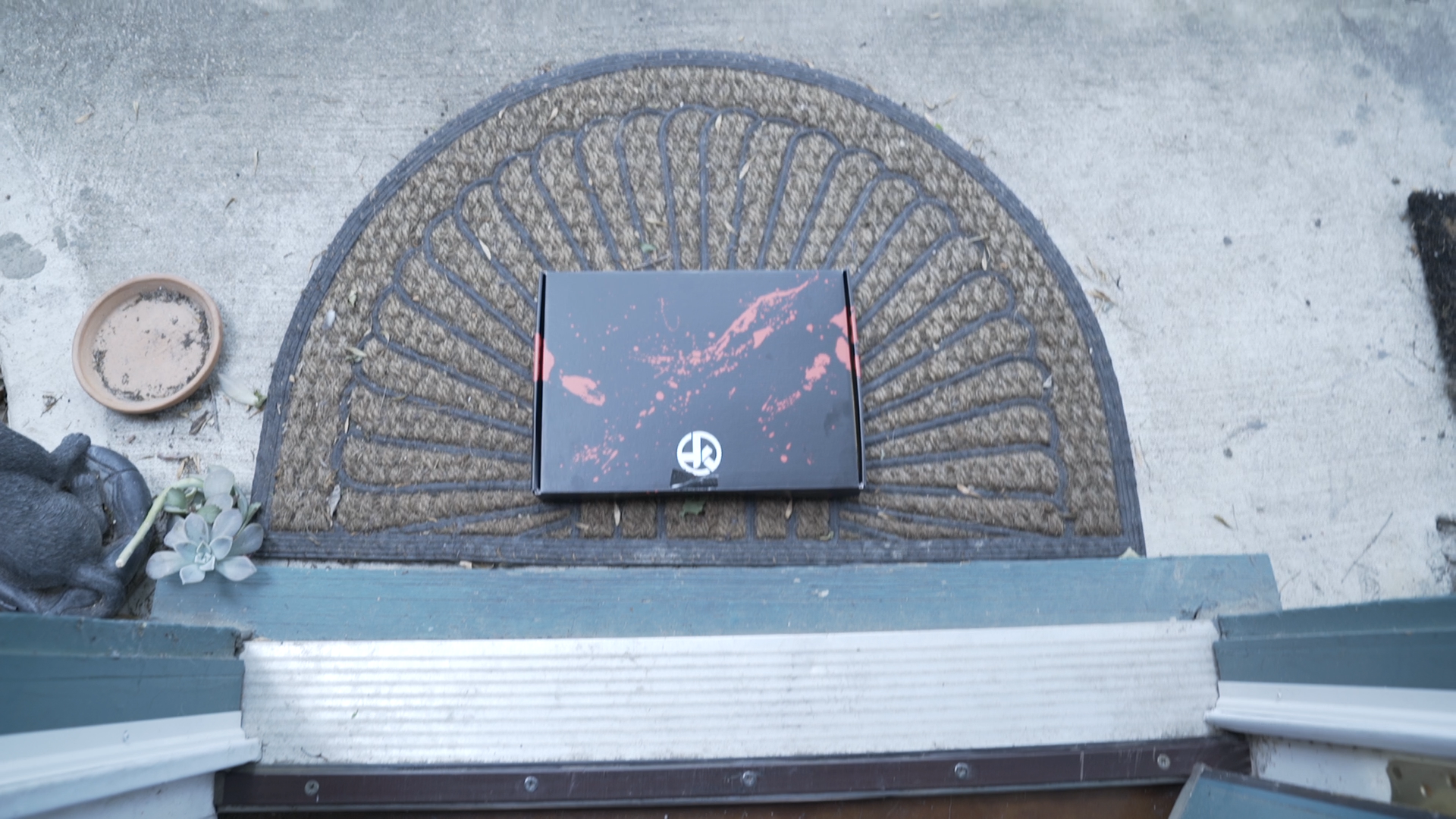 Take it one task at a time. You will make it much harder if you’re jumping to conclusions immediately. After finding the murder weapon, we were finally able to start eliminating suspects. The following four boxes are dedicated to eliminating them.

Again, analyze the information and data that is given to you in the box you’re working on. Don’t think about eliminating three people at once. Think about motives and alibis. Make your choice make sense. Once you eliminate your first two suspects, it becomes much easier.

You’ll have a feel for how you need to think and look at the information. Once it’s time to choose the killer, you’re going to be in shock. The story is well-written, and there are no flaws in the game.

Why We Love Hunt A Killer

It’s time to order your first box and put your skills to the test. Unfortunately, we’re stuck at home due to the COVID-19 pandemic. Although, this is a great chance to have a unique family game night or date night.

As someone who’s in a private Facebook group to discuss paranormal sightings and historical crimes, I have to say, this is right up my alley. If we have similar interests, you’re probably thinking the same thing.

Good luck on your first case. Let’s see if you have what it takes to solve crimes. For more information, visit huntakiller.com.

Watch: The Grimes Sisters’ Murders Remain Unsolved, Even Elvis Presley Pleaded for Their Safety in 1956