If you’re like me you read “Hydrox Cookie” and thought it was something poisonous. Which is terribly ironic in this case. Turns out the Hydrox cookie is not only edible but the grandfather of one of the world’s greatest treats, the Oreo sandwich cookie.

In 1908, the manufacturer Sunshine Biscuits was looking for a name to introduce its newest chocolate sandwich cookie under. They wanted to brand it as something with “purity and goodness”. So they named it after the purest thing- water. The “Hydr” represented hydrogen and “ox” was oxygen. It seems well-intended. However, a few issues arose. For starters, there was a brand in the cleaning industry called Hydrox Chemical Company. They sold hydrogen peroxide.

The similar name caused some grief about the cookie, which did land the brand into some legal battles. In addition, four short years later, in 1912 the Oreo was introduced by Nabisco. The Oreo was Nabisco’s (or the National Biscuit Company, as it was still called in 1912) imitation of the Hydrox cookie. The differences were slight. The Hydrox wafers are crunchier and the creme filling is a little less sweet. That was it. Regardless, it didn’t take too much time for the Oreo cookie to become the preferred sandwich cookie, and nobody knew that Hydrox was the original.

In a downturn of business moves, things just got more bleak for the Sunshine Biscuits product. Once the brand was acquired by Keebler in 1999, the cookie, originally marketed as an “English biscuit” in the shape of a flower, was discontinued. Keebler created their own, sweeter version of the cookie, “Droxies” which remained on the market until 2003 when Kellogg’s took over.

Just a few years ago, the cookie was relaunched by Leaf Brands. Leaf prides itself as the poster brand for bringing back old favorites. Although Hydrox fans were of cult strength, the numbers just weren’t there initially and that resulted in the products getting pulled from store shelves. Now, there’s actually a hefty [virtual] demand for the snack. Leaf acquired the Hydrox trademark, contacted ex-Sunshine Biscuit employees, searched through company records and re-created the OG cookie.

They got rid of the high fructose corn syrup and added real sugar. Hydrogenated oils were also removed. They also boast to be made fully in the USA. Mostly the new Hydrox Cookie is sold online, amazon, for instance. They are working towards getting into grocery stores. Regardless of where they are sold, the Hydrox fans are loving and supporting it. One person even said, “There’s a little bit of childhood in there. This is definitely the Hydrox I remember as a kid.”

Which is honestly so sweet! Congrats to Leaf Brand for making so many people’s childhood dreams come true. Personally, I’d love to try one of these- it is the original after all. Then again, I’m way too impatient to wait for a cookie to ship to me. I’d probably just end up going to any store on any street… and grabbing some Oreos. 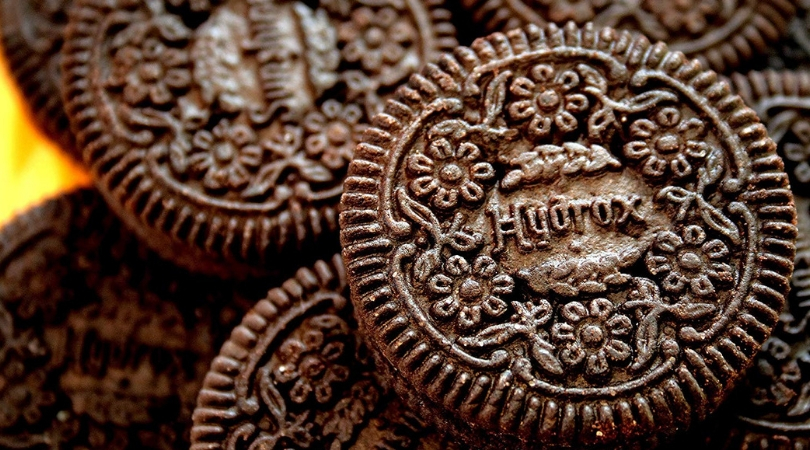