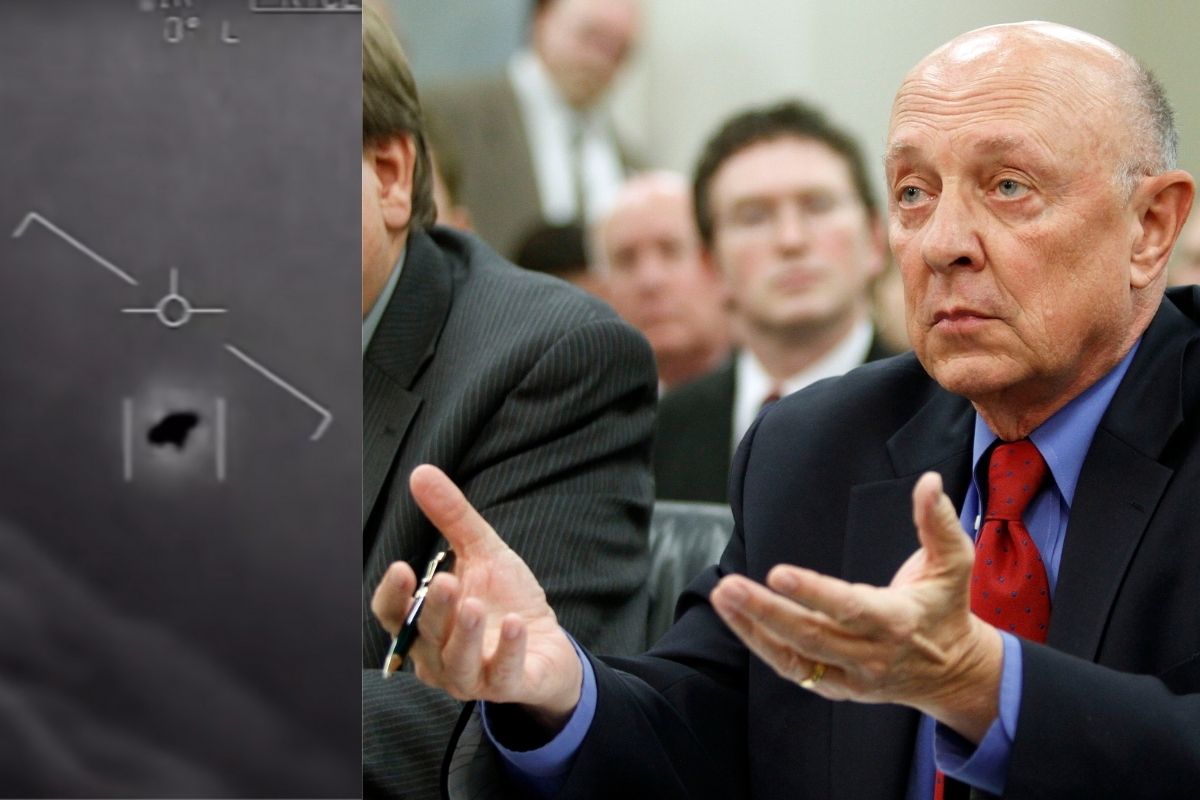 The existence of unidentified flying objects, UFOs, has long been denied by the U.S. government. But in recent years, many former Washington, D.C. officials have been open to discussing the possibility of alien life. This year alone, the Central Intelligence Agency has already declassified an extensive archive of government documents pertaining to UFO sightings. That material has been painstakingly uncovered and uploaded online to the Black Vault.

Now former CIA Director R. James Woolsey has sat down with the Black Vault founder, John Greenwald Jr., and expressed some seriously fascinating beliefs on what extraterrestrial life might lurk out there, beyond the confines of our home planet. He also tells a wicked story about his friend’s personal experience with such mysterious forces.

The Black Vault is a declassified document archive website founded by John Greenewald Jr., full of downloadable, searchable PDFs. In order for Greenewald to obtain the CIA’s recent deluge of documents regarding unidentified aerial phenomena, 10,000 Freedom of Information Act requests were filed. As a result, these once top-secret tidbits of UFO research are now available to peruse at your leisure. It’s the most substantial public revelation since Project Blue Book.

Thanks to Greenewald’s hard work, UFO fanatics, skeptics, or any curious citizen, can learn about the Bosnian who possibly made contact with an extraterrestrial. Or “shadowy forms above the horizon” in Azerbaijan. Seriously, spend a few minutes browsing through the docs, which are truly out of this world, and tell me you don’t feel a little tingle down your spine wondering what might lurk in the vast, vast universe. Personally, I think the grainy quality of the reports adds a deliciously cinematic quality to the scrolling, like a virtual X-files excavation.

Navy Footage Released by the Pentagon

Ambassador R. James Woolsey headed the Central Intelligence Agency under President Bill Clinton from 1993 to 1995 and has held a number of positions in the government, often focusing on national security. His new book, Operation Dragon: Inside the Kremlin’s Secret War on America, asserts that Russia remains a dangerous international power. In particular, Woolsey and his co-author, Soviet defector Ion Mihai Pacepa posit that Russia played a major role in the assassination of JFK.

On April 2, Woolsey sat down with the Black Vault’s John Greenwald Jr. to discuss this new project. Their colorful conversation touched conspiracies regarding the Kennedy assassination and, surprisingly, UFOs. One instance, in particular, convinced Woolsey to take the possibility of alien activity seriously. “There have been over the years now events of one kind of another, usually involving some kind of aircraft-like airframe,” Woolsey said and described a time when his friend was flying a plane at roughly 40,000 feet. Suddenly, it “paused” and cease to operate “as a normal aircraft.” Woolsey also elaborated on his own position:

“I’m not as skeptical as I was a few years ago, to put it mildly. But something is going on that is surprising to a series of intelligent aircraft, experienced pilots,” he said. “And we will just have to see what it is.”

Woolsey is not the first former CIA director to voice his belief in the possibility of life beyond Earth. In December, John Brennan said on the podcasts Conversations with Tyler:

“Life is defined in many different ways. I think it’s a bit presumptuous and arrogant for us to believe that there’s no other form of life anywhere in the entire universe.”

“There are instances where we don’t have good explanations for some of the things that we’ve seen, and when that information becomes declassified, I’ll be able to talk a little bit more about that… There have been sightings all over the world. And when we talk about sightings, the other thing I will tell you, it’s not just a pilot or just a satellite or some intelligence collection. Usually, we have multiple sensors that are picking up these things.”

What Went Down in Roswell, New Mexico?

WATCH: The Strange Alien Abduction of Barney and Betty Hill