This Victorian Ghost Town Was Once a Thriving Mill Community 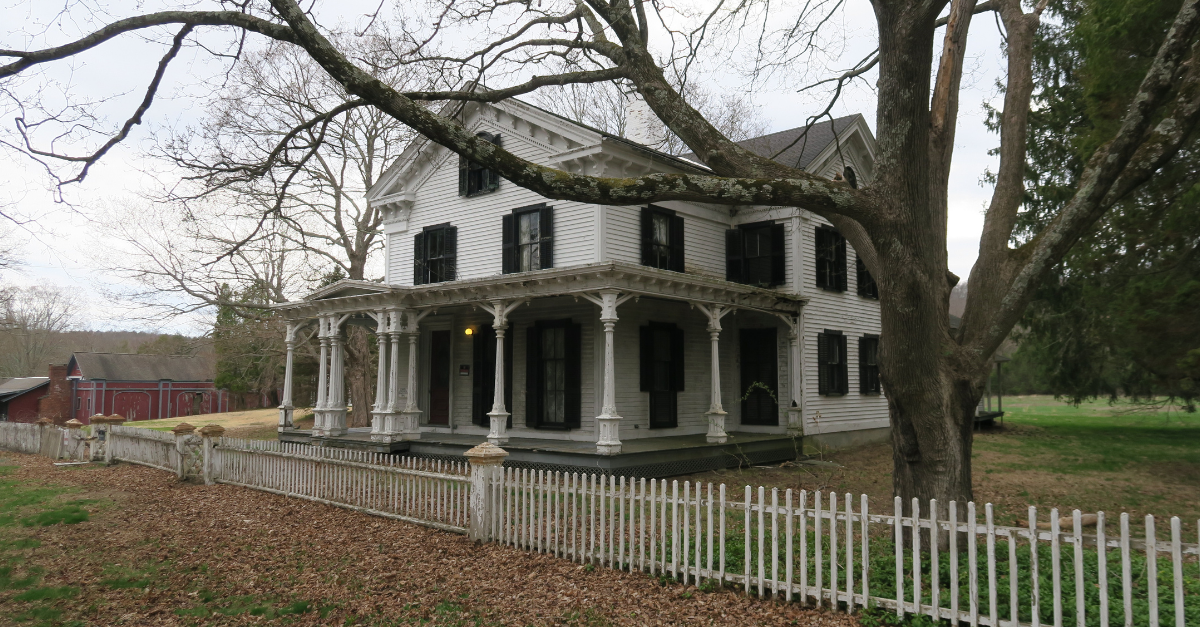 Ghost towns aren’t necessarily hard to find, especially in more rural parts of the northern and midwestern Americas. Industrialization and technological advances have, time after time, brought what were thriving mill communities and towns to their knees and causing the inhabitants to seek housing in other places. Historic Johnsonville Village, located in the town of East Haddam, Connecticut, is no different.

In 2017 the aforementioned property was bought by the Church of Christ (Iglesia Ni Cristo) for a whopping 1.85 million dollars- for Jesus. Bless. The church organization is run out of the Philippines and is currently renovating the village to turn it into a worship center.

Before this acquisition and change, back in 1832, the land started as just the Neptune Mill located a little north of the Salmon River Cove, as its power source. Mostly a twine mill, Neptune twine, and the yarn was produced on-site. A little over a decade later, in 1846, Emory Johnson built the Emory Johnson homestead and another mill and named it Triton Mill. This growth was the beginning of Johnsonville village.

In 1965, Neptune mill was purchased from the family descending from Emory Johnson and a few other buildings in the town and this victorian chapel. Raymond Schmitt of the AGC corporation bought the properties with an intent to make Johnsonville village into a Victorian Era tourist attraction. This plan, however, never came to be. In 1972 the Neptune Mill was struck by lightning and burned down. Further, in the ’90s, zoning disputes between the town of East Haddam and Johnsonville village ended up in the small town being completely shut down. The 64-acre property listed for sale includes about a dozen New England victorian-style buildings including a general store,  Centerbrook Meeting House, a schoolhouse, and a  stable.

The village of Johnsonville, falling into significant disrepair, was featured in a Nat Geo tv-series Abandoned, which helped publicize its sale. The abandoned ghost town was bought once before the Iglesia ni Cristo got their hands on it for the asking price of 1.85 million dollars.

If you live in the surrounding area or withing a drivable distance, you can get a view of the village property since it’s located on a public road. However, you are not allowed of the Iglesia ni Cristo property without permission. If you want to tour or go inside the Connecticut ghost town, be sure to contact them for instructions. Please Be aware the COVID-19 could put a damper of these plans for the time being.

Watch: North Carolina?s Hidden Town is Straight Out of the Old West