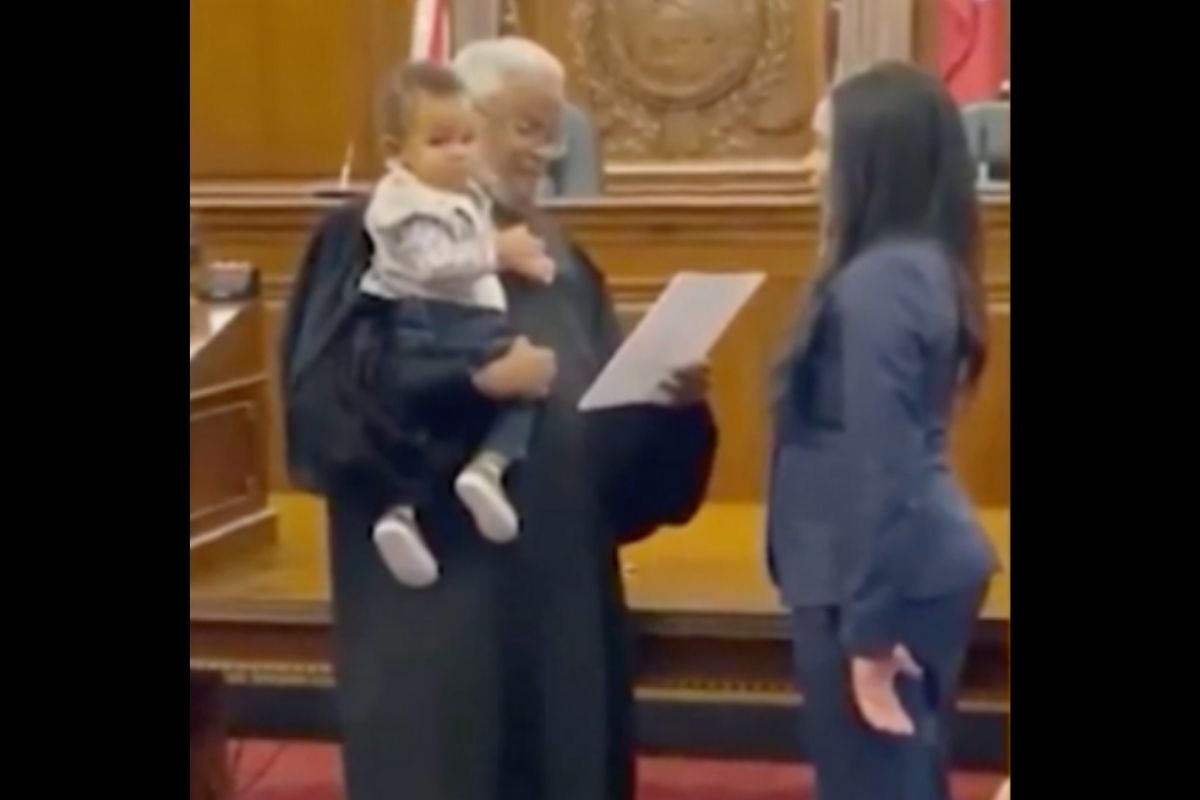 Judge Richard Dinkins accidentally went viral for being a good person, doing a favor for this law student. Juliana Lamar had just been sworn in as a lawyer, and she really wanted a special someone there with her- that special person was her 1-year-old son, Beckham. However, she didn’t even have to ask. Lamar told CNN that Judge Richard Dinkins took the baby as they were about to begin and said, “He needs to be part of this. He?s going to do the swearing-in with me”. So, he proceeded to hold little baby Beckham on his hip.

Juliana Lamar had quite a special moment being sworn in and having her son be present. Lamar told Buzzfeed, “Right before we began, Judge [Dinkins] said he wanted Beckham to take part in the moment. And I am so glad he did ? because to have my son take part in one of the greatest moments of my life was truly a blessing.”

And it was even more special because she had known Judge Dinkins before she was pregnant with Beckham. She worked with him as a clerk in the Tennessee Court of Appeals before she started law school at Belmont University College of Law. Lamar called Judge Dinkins a guiding light during her legal career. He encouraged her that she would do great things. Also present was her husband, Javon, who is in the US Army at a nearby base. He has been an incredible support for her.

Lamar’s message to other women out there was this, ?I hope that this story gives other young women and young mothers the inspiration to know that you can do it”. This woman is beyond inspiring, law school and a baby?! This woman has some serious drive and is already an amazing role model for little baby Beckham.

Editor’s note: This article was originally published on November 22, 2019.