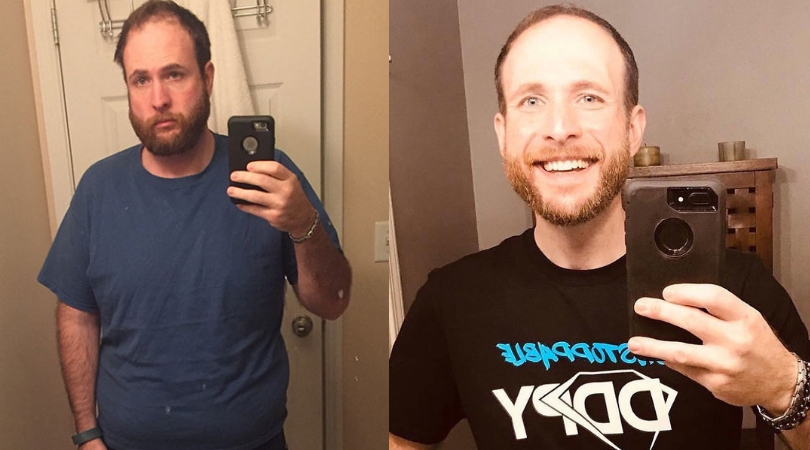 Alcohol addiction is tough, but the road to recovery is even worse. However, with enough perseverance and the right support, the rewards following that addiction can change your life. Which is why a few years ago, Kenny D decided to change his life for the better. The 37-year-old Engineer decided to completely quit drinking.

To help others, he tracked the progress he made to show how much alcohol affects your life. Using Reddit as his outlet, he decided to post a side by side picture of his transformation over the years. This past week, the railroad conductor celebrated his third year of sobriety.

?I started drinking in college. But it didn?t become a real problem until about 10 years ago. I began drinking often and always to excess. I discovered at one point that I could not control the amount I drank once I had taken the first drink. I could not drink without getting drunk. So I decided to quit. I would last a few days, a few weeks, a few months, one time for a year… I had gotten to the point that I would get drunk every day. I drank 12?24 drinks a day and I was blacking out 3?4 times a week. I knew I had a problem but I didn?t know what to do.”

He started taking a side by side pictures almost as soon as he decided to get sober. He took one for the first time 24 hours in, then a month later when he earned his first sobriety coin. Once he hit one year sober, he posted the first photo side by side to the newest one and called it, the “progression of sobriety”. He approached his recovery one day at a time and took a selfie every time he earned a sobriety chip.

The difference sobriety made in his live shows in the pictures! With each passing photo, he seems happier and healthier. Social media users could see the difference as well. He was constantly asked about sober living, how he did it and asked for advice from people looking to help their families. He admits that he did not do it alone. He had help with Alcoholics Anonymous members, the 12 step program, and family and friends.

Kenny has found a new life since and has left alcohol in the past. He has a newfound sense of spiritual principles that he tries to filter his life through, he has started painting, and enjoys reading biographies and nonfiction writing. He has also lost 78 pounds, practices DDP Yoga, and feels like he’s got a whole new life.

Congrats to Kenny for kicking his demons and taking total control of his life! 3 years down, many to go!