These 2 Terrifying Lawn Mower Horror Stories Will Scare You Straight 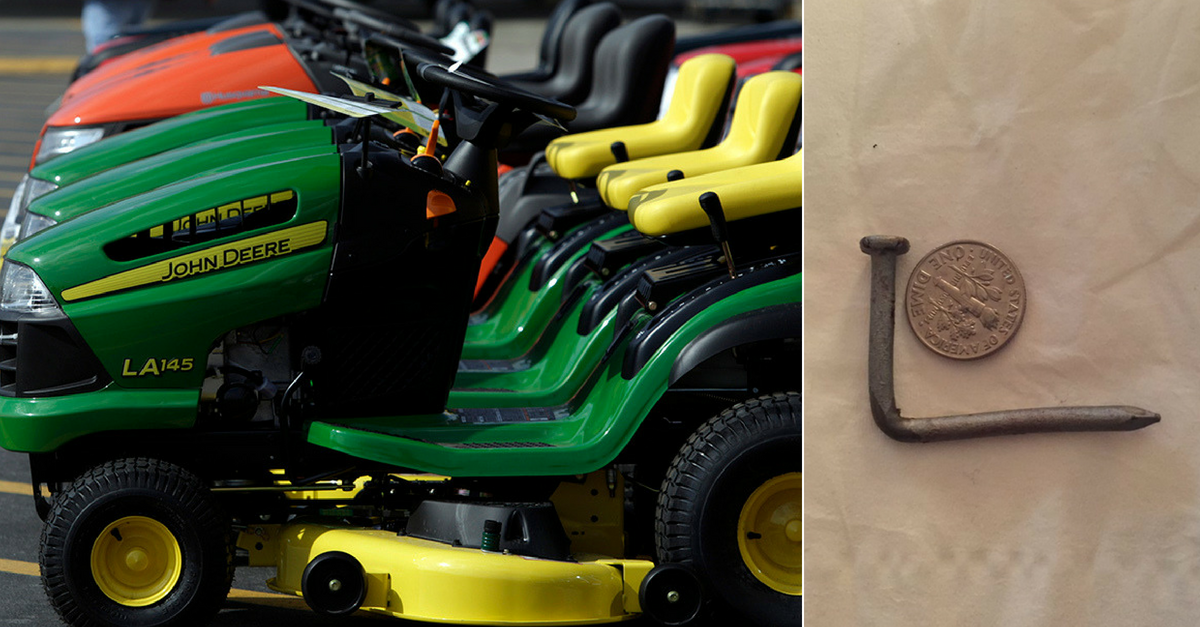 A five-year-old toddler who was ready to walk down her kindergarten graduation will, unfortunately, have to spend her days in the hospital recovering from a tragic backyard accident. On May 8th, Italia McAllister was playing in her backyard with her brother, when she was knocked to the ground by a riding lawn mower. The toddler’s foot immediately got caught under the blade, tossing her to the ground causing her to shriek with pain.

According to the girl’s father, Cody McAllister, he heard his daughter scream in the backyard. Due to her hard cry, he immediately knew the injury was severe. Afraid of the outcome, McAllister took the 5-year-old to the Emergency Room, where doctors stated her foot was severely injured, causing her to lose mobility of it. Medical staff advised the Mcallister family to participate in physical therapy so Italia could learn how to re-walk.

Ever since the incident, McAllister and his wife have been warning parents around Facebook of the dangers of lawnmowers. Urging parents to make sure their young children stay away from these heavy machines to avoid injuries.

Another incident that made an impact on social media was one of 54-year-old Martha Ward. In a Facebook post, Jud, Martha?s husband, shared how his wife had to be taken to the hospital after she felt a pain in the back of her right thigh after walking around the neighborhood. Ward explained how he noticed Martha bleeding from behind her leg, believing it might have been a rock from a riding lawn mower being operated in a year nearby.

When they looked closely, they discovered the item was a nail instead of a rock. The nail was bent to a 90 degree angle due to the force of the mower blade. Martha underwent some X rays, at the ER, where the doctor was able to remove the nail since it was only in the fleshy part.

?Here are the points I want to make. We estimate Martha was approximately 60 feet from the riding mower. That nail was propelled at a phenomenal velocity. I have read that lawnmower blades can rotate at 200 MPH. Had the nail been straight, it could have stuck in a bone. Had Martha been walking toward the mower instead of away, it could have shattered her kneecap. Had it struck higher, it could have been disastrous. What if it had hit her in the temple. The nail struck her in a place where it did the least damage. We were very fortunate.?

Lesson learned Jud, lesson learned. It?s safe to say lawnmowers can hit anything and everything, even from miles away. Which is why experts recommend to clear out the area before starting, to avoid situations like this.

According to the U.S. Consumer Product Safety Commission, more than 80,000 people go to the emergency room each year because of lawn mower-related injuries. Interestingly, these statistics haven?t gone down, making the dangers of lawn mowers extend beyond personal injuries, like Italia’s.

Lawn mower blades can spin at rates of thousand of feet per minute, capable of inflicting severe injuries to any body part in the way. These speeds can also cause ejected debris such as rocks and sticks to reach speeds up to 100 mph, causing these flying objects to be a threat to anyone around the area. Yet, hurting a part of you body isn?t the only thing a lawn mower can cause. If left unattended, on, or next to an item that is flammable, the lawn mower can actually cause high fires.

Bundle and Save. Right now, save up to $1,150 when you bundle attachments with a new John Deere Compact Utility Tractor. AND get 0% APR for 60 Months on the whole package!

A post shared by Craig Taylor Equipment (@craigtaylorequipment) on Jul 3, 2018 at 9:56am PDT

Many people don’t realize how hot the engine can become and exhaust. Not only can sparks fly, but if it comes in contact with one?s skin, it can burn through surfaces in a short matter time. This is why experts recommend when adding fuel, to make sure there are no hot surfaces or ignition sources such as cigars that could ignite the machine.

I bet you didn?t see that one coming. I didn?t.

In reality, lawn mowers aren?t as safe as we though, but, as everything in life, they are ways to prevent accidents.
Here are a few safety tips recommended by the Consumer Product Safety Commission.

Read More: Moose sees a robotic lawnmower and attacks it to protect his territory