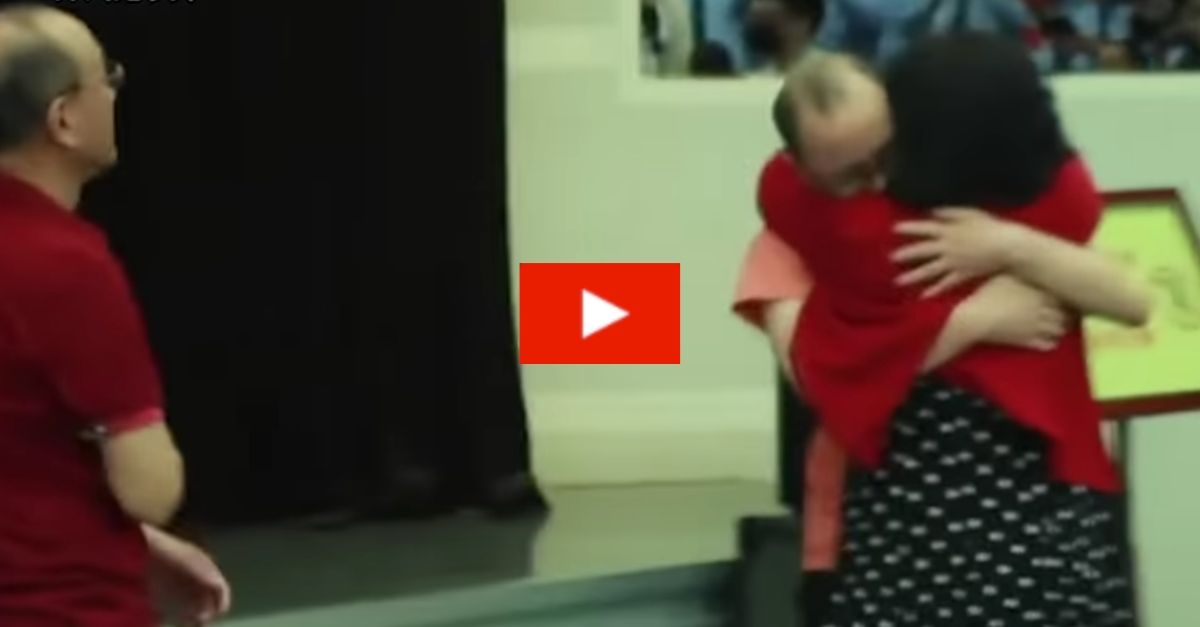 After 32 years, a Chinese couple who never gave up on searching, finally reunited with their missing son. Mao Yin was abducted from the Shaanxi province at the entrance of a hotel back in 1988. His father, Mao Zhenjing, was taking him home from kindergarten, stopping by the hotel to grab a quick drink of water, when Mao Yin was suddenly kidnapped.

Mao Zhenjing and Li Jingzhi, Mao’s mother, relentlessly searched for their son ever since he was abducted. Mao’s mother quit her job in order to dedicate all of her time to finding him. Not only did she distribute over 100,000 flyers, but she also joined a volunteer group, Baby Come Back Home. The group helps police by gathering information on missing children, and the Chinese mother helped 29 abducted children reunite with their families. All while still searching for her son.

In late April of this year, police found out that a man had adopted a child for $845 from Xian in Southwest China. With modern technology, they were able to create an aged portrait from an old picture of Mao, detailing what he could possibly look like today. After checking possible matches on a government database, they found Gu Ningning, a man who resembled the portrait.

On Mother’s Day, Li and her husband Mao received the best news any mother could possibly receive on that day. A DNA test had proved that Gu Ningning was, in fact, their son who was abducted 32 years ago. Li told BBC, “This is the best gift I have ever got.”

Xinhua News Agency reported that police are still investigating what had happened to Gu (Mao) all those years ago and have not released details about the adoptive parents who raised him. Li stated that even though she has found her son, she will continue to help families find their missing children. She told Xinhua, “I would like to thank the tens of thousands of people who helped us. I can’t believe that after helping 29 missing children find their families, I am able to find my own son.”

Watch: What Exactly is an Amber Alert and How Effective Is It?