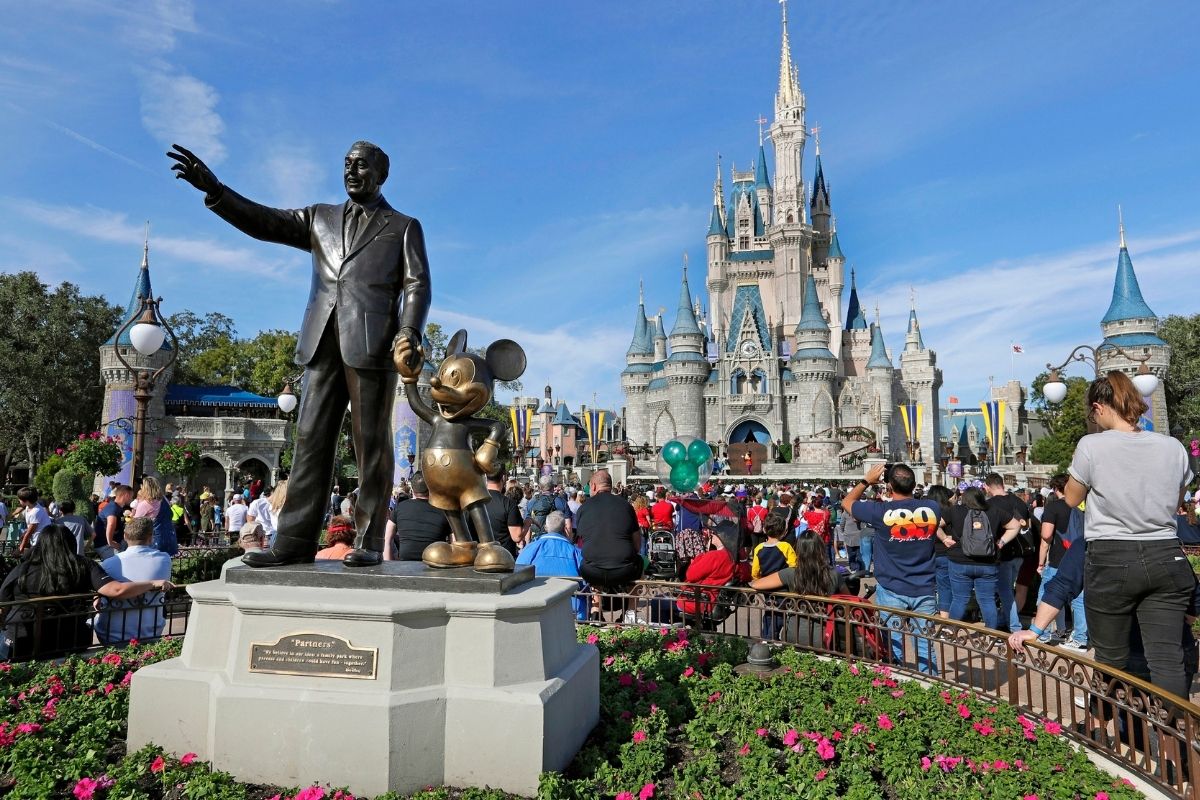 After a COVID-19 forced closure on the Walt Disney parks, people are beginning to flock back to Walt Disney World in Florida and Disneyland in California respectively. Why wouldn’t you? There is something so magical about the Magic Kingdom. One thing that makes visiting the theme park so magical is how seamlessly everything runs. What if I told you there was a little more than just pixie dust helping the parks run so smoothly. Mickey and friends get a little help from the secret underground tunnels!

If you consider yourself a true Disney fan, you might already know this fun fact, but for those of you who enjoy visiting the Walt Disney World Resort on occasion, you might have been unaware of the secret tunnels that run all around the parks. From Fantasyland to Adventureland, this tunnel system helps Disney cast members, what the Disney theme park employees are loving called, get around the park, and provide magic to their guests.

Once you get off the monorail and stepped foot on Main Street, you may not have noticed that you were slowly making your way uphill. Just below your feet is an intricate tunnel system called utilidors created by the Walt Disney Company. The system came about when Walt Disney himself was walking around Disneyland. He was greeted by a cast member dressed a cowboy from Frontierland while in Tomorrowland. That killed the whole space-age, future vibe. So, he came up with the utilidor system that would allow employees to freely roam from land to land discreetly.

This system worked great in Anaheim but gave Disney’s Magic Kingdom in Orlando some issues. Due to the state’s high water table,  they had to build Disney World on top of the tunnels which would sit at ground level. So, by walking around Disney World, you are technically on the second floor. What feels like ground level to you is actually a step above the underground tunnel that some of your favorite Disney characters are scurrying about before signing your autographs on Main Street USA.

You might be thinking, how do the cast members find their way down there? The whole tunnel system is color-coded so Snow White won’t get lost making her way to Cinderella Castle. They are also able to get around with ease, even driving golf carts underneath while you’re stuck behind the slow-moving strollers on the second floor above. The underground tunnels also allow cast members to get in and out of their costuming without ruining the magic for the little ones! Brilliant!

You can learn (and even see!) more of the secret tunnels on WDW’s Keys to the Kingdom Tour! Even if you don’t do the tour, look down next time you’re on a Disney vacation. You never know which characters are making their way through the underground tunnels below!

Watch: How Chicago celebrated Walt Disney?s birthday and the famous cartoonist?s connection to the city