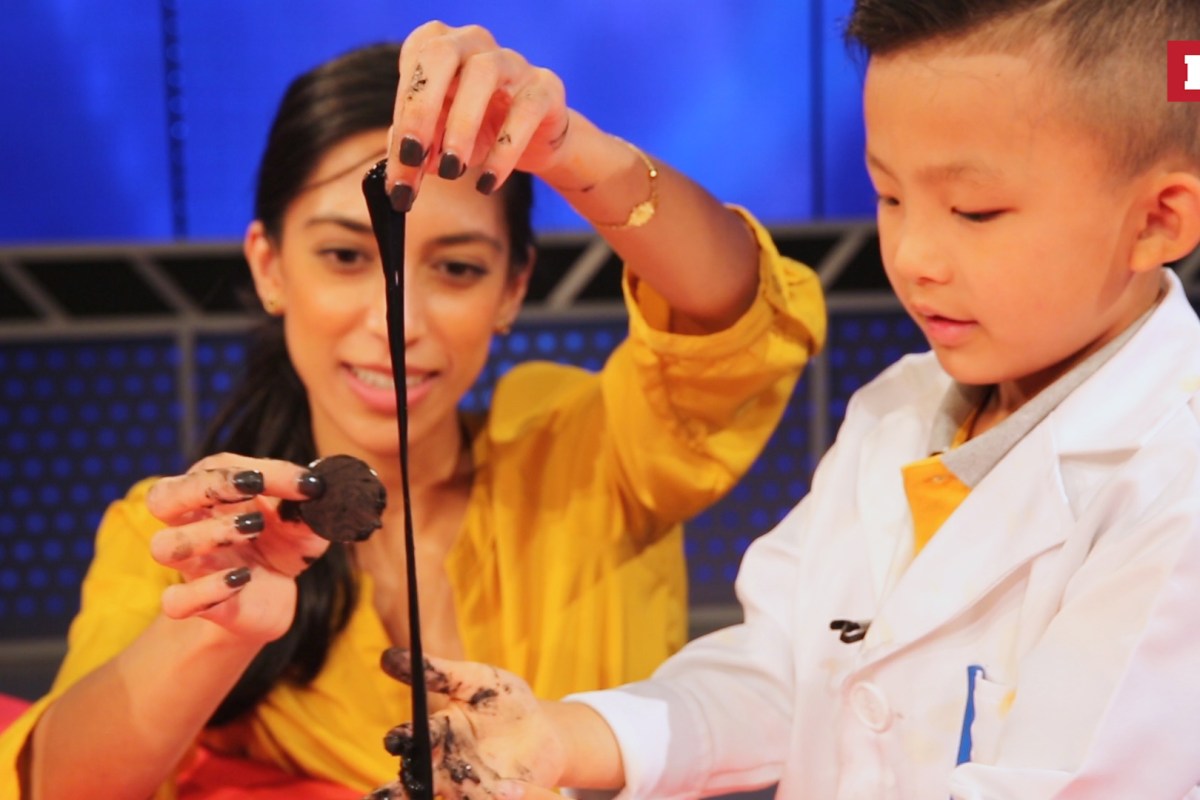 The only thing more fun for kid than slime is magnetic slime.

Slime is made by combining school glue with borax and water or liquid starch. To make it magnetic, you simply have to add iron oxide powder to the slime.

RELATED: This kid’s mind was blow when an egg was sucked into a bottle

Here’s what you need for this experiment:

A grown up should definitely be around to supervise kids trying this experiment. Iron oxide powder can stain clothes and furniture and can be dangerous if ingested.

Here’s what you need to do for this experiment:

Step 3:  Take the slime out of the bowl and mix with your hands. Don’t worry if there’s extra liquid left in the bowl.

Step 4:  Pat the slime dry with a paper towel to get rid of any excess liquid. If you pat it dry enough, it shouldn’t turn your hands black.

When you’re done making your magnetic slime, grab a magnet. You’ll need a pretty powerful one to feel the effects of the iron oxide in the slime.

Slime is a polymer, which means it’s a long chain of identical molecules. School glue is also a polymer. When the starch is added, the polymers become thicker, changing the structure and ultimately turning the glue into slime.

Slime is called a non-Newtonian fluid. It’s neither a true liquid nor a true solid. The thickness of fluids is called viscosity, so the more viscous a substance is, the slower it flows.

Anson?s Answers features a 5-year-old genius. He has a college-level grasp on various areas of science, dreams of becoming the president and can speak multiple languages. Did you catch that he?s just 5 years old? Anson has a passion for teaching others and loves to share videos explaining the human body, the laws of physics and his ideas for the future. Grab a seat, because Professor Anson?s class is in session!