A Year Without Mardi Gras? Here’s What You Need to Know About The Crazy Celebration 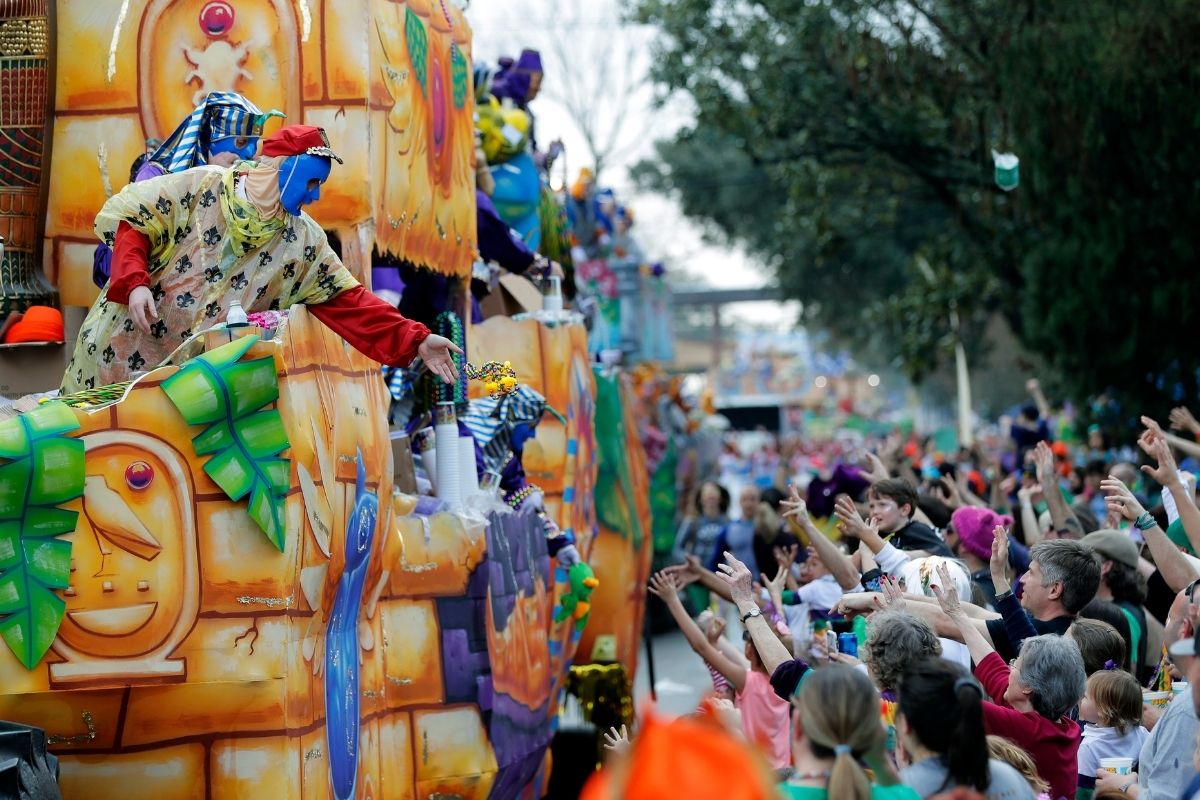 There’s no better way to prepare for Lent than partying in the streets. New Orleans does Fat Tuesday right with their annual, historic Mardi Gras celebration. And in a city with lax open container laws, you know that Mardi Gras gets crazy. But what’s the story behind this colorful, blowout holiday? And will it happen in 2021?

Though Mardi Gras is grounded in the traditions of Christianity, marking the eve of Ash Wednesday and the start of Lent, its wild revelry likely has Pagan roots. Modeled after events like the Roman Saturnalia in which gambling was legal and masters served their slaves, the carnival celebrations of Mardi Gras seek to turn the town upside-down. However, some experts contend that the free spirit of Mardi Gras is simply human nature: one last binge before pleasures like meat and alcohol are denied during Lent. But how did this raucous festival first begin?

The History of Mardi Gras

French settlers arriving in the American South naturally sought to recreate their homeland traditions. The start of Mardi Gras is generally attributed to Pierre Le Moyne d’Iberville, who set up camp 60 miles south of New Orleans — in Alabama. Wanting to recognize France’s Fat Tuesday (Fat Tuesday is the English translation of Mardi Gras), Iberville hosted a small party that continued to grow over the years. As more French soldiers arrived at the area, masks were added to the ritual. Mobile, Alabama contends to carry on the United States’ oldest Mardi Gras celebration. But we all know it’s New Orleans that really does it upright.

The Louisiana festivities are planned by Krewes: private clubs that meet year-round to organize and fundraise for the parade. In fact, the city of New Orleans is not directly involved with any of these arrangements. Krewes emerged in response to the declining popularity of Mardi Gras throughout the mid-1800s. Strict oversight by the U.S. government had limited the scope of the festival until a secret society, the Mistick Krewe of Comus, came along and hosted a Paradise Lost-themed parade, followed by an extravagant ball. It’s not hard to imagine how the fanciful sights of prancing angels and demons revolutionized the Mardi Gras way. Soon new Krewes arose, including the Krewe of Rex, the Knights of Momus, and the Krewe of Proteus.

But these Krewes were segregated for nearly a century — and catering only to an elite white crowd. When Krewes were officially integrated in 1922, the all-white (and all-male) Krewe of Comus and the Knights of Momus pulled out of the celebration altogether. In turn, black residents were not interested in entering into historically white Krewes, and thus a new cultural tradition was born. New societies like the Zulu Social Aid and Pleasure Club and NOMTOC (which stands for New Orleans’ Most Talked Of Club) arose to give minorities a voice in their own city’s celebration. Today, there are countless niche Krewes across New Orleans, dedicated to a more diverse Mardi Gras Parade.

Carnival season is upon us! Mardi Gras will fall on February 16 this year, directly following Valentines Day and Presidents’ Day. This would make for a knockout celebratory weekend in just about any other year as New Orleans is a prime tourist destination during the winter Mardi Gras season. Typically, you could expect to find revelers staggering around the French Quarter ’til the wee hours of the morning. But sadly, the Covid pandemic will prevent the city from engaging in the usual parade activities. Last year, Mardi Gras occurred just in time: mere days before the sudden nationwide spread of the deadly Coronavirus. Glittering foil masks have been forgotten in favor of the serious surgical sort. In a sense, Mardi Gras 2020 was the ultimate carnival free-for-all — before a year-long lockdown would make such debauchery feel like a distant fantasy. The virus ravaged the Zulu Social Club particularly hard over the summer, requiring their famed funeral processions to take place. At a distance.

So in this heartbreaking year, we can only remember what normally makes the contemporary Mardi Gras Day so iconic. Bourbon Street is always a party in NOLA. But on Mardis Gras, that famed drunken chaos extends throughout the city. Swinging marching bands and dance troupes perform for the public, with parade-goers excitedly lined up down the streets of New Orleans, ready for action. Parade floats roll by, equipped with thousands of “throws”: the special trinkets tossed into the crowd. Throws, most famously, include wrapped chocolate “doubloons” and the shiny strings of beads that will hang drifting in the branches of New Orleans trees for weeks to come. On this last day before Lent, things tend to get a little extreme. Another local tradition? Women flashing their breasts off balconies — in hopes for a few extra throws.