10 ways to avoid scams while giving to charities 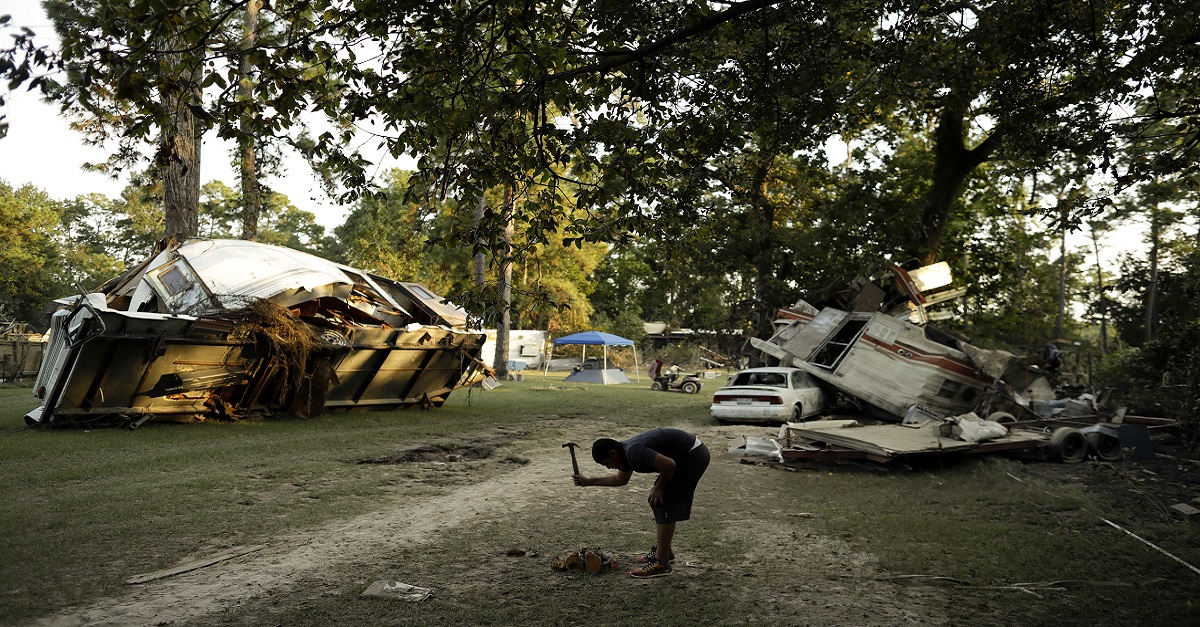 Associated Press
Dominic Spann breaks apart a toy while helping clean out his grandfather's destroyed mobile homes after floodwaters from Harvey swept through the area Monday, Sept. 4, 2017, in Crosby, Texas. Thousands of people have been displaced by torrential rains and catastrophic flooding since Harvey slammed into Southeast Texas last week. (AP Photo/Gregory Bull)

When any natural disaster occurs, relief organizations spring into action. Unfortunately, so do people looking to take advantage of donors.

As money is raised to help the victims of Hurricane Harvey, here are 10 tips to help you avoid scams.

Charity Navigator, CharityWatch the Wise Giving Alliance and GuideStar are sites that identifies and researches charities. They include lists of organizations responding to the hurricane, and their databases can be a good starting place to research nonprofits.

The IRS also has a search tool that will reveal whether or not an organization is eligible to receive tax-deductible charitable contributions.

2. Be careful when responding to email solicitations

No matter how well-designed and official an email may seem, it could be a scam.  Don?t follow any links within the message. Instead, go directly to the charity?s website and make donations there.

No legitimate agency is going to include attachments to their emails. If there are pictures or information they want you to see, they will direct you to their website. Any attachments are probably viruses, so do yourself a favor and delete them.

We?ve all gotten the email from the Nigerian prince who is just begging to give you a million dollars if you would just send him your bank account information.

Similarly, any charity that asks you to send money to a foreign bank is bad news.

5. Don?t let social media make your donation for you

Images from tragedies such as Harvey often go viral, as people band together to perform amazing acts of kindness. Scams take advantage of these images by reposting them with links and requests for donations. Don?t blindly click on those links ? take the time to do the research and make sure it is a legitimate organization.

A popular scam is the one where alleged victims of the tragedy reach out to you directly to ask for help. It?s similar to the scam where someone claiming to be your friend emails you, claiming they are out of the country and desperately need money because their wallet has been stolen. People affected by a disaster are in no position to contact you directly for assistance.

After Hurricane Katrina destroyed much of New Orleans, the FBI reported that more than 4,000 bogus websites were identified that were set up to take advantage of people trying to make donations.

When checking out a website, keep this in mind:

Bogus sites often ask for detailed personal information such as your social security, date of birth, or your bank account and pin information. Be extremely skeptical of these sites as providing this information makes it easy for them to steal your identity.

8. Don?t give out information over the phone

If scammers get you on the phone, they will do their best to give you a high-pressure sales pitch, insisting on immediate help that will include you giving out personal information. Don?t give out anything over the phone as a general rule.

9. Watch out for copycats

When a charity contacts you, double-check its name. A scammer may use a copycat name that is similar to a reputable organization to try and confuse would-be givers.

Unless you?re giving cash to a Salvation Army Santa ringing a bell at Christmas time, avoid cash donations. Pay by credit card or write checks directly to the charity. Do not ever write checks to individuals.