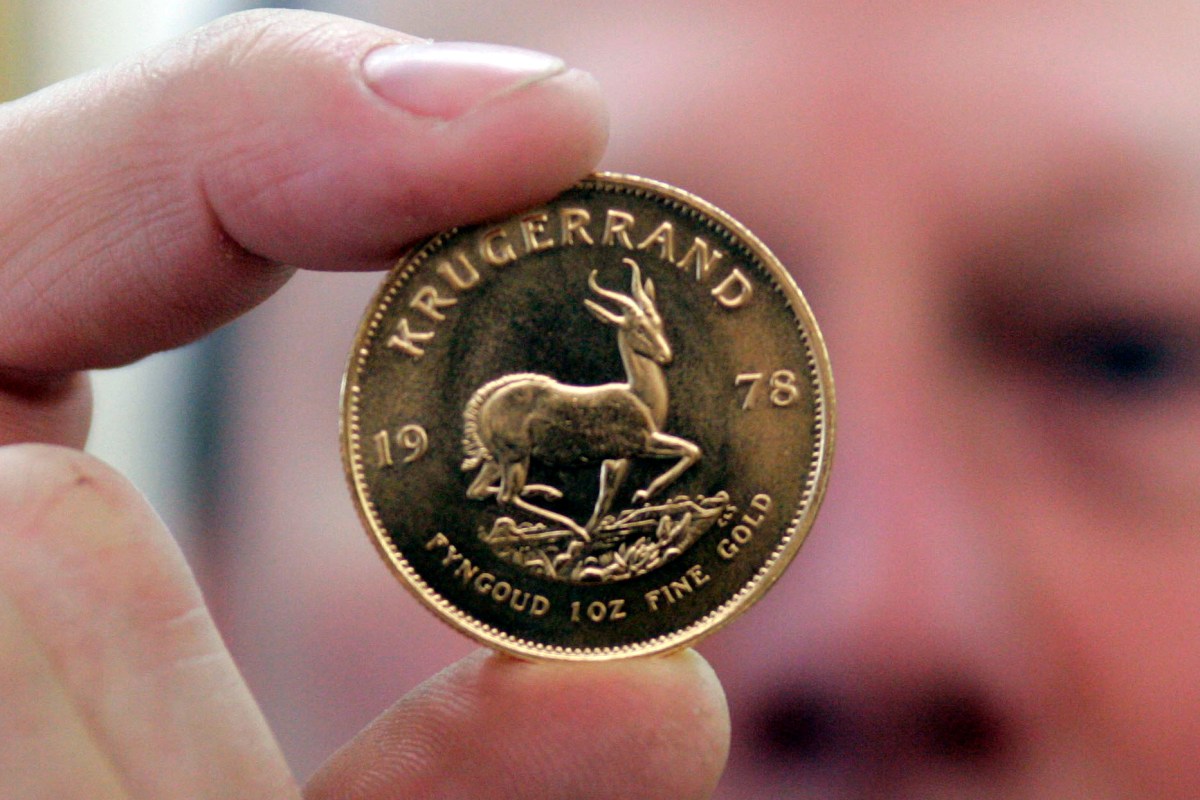 A retirement home employee in Lürrip, Germany thought the box of donations she was unpacking just contained food. Instead, she literally struck gold.

Inside the box was another box. And inside that box, according to a report from Atlas Obscura, were 109 South African Krugerrands — one of the most valuable coins in the world.

RELATED: Check your pockets, your coins could rake in millions

The Krugerrand gold bullion coin was introduced in 1967 as a way for South African citizens to own gold. The front features an image of former South African president Paul Kruger and the country’s name in both English and Afrikaans, the native language. The back has a South African springbok, the date the coin was minted, its weight, and the word “Krugerrand.”

When the retirement home worker stumbled upon the treasure, she and a colleague immediately tried to track down the donor. They eventually got in touch with a 78-year-old widow, who was relieved to have her late husband’s valuable coin collection returned.

RELATED: 10 ways to avoid scams while giving to charities

But those weren’t the only Krugerrands to make their way into a charity’s hands this holiday season. Someone dropped one of the coins into a Salvation Army kettle outside a Walmart in Lafayette, Ind., on Nov. 27.

?I think it?s awesome, you know. I mean, obviously, somebody went to the effort of collecting this and holding onto this,? Salvation Army Lt. Steve Dahl told Indiana’s WISH-TV. ?They thought that we are a worthy cause to support with it. It?s very humbling actually.?