What You Need To Know About ‘Federal Rent Checks’ 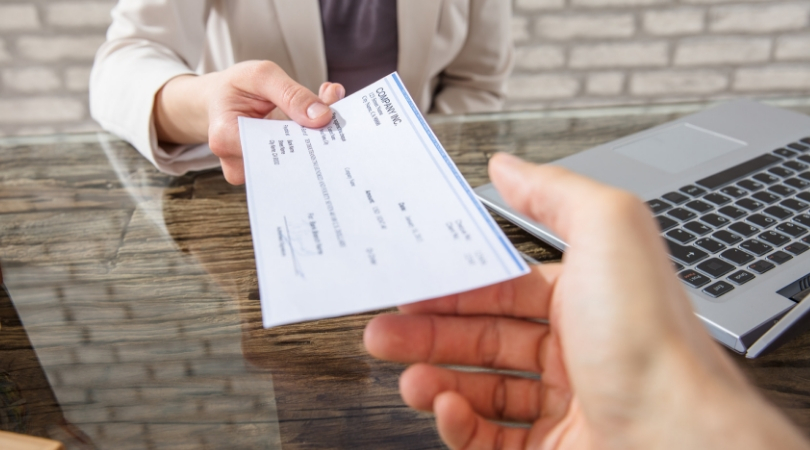 The famous donut chain Dunkin’ Donuts coined the phrase ‘America runs on Dunkin’, but it doesn’t. America runs on money. Sticky, dirty, hard-pressed paper and metal. Wu-Tang’s “C.R.E.A.M.” was more on the money on the heartbeat of the country. In the American, consumerism-driven economy everyone is constantly looking for a way to make a buck here or there. Even those you may not expect it from. For some, the idea of taking that money back from the government is the most ideal- or maybe I’ve just met too many rebels.

Enter the federal rent check commotion. For those of you wondering if it is a scam or hoax or if it’s legit, today we’re uncovering the truth. If you are like me and are hearing about these for the first time, you’re in luck. A lot of the available information concerning these checks is fairly confusing. But here’s federal rent check rumors debunked and the most important information to know about it.

The U.S. government occupies office space in many places. From well-known organizations such as Congress or White House to the offices of government business that none of us have ever heard of and have no clue what they do. Some of these spaces are owned by the federal government and are ‘government buildings’. However, many of the other buildings the U.S. government uses are not. The ones that Uncle Sam doesn’t own, he rents. And like the rest of us, when Uncle Sam rents, he pays. The next question is naturally who is the government paying? Also read: who’s figured out how to make money off of the government?

While the government pays various people, this scenario specifically concerns REIT getting paid. REIT is the landlord, in this situation, that the government pays. The REIT collects money from those who owe and distribute it to any applicable building owners and company shareholders. By what many people believe is a stroke of luck, anyone can become a shareholder! In public verbiage, Americans are told they can “sign up” for the distribution list to receive federal rent checks. This appears to backed up by a law passed in 1972 called Public Law 92-313.

Are you confused by the fact that there are so many more words left in this article yet that I have yet to seemingly explained it all? Yeah, take that as a sign.

So, Public Law 92-313 is real. The whom in the question of who is the government’s landlord is REIT. REIT stands for Real Estate Investment Trust. They finance, manage and own real estate. When they collect the money owed to them, they disperse it amongst the company’s shareholders. In order to get on this distribution list, Americans can “sign up.” Which is true. You can sign up…to invest in the company and essentially buy shares of REIT. So, instead of receiving a federal rent check, you are actually just receiving dividends. However, investing in REIT works similarly to making an investment in anything else- the more you put in, the more you get out. Meaning, to get those high paying “monthly checks” you would have to be putting in a lot of money.

So what now and who can we be mad at?

Don’t blame yourself or be too disappointed if you were super excited to be receiving those checks. This whole thing was the work of some super clever marketing. On one hand, you gotta give it to them. It might have been one of the best marketing strategies we’ve seen all year– it involved the government and yet the federal government didn’t even have to say anything because everything D.R. Barton was saying in his 10-Minute Millionaire Insider is technically true. Did he obfuscate the truth slightly? Most definitely. He is a successful investor and wants to make a little extra money teaching people how to invest. So, he sells his knowledge the best way he can – kinda exaggerating to tell you how to invest your money in the companies in order to get these checks. He oversimplifies the product to get you hooked. Here’s his money map page in case you are interested in his credentials: https://moneymappress.com/guru/d-r-barton/ he’s just awful at his marketing.

These things have been marketed in the past before (like with this spider thing) they’ve been called ‘congressional checks’ and ‘freedom checks’ which are all the same type of thing. You’re better off saving for a 401k or take your kid’s trust fund and tell them they’re never was one. Be smart out there!