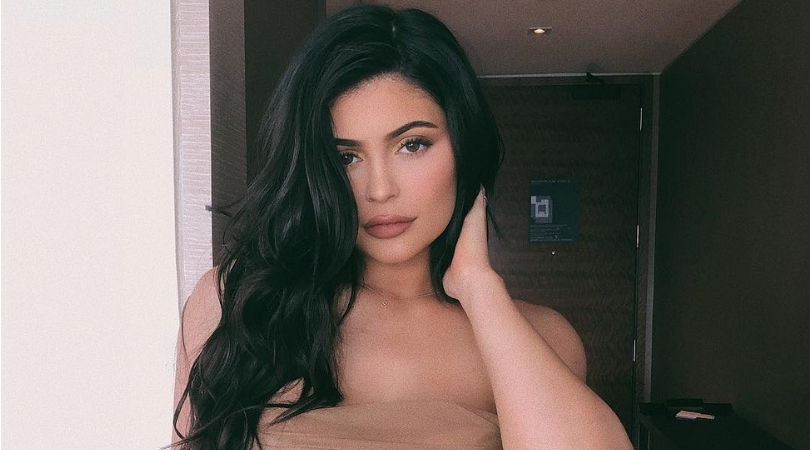 Editor’s Note: This article was updated on March 5, 2019, to inform the reader of Kylie Jenner’s new billionaire status from Forbes.

As of March 5, 2019, 21-year-old Kylie Jenner has become the world’s youngest billionaire at the age of 21 with a net worth of $1 billion. According to Forbes, the reality TV star and makeup guru has been dubbed as not only the youngest billionaire but the “Youngest Self-made billionaire of all time”, reaching a ten-figure fortune at a younger age than Facebook billionaire Mark Zuckerberg who was 23.

The youngest member of the famous Kardashian Family ranked at number 2,057 on the list of 2,153. Her success comes from her makeup company, Kylie Cosmetics, which she founded in 2015, selling popular liquid lipsticks and matching lip liner. Her line then expanded to include a range of cosmetics such as highlighter, blush, concealer, and eyeshadow palettes. The company is said to be worth at least $900 million with Jenner owning 100 percent stake.

Jenner?s earnings also come from being in the public eye for more than 10 years, and collaborations with step-sisters Khloe Kardashian, Kim Kardashian-West, Kourtney Kardashian, and supermodel sister, Kendall Jenner.

Forbes has released its America?s Richest Self-Made Women list, ranking the country’s most successful self-made women entrepreneurs and executives, as measured by their net worths. These women have created companies, built fortunes from genetic testing to aerospace, and have self-made their brands and careers with the help of social media platforms. From Diane Hendricks to Oprah Winfrey, to Celine Dion, the youngest to make the list is no other than Kylie Jenner. Jenner, who turns 21 in August, is known for being part of the reality-TV Kardashian-Jenner clan. Half-sister Kim Kardashian West also made the list this year, falling behind Jenner, worth $350 million.

With help from her massive social media followers, Jenner has managed to build a massive $900 million cosmetic fortune in less than three years!

Yes, $900 Million, making her worth more than twice as much for Kardashian-West. Forbes is dubbing her as “The Cosmetics Queen.” Jenner, who recently became a mother to daughter Stormi, runs one of the most well-known makeup companies, Kylie Cosmetics. The company launched two years ago with a $29 product known as ?lip kit? consisting of a matching set of lip liner and lipstick. To date, Kylie Cosmetics has sold more than $630 million worth of makeup since, estimating $330 in 2017. Forbes magazine values the company at near $800 million, 100 percent owned by Jenner herself.

In an interview with Forbes, Jenner stated she started the company in 2015 by using $250,000 of her earnings from modeling gigs. She used this money to pay an outside company to produce the first 15,000 lip kits. She began using social media as a way to promote the products, giving sneak peeks to her followers on a daily basis. The first kits sold out in less than a minute. Resellers started offering the products at $29, even going up on eBay for $1,000 a set. With the help of her mother, she decided to bring in E-commerce platform Shopify, run by billionaire Tobi Lutke, and relaunched ?Kylie Lip Kits? changing the name to ?Kylie Cosmetics? on February 2016. This time, the company was restocked with 500,000 lip kits in six different shades. Her success allowed her to continue, receiving a total of $19 million in November 2016. By the end of 2016, the company was selling 50 products with a revenue of $307 million.

According to Jenner, the near billion dollar empire consists of only seven full time and five part-time employees. Seed Beauty, a private label producer in California handles the manufacturing and packaging, and Shopify handles the sales and fulfillment. As for Finance and Public Relations, it’s no surprise the makeup guru?s mother Kris Jenner, handles that part of the business.

Of course, this estimate of cash does not include the earnings she receives from the Reality TV programs and endorsements, such as PacSun and Puma.

It Is believed Jenner?s success with the company has been able to maintain its status due to the star?s social media contribution. Jenner basically relies on social media followings to promote the company and products that are about to be launched. As of now, the star has over 110 million followers on Instagram, millions more on Snapchat, 16.5 in company followers, and 25.6 million on Twitter. Safe to say she is doing pretty well for herself in that aspect. Yet, let?s not forget the followers she has gained through the years due to the Kardashian empire. The youngest daughter of Kris and Caitlyn Jenner ( formerly known as Bruce Jenner), also stars in a reality TV show with supermodel sister Kendall Jenner, and half-siblings Kim, Kourtney, Khloe, and Rob Kardashian. The family?s Keeping up With the Kardashian aired when she was just 10 years old, allowing her to gain an audience throughout the years.

At 20, Jenner is ranked the Youngest Person on the Fourth Annual Ranking of America?s Richest Self-Made Women. Kylie Cosmetics has generated an estimate of $230 million in net profit, which makes us believe that by the end of the year, Jenner will likely take the title that once belonged to Mark Zuckerberg and Bill Gates, making her the youngest self-made billionaire.