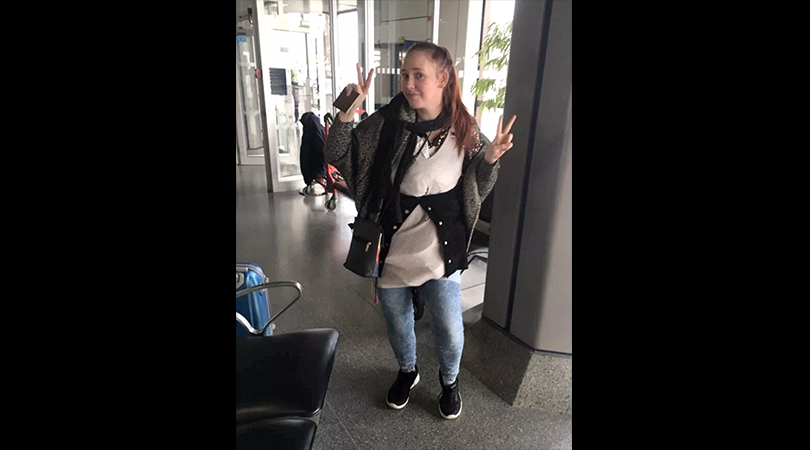 All Natalie Wynn wanted to do was get on her plane. She had an all-inclusive vacation to get to. She didn’t have time to concern herself with pointless stuff like the weight of her bag. (She wasn’t packing weights and kilos of cocaine, after all.) So when she got to the airport and attempted to check her bag she was pretty unhappy to find out that her suitcase was nine pounds over the limit for checked bags. She had two options: pay $85 for the overweight bag, or get creative.

So Wynn pulled out nine pounds of clothes and put them on. The person sitting next to her probably (definitely) hated her but pretty much everyone else thought it was genius. Apparently, Wynn didn’t want to pay the bag fee because, aside from it being an exorbitant ripoff, she also didn’t have much money with her. The vacation was all-inclusive so she didn’t bring much cash.

“I didn’t want to be using the little amount I had just so I could get my bag on the plane,” she told The Sun. “I literally said, ‘I’m not paying it’, and started putting my clothes on…I was boiling, absolutely boiling.”

That flight had to be a nightmare for her. Most people feel gross after being on a plane in normal clothes. Wynn was basically cooking herself in germs for God knows how many hours. Hopefully as soon as she got to her hotel she sat in the shower for an hour or two. And also had someone wash at least half of those clothes. The inner half of what she wore no doubt has a nightmarish airplane funk to it now. They smell like B-O, a hastily changed diaper, and hot sneezes.

Bag fees are terrible and stupid, that’s the only moral of this story.

Watch: Plane Returns To Terminal After Mother Forgets Baby at the Airport