The Social Security Administration released a list of the 100 most popular baby names in America from 1918 to 2017 for both boys and girls and the list is, surprisingly, pretty normal.

It feels like it is increasingly common to hear seemingly ridiculous popular baby names in America, like Vyolette or Tridisha, two absurd names that I, just now, completely made up off the top of my head, but two names that I would not at all be surprised to find out are actual popular girl names. Mockable as names that read like a random jumble of vowels and consonants may be, it might actually be unfair to scoff at or ridicule those sorts of names. After all, aren’t all names made up? Aren’t all words made up? Is having recency bias about names really reasonable?

Probably not. That said, I’d still be concerned if I found out an upcoming surgery of mine was being performed by someone named Dr. Braxtonn Cage. (I refuse to be operated on by someone who sounds like they bought a round of tequila shots on a credit card they found on the bar floor during spring break, but maybe I’m old fashioned.)

For all the complaining that’s generally done, however, about the growing regularity with which we hear names that even J.R.R. Tolkein and George Lucas would find outrageous, it turns out that the most common popular girl names in America these last hundred years have been exceptionally normal. Boring, even. Which is good. Kids have enough to worry about without having a weird name.

Here is the Social Security Administration’s list of the 100 most popular baby girl names from 1918 to 2017.

It’s not surprising to see Mary at the top spot. Catholics have a hard earned reputation for making legions of little Catholics, and they’re big fans of that Mary character. Likewise, seeing Betty in the top 15 might shock someone born after Desert Storm, but the name used to be as common as cigarette brands being endorsed by doctors.

Conversely, the name Hannah came in lower than expected at number 73, and that the name Kayla made it in at all seems pretty odd.

The Social Security Administration does have a few caveats about the list of popular girl names over the last century. 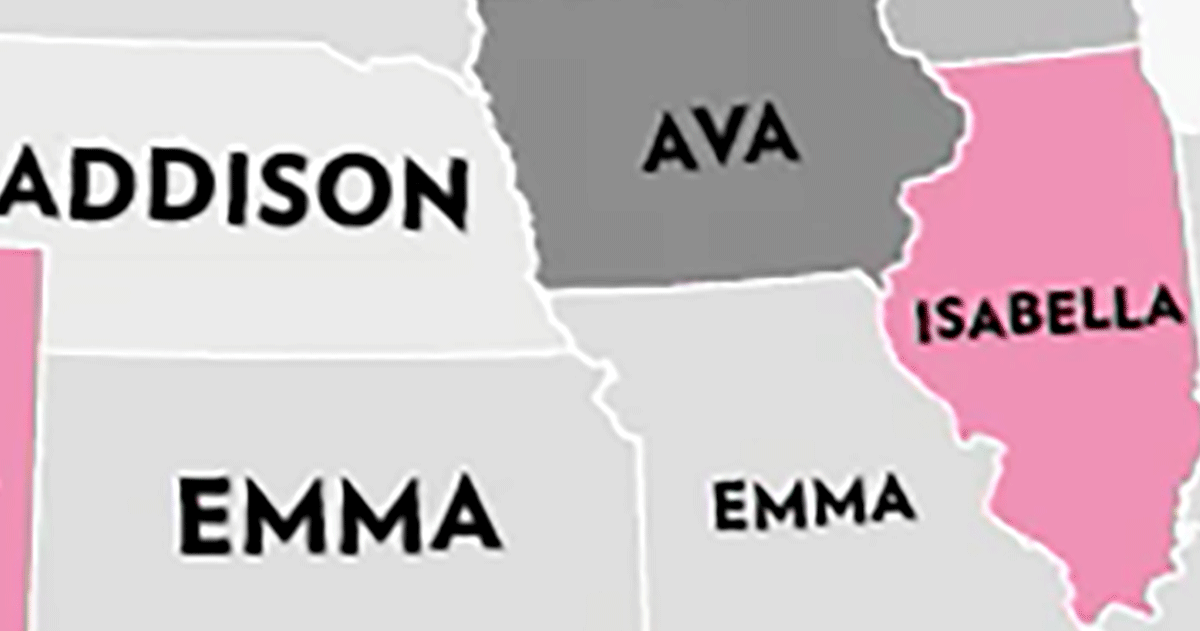