Inside the Bone-Chilling Museum of Death 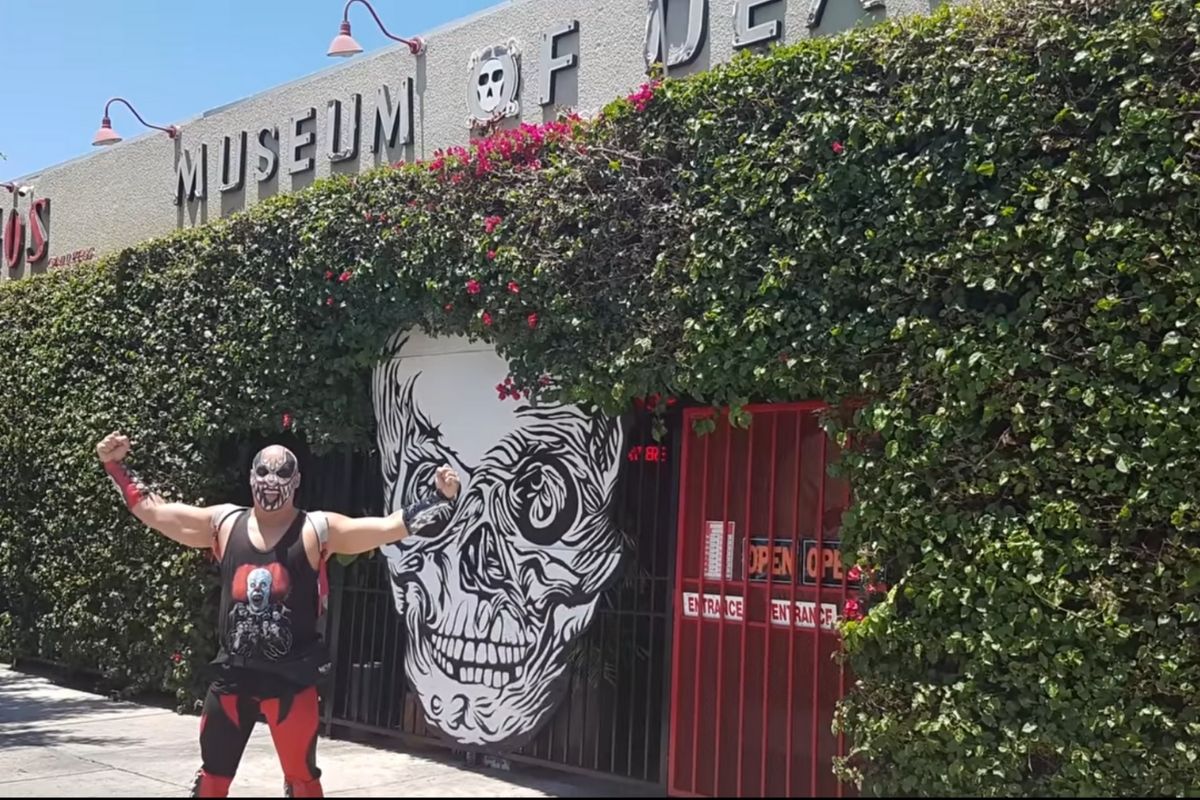 Heaven’s Gate was a UFO-themed religious cult based out of San Diego for three decades. In 1997, the pseudo-Christian-sci-fi believers, at the behest of their leader Marshall Applewhite, committed mass suicide by mixing phenobarbital with applesauce and washing it down with vodka. 39 people died. If their souls were truly transported into the great beyond via spaceship, we’ll never know. But you can view a recreation of the terrible scene, using the real beds, at the Museum of Death in California — right on Hollywood Boulevard.

“People don’t talk about death until it’s too late”

The History of the Museum of Death

The Museum of Death was founded in 1995 by serial killer obsessives, artist J. D. Healy and his wife Cathee Shultz. Located in San Diego, the museum was supposedly set up in the city’s first mortuary, once owned by Wyatt Earp. But In 1999, when the couple set out to create a full replica of the Heaven’s Gate cult crime scene, attention from the press led to their eviction. The Museum of Death moved to Los Angeles, taking up residence in an old Pink Floyd recording studio.

The Museum of Death is not for the faint of heart. Special exhibits center on topics like terrorism and cannibalism. An especially Hollywood tradition of the museum is their annual Black Dahlia costume competation, where participants dress up as the victim, both pre- and post-murder. While all the commercialization seems to glorify the gore, J.D. Healy and Cathee Shultz insist that the mission of their monument to the macabre is death education. They hope visitors leave feeling grateful to be alive.

Unsolved: The Case of the Black Dahlia

The Museum of Death Locations

In 2014, Cathee Shultz and J.D. Healy opened a larger Museum of Death location in New Orleans, Louisiana. You can visit the museum seven days a week, from 11 a.m. to 8 p.m. (Although the Covid pandemic may affect these hours.) Admission is just $15.
227 Dauphine St, New Orleans, LA 70112

Currently, the Museum of Death website notes that the Hollywood site is under relocation with more details coming soon.

WATCH: Man Serves Friends Tacos Made From His Own Amputated Foot