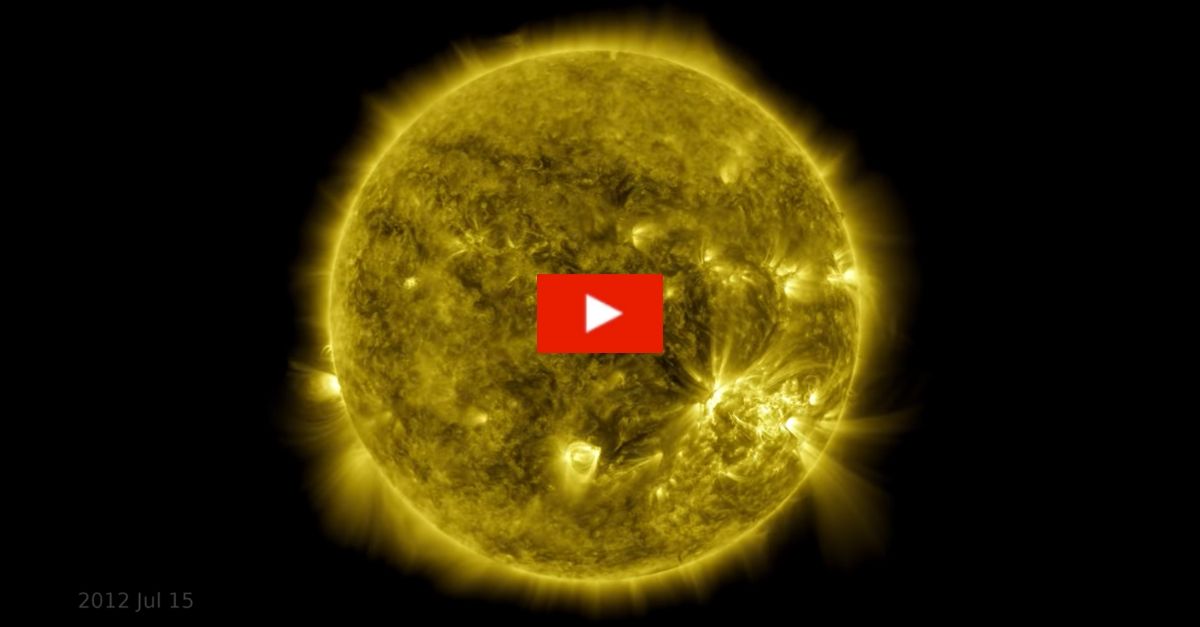 June 2020 marked the 10-year anniversary of NASA’s Solar Dynamics Observatory continuously watching the sun. The SDO has been orbiting Earth, and without pause, has collected 425 million high-resolution images of the sun, capturing an image every fourth of a second. According to NASA’s recent article on the event, the 20 million gigabytes of data collected has “enabled countless new discoveries about the workings of our closest star and how it influences the solar system.” How freaking cool.

The NASA Goddard Space Flight Center recently released an hour-long film, capturing a 10-year time-lapse of the sun. The time-lapse video is a collection of these photos, illustrating “a decade of the sun” in 61 minutes by displaying one photo from every hour. It reveals “notable events” that are part of the Sun’s solar cycle, which last 11 years, including solar flares and gas altering the sun’s magnetic fields causing sunspots, all seen across the sun’s surface. It even has its own original background music called “Solar Observer” by Lars Leonhard.

NASA explained that the SDO uses the Atmospheric Imaging Assembly instrument (AIA) to capture pictures of the sun “every 12 seconds at 10 different wavelengths of light.” The time-lapse video also shows the pictures taken at 17.1 nanometers, an extreme ultraviolet wavelength that reveals the sun’s outermost atmospheric layer, also known as the corona.

NASA also explained that the dark frames in the video were “caused by Earth or the Moon eclipsing SDO as they pass between the spacecraft and the sun” admitting to the moments the SDO didn’t get to capture. One of the longer blackouts in 2016 was actually caused by a temporary issue with the AIA, but who’s judging when you’ve got close to 500 million other photos to choose from.

If there’s one thing we can appreciate about modern society, it’s always going to be what space agencies have to offer, whether it’s inside the core of our Earth or into the outer atmosphere of the farthest galaxy we can reach.

Watch: John and Annie Glenn Had an Out of This World Love Story