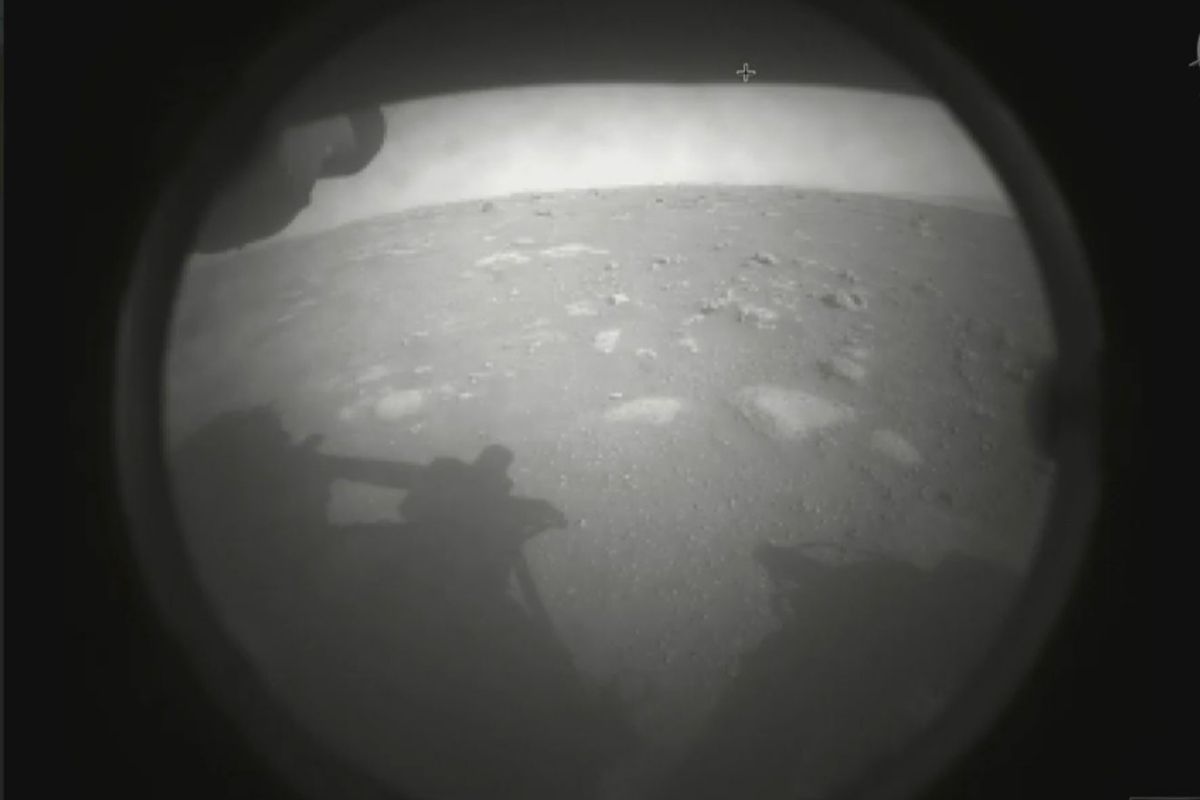 Maybe 2021 isn’t so bad after all. Looks like NASA is here to save the year after its Perseverance rover officially landed on Mars after its 292.5 million-mile journey from Earth. According to NASA, the Rover sent back its first images of the site immediately after it landed. The Rover has been on a nearly 300 million-mile journey since it left the solar system more than six months ago.

Safe to say that humanity’s love with Mars is an enduring one, full of wonder about the possibility if there was life on the mysterious planet. The Historic Mission will be able to search for evidence that could give us those answers. According to CNN, “Perseverance is full of firsts. The search for signs of ancient life on Mars. The first helicopter flew on another planet. The first recordings of sound on the red planet.”

NASA stated that the most sophisticated Rover today has a very packed agenda for the next few years. It is set to explore Jezero Crater, which is a side of an ancient Lake that existed 3.9 billion years ago, and will search for microfossils in the rocks and soil. Follow-up missions will then return samples of the set that was collected by Perseverance to Earth by the 2030s. Along with the Perseverance is an experiment to fly a helicopter, which is called ingenuity, another planet for the very first time. Once the Rover has landed on Mars, you can follow its journey using an interactive map. Any raw image that is sent back by the Rober this week and going forward will also be available to the public on NASA’s website.

Nasa’s Perseverance Mars Rover is the 9th landing on Mars and the agency’s 5 Rover. In order to land, NASA stated that it has to go through the infamous ‘Seven Minutes of Terror.’ The one-way time that it takes for a radio signal to travel from Earth to Mars is around 11 minutes, meaning the 7 minutes it takes for the spacecraft to land on Mars occurs without any intervention or help from the NASA team on Earth.

This specific Rover is set to be the heaviest NASA has ever attempted to land, which weighs in at over a metric ton. The spacecraft hit the top of the Martian atmosphere moving at a fast 12,000 miles per hour and had a slow down to 1.7 miles per 7 minutes later when it landed softly on the surface. The spacecraft’s heat shield injured heating of 2,370 degrees Fahrenheit.

This mission is the riskiest one yet as it is in an epic quest to bring back Martian rocks that will answer whether past life did exist on Mars. Ground controllers at the space agency’s Jet Propulsion Laboratory (JPL) located in Pasadena California cheered after receiving confirmation from a live stream. That the six-wheeled Perseverance sky crane had indeed touchdown on the red planet. As soon as the Rover landed, flight control Swati Mohan announced, “Touchdown confirmed! Perseverance safely on the surface of Mars.” The Rover landing marks the third visit to Mars in just over a week. Two space crafts from China and the United Arab Emirates swung into orbit around Mars on successive days last week.

All three missions were lifted off in July to take advantage of the close alignment of Mars and Earth. NASA set up the team with the European Space Agency in order to bring the rocks home, the Perseverance’s Mission alone is set to cost nearly $3 billion. According to David Parker, the European Space Agency’s Director of Human and Robotic Exploration, “It’s really the most extraordinary, mind-bogglingly complicated and will-be history-making exploration campaign.”

Watch: Remembering the Apollo 11 Moon Landing and The Iconic Step That Changed History