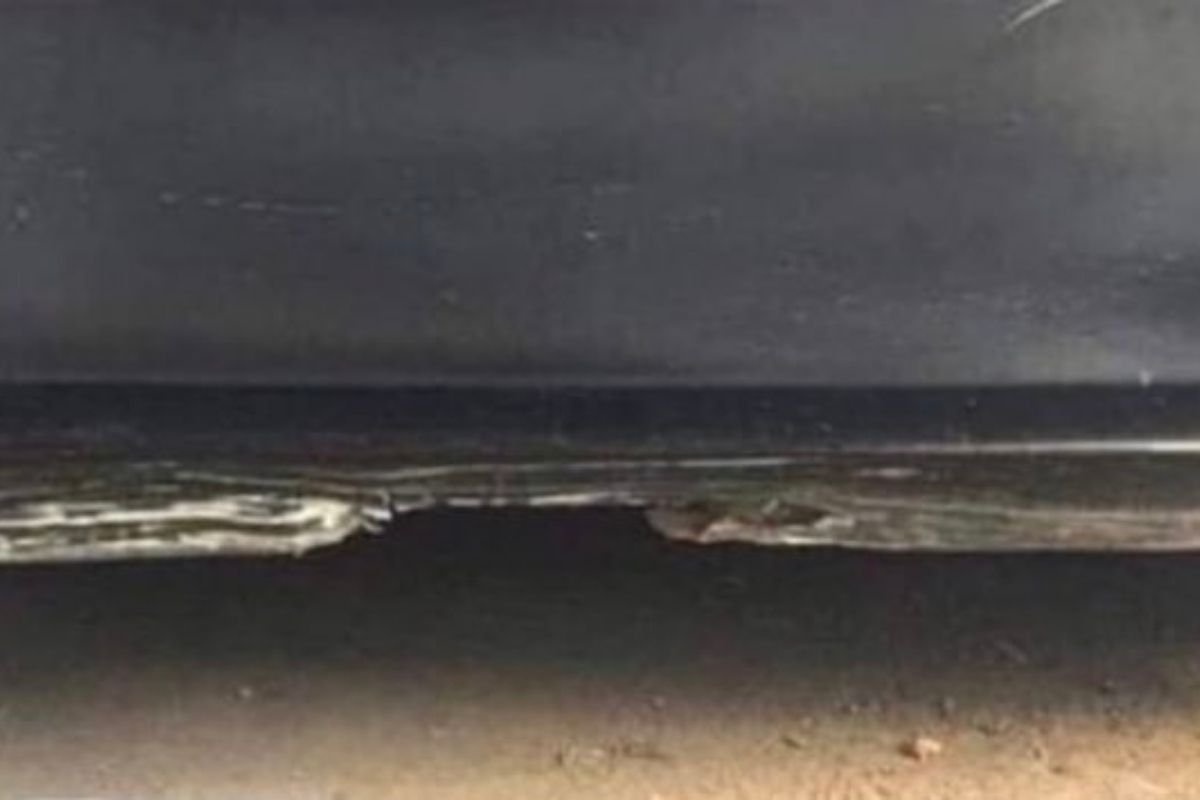 There’s nothing quite like a hilarious and annoying optical illusion to get the whole internet confused, talking, and annoyed. Have we forgotten about the good old black and blue/ white and gold dress? Now THAT was a brain teaser. Safe to say that the dress pretty much took over all of social media and is probably still causing a lot of head scratches for some people. So, here we are again with the latest optical illusion that is quickly trending and taking the internet by a heavy storm.

If you ask me, this might be one of those most confusing ones I’ve seen, it took me a good 15 minutes to really see both of the objects. Basically, a Twitter user shared an image on social media, which showed his car door…or so he claims. After their first glance, users were convinced that it is actually a shot of something else, you guessed it, a beach. Honestly, that’s what I saw first, the beach.

It’s a beautiful night with the Moon high above the ocean sky, and the waves splashing. But after looking really closely I can totally see how this can be a damaged car door. If you look you can see that there’s a scratch on the top, so really I guess it’s a matter of seeing what you want to see. Welcome to the dark side of the internet.

The Internet is Confused!

But of course, the internet being the internet took it another step further and started arguing in the comments because well, that’s what social media is for. In case you were thinking that I’m crazy, there’s actually a lot of comments in a video proving my vision. A TikTok user showed an image of the mysterious wanna-be beach, stating, ?this picture is not what you think it is. You’re probably seeing an ocean with the beach in front of it, right? Well, in reality, what is actually is is a bottom of a car door that’s damaged with a crown underneath it.?

So yeah, it’s a car, but let the internet believe what they want to believe and give them their damn ocean. They deserve it. What do you see? The lower part of a car or the illusion of water?

Watch: Men Are Dipping Their Testicles in Soy Sauce as Part of New Disgusting Trend