Polyamory: What Is It and Why Does the Flag Have the Pi Symbol on It? 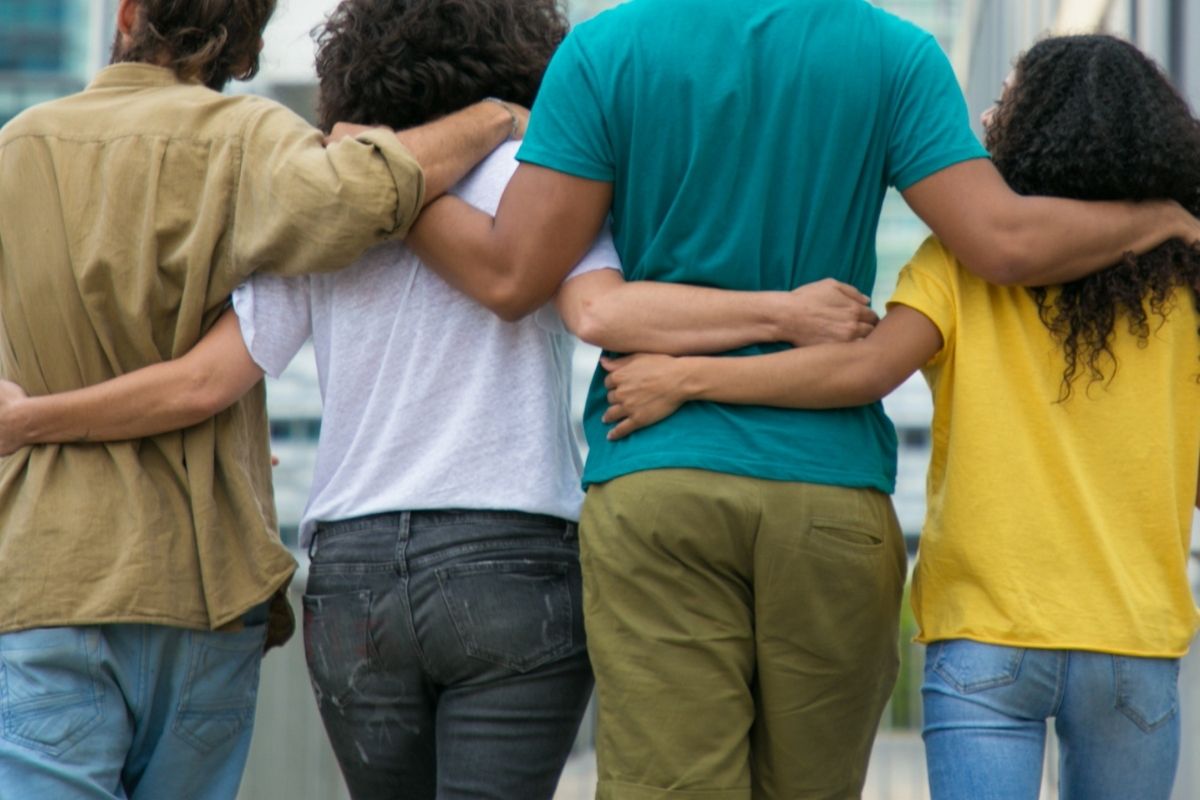 With every new generation comes inevitable societal change, as old belief systems become obsolete when progression finds more opportunities to make living life more sustainable in all facets. And as modern society has increasingly focused on making mental health, quality of life, and personal success higher priorities, polyamory has become less of a stigma and more of an opportunity for people to have all their needs met in intimate relationships.

20-year-old Willow Smith, daughter of famous actor Will Smith and actress Jada Pinkett Smith, recently revealed that she is polyamorous on her mother’s talk show “Red Table Talk.” Willow explained why she chooses polyamory over singular intimate relationships between just two people. The episode, of course, received many criticisms that focused on reasons why this ideal is outrageous. But is it really?

So What is Polyamory Anyways?

Despite societal pressures inaccurately inferring that polyamorous people aren’t heterosexual, poly relationships are not limited to any one based on their sexuality. And with gender binary ideals becoming more and more antiquated, education has become more important and valuable in understanding one another on a deeper level. This understanding allows for proper communication that can fuel successful polyamorous relationships, as people can efficiently communicate their needs and expectations in their relationships.

That also goes to explain that polyamorous is not to be confused with polysexual, another reason why education regarding sexual identity is important. Learning terms within the LGBTQ+ community is not only helpful to the community members, but also to all outside of it. Polysexual is the general term that describes, “the sexual attraction to many, but not all genders,” according to the LGBTA Wikimedia. And with that being said, this term is also not to be confused with pansexual- the attraction to people regardless of gender, bisexual- the attraction to two or more genders, or demisexual- the sexual attraction to only those with emotional connections.

This leads to also understanding the difference between sexual identity and gender identity, also important in communicating in any relationship. While sexual orientation refers to who people are drawn to romantically, emotionally, and sexually, gender identity is about how people identify themselves. For example, someone whose sexual identity is asexual means that they are not sexually attracted to others or have a low interest in sexual activity. This is set apart from someone’s gender identity, which means that someone can identify themselves as genderfluid, genderqueer, non-binary, transgender, lesbian, gay, and so on.

LGBTQ+ Terminology: The Importance of Educating Yourself

Why Is the Pi Symbol on the Polyamory Flag?

In 1995, Jim Evans designed the original polyamorous flag to represent polyamorous pride, just as the rainbow flag represents the LGBTQ+ community. The original flag displayed stripes of blue- representing openness and honesty, red- representing love and passion, and black- representing solidarity with those who must hide their poly relationships from the outside world. The pi symbol stands in the middle of the flag as the number that pi represents has infinite decimal places, representing polyamorous people having “infinite love.”

The polyamory pride flag’s design has since changed over time, as many were dissatisfied with its representation. Other versions of the flag include different color schemes and displaying a different symbol in the middle, replacing the pi symbol with an infinity heart symbol in a gold color instead.

Get “More Than Two: A Practical Guide to Ethical Polyamory” on Amazon Below