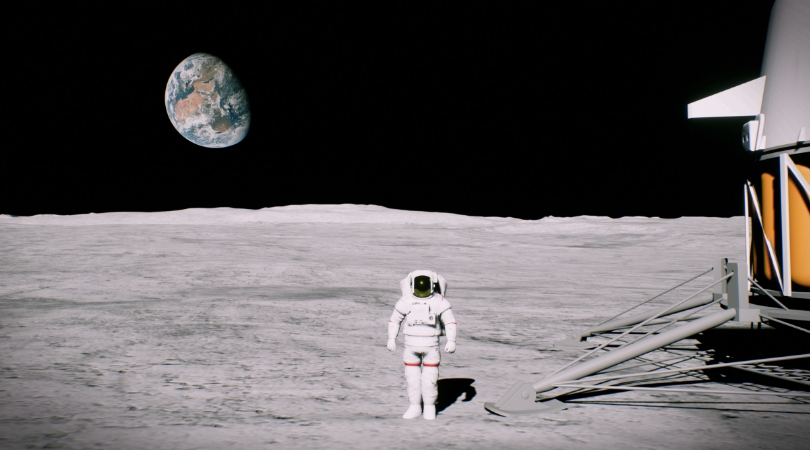 For the conspiracy theorists of the world, the moon landing didn’t happen, but overall it’s an accepted fact. In the early 20th century, the space race and moon missions were humanity’s rush to make its mark on the universe, outside of the planet earth. The Apollo missions showed just what the United States is capable of and let us do just that.

In 1969, NASA’s Apollo 11 successfully achieved the first moon landing. We all know and revere the moment. Neil Armstrong set foot on the surface and made that iconic speech. We planted the American flag. The astronauts waved and bounced. The successful trip was then followed by 5 return trips and over 300 hours spent scoping the moon’s surface.

To prove that they had reached the lunar surface and in order to bring back lunar samples (moon rocks) for the scientist to examine, astronauts had to swap out a few items to fit everything for the trip back. The lunar module used to get the ship off the moon could only support so much weight, so anything that could be left behind was. This included moon buggies, satellites, unneeded gear (12 pairs of moon boots, the idea of Buzz Aldrin and Neil Armstrong), and little bags of human waste because….well, space life.

What was left on the moon?

Aside from the necessities, a few other items were left on the moon to essentially say “F* ya’ll, we got here first” in the true, humble American spirit. The US Space agency’s six lunar missions, NASA has managed to leave over 809 objects on the Moon’s surface! Yup, all of those items combined with debris from Russia’s robotic Luna program means that there are over 413,100 pounds of junk on the lunar surface! Yikes!

Below are some of the little trinkets that are up there representing us on the lunar surface of the moon.