Mariellen had just gotten off work, and her coworkers were doing their best to convince her to grab a drink with them at a local bar. It was cold, it was getting late, she was tired from a long day of work, but she agreed to go.

After entering the small college bar, she immediately noticed the tall, handsome guy in the back, Ron. Ron was with a few of his buddies, debriefing after a long workweek. He was newly out of college and doing his best to navigate the adult world.

Mariellen explained that although this bar was packed with people in their early 20s like herself, she just couldn’t keep her eyes off Ron.

“I kept noticing Ron in the corner of my eye. I saw that he had asked a girl to dance, and she had turned him down. I thought the girl was a total idiot. This guy was tall, handsome and charismatic… I don’t see how anyone could turn him down. I turned to my friend and let her know that I was calling dibs on the tall, handsome guy in the back. My mom always told me that if I see something that I want, that I shouldn’t think too much about it and just go for it. Well, I walked over to Ron, and I asked him to dance. We got onto the dance floor and my luck, a really stupid song started playing. It was a song that you really couldn’t dance to. He made some sarcastic comment, and it was banter, banter, banter the whole night. We talked for three hours straight, and he asked me out the next night. After that, we never dated anyone else. It was that easy!”

As Ron and Mariellen spent more time with each other, they realized that they were truly a perfect match. They had similar morals, goals and personalities. In a world full of chaos, they were able to find ease in one another. They didn’t date long before Ron decided to take their relationship to the next level.

“Ron and I had gone to dinner at some Mexican restaurant. It was November, so we were talking about Christmas and our holiday plans. Ron casually asked me what I wanted for Christmas, and of course I wanted an engagement ring, but I couldn’t say that. I told him I really didn’t care what he got me — then he came in for the kill. He asked me if I want his last name for Christmas. Smooth, right? Well, immediately after he said that, our waitress came up to take our order. The moment was completely over, and we didn’t revisit it. The next day, we were on the phone, and I asked about what he said the previous night. He jokingly tried to play it off like he didn’t know what I was talking about. I was not going to let that fly!”

The couple married shortly after. They were blessed with two beautiful children, and their family truly felt complete. Ron explained that family was always something that was very important to him and his wife.

“We have always been really close with our kids and our kids’ friends. We would frequently be told that their friends looked up to our family and thought that we were models for what a family should be. We actually liked hanging out with each other. Well, I know Mariellen and I do. The kids may be faking it. It all just comes down to how much family matters to us. It has always been our foundation.” 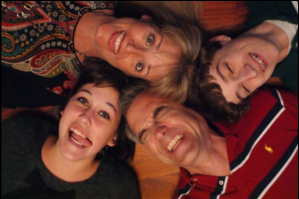 In 2015, the beautiful life this family created was shattered.

“It was a beautiful day. I had just gotten off the tennis courts, and I decided to text the kids. I wanted to see if they would like to come home for dinner. They both lived in Atlanta and would frequently ride together. I got a call from my daughter, Kelsey, and she explained that Clark wasn’t feeling well and that he had been throwing up all day. I gave Clark a call, and he said he wanted to come home but didn’t feel OK to drive. Ron went and picked him up and took him back to the house. We monitored his symptoms, but something just didn’t feel right.”

The next morning, Clark woke up and was still not feeling well.

“He had a bad headache, and I asked him if there was any way that he fell off his lofted bed. In his fraternity house, they had these beds that were lofted seven feet off the ground. He said he didn’t remember falling off his bed, but that it was a possibility. We ended up taking him to the emergency room, and they confirmed that Clark did fall off his seven-foot lofted bed, and that he must have landed directly on his head.”

When Mariellen and Ron were told that their son had fractured his skull and that his brain was bleeding, they were in complete shock. The doctors had to take immediate action in order to try to save Clark’s life, and even with that, there was no sure answer as to whether he would live. Mariellen, Ron and Kelsey waited anxiously for Clark to come out of surgery. Ron explained that not knowing if Clark was going to survive was the most heart wrenching-feeling he could have ever imagined.

“Kelsey looked and me and just kept saying that Clark can’t die, it’s not his time. Those words ring in my eye, even today. To even think that the fourth puzzle piece to our family may not make it… as a parent, it changes you. In that moment you realize what’s really important. In that moment I realized that without Clark, our family would never be whole again.” 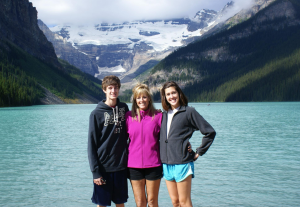 Clark survived his surgery, but was put in a coma for four months. When he woke up from his coma, he had to relearn everything. He couldn’t talk, eat, use the bathroom or walk; he was virtually a 150-pound infant.

In the months that followed, the family could only hope and pray that one day, they would get their fourth member back. Their days were spent in tremendous emotional pain, as the family that seemed so strong was coming apart.

“I look back on those days, and there truly is not a word to explain how horrible it was. We were just trying to make it day by day. When you’re going through that much pain, it was hard to be there for anyone. It’s hard to even keep it together for yourself. Ron and I would take turns at the hospital and therapy,  and at one point, we were only seeing each other in passing. Kelsey needed us too, and we just weren’t there for her. It hurts when I think about that. She needed each of us, but we were just trying to survive ourselves. Our family truly almost fell apart.”

As the family pushed to find their new normal, Clark was also diligently working to regain the life he once had. His progress gave the family hope. He never complained about having to go to therapy or doctor appointments. Clark was a light to his family and everyone he came in contact with.

As time went by, the Clark everyone knew and loved began to resurface. He started talking, eating on his own, using the restroom and walking. After hundreds of hours in therapy and countless prayers, the family was starting to recreate their cracked foundation.

Throughout his son’s near-death experience, Ron learned what mattes most in this world: his family.

“You can think you’re strong, but you never know how weak you are until tragedy strikes. We had such a strong foundation, but even that couldn’t withstand what was thrown at us. We almost fell apart, but what initially brought us together kept us together. I think we’ve learned that a family is such a beautiful, delicate thing. It needs to be treated that way. Sometimes you don’t always get it right, and that’s OK. It’s OK to not be OK. When you go though a horrible tragedy and make it out above water, that’s something worth celebrating. Our faith was tested and our foundation was shook, but we held on for dear life, and we made it out. Now, we appreciate the small things. Life is so precious, and family is something that cannot be replaced once it’s gone.”

The family created the awareness page railagainstthedanger.org. Through this organization, Mairellen and Clark want other students and parents to be aware of the dangers that are associated with lofted bunk beds without safety rails. Clark wasn’t planning on falling from his lofted bed, but it happened. If it can happen to Clark, it can happen to anyone. No family should ever have to go through what the Jacobs have endured.

Help support this cause by visiting the family’s Change.org page. 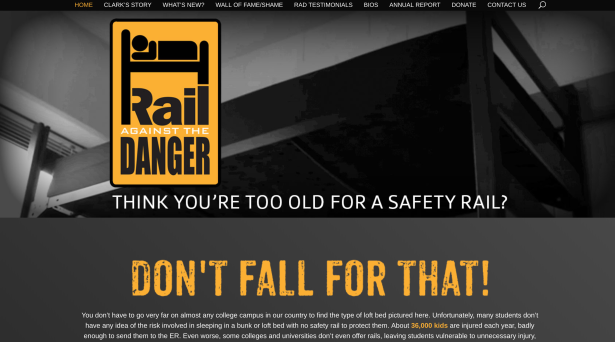 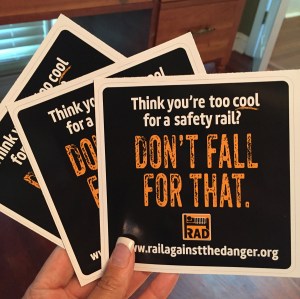 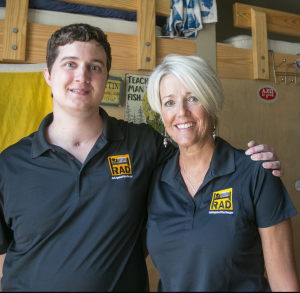