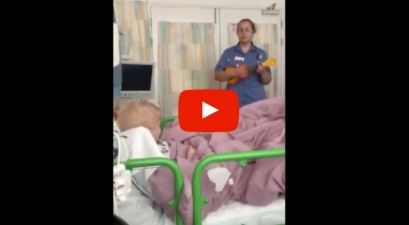 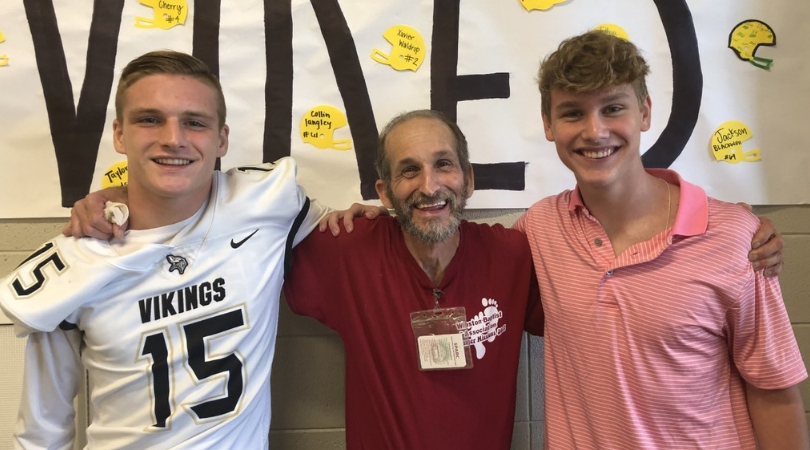 Editor’s note: This article was originally published on October 11, 2019. It was updated on April 30, 2020, after a video was released of Travis Kennedy receiving his new truck.

Sam Hice and Preston Reed have really done it. These two Jasper High School sophomores were determined to show their custodian, Travis Kennedy, how much he really has impacted their lives. And they did such an incredible job.

Kennedy was driving 20 miles to and from work every day with a truck that’s older than before these sophomores were even born. It was beat up and looked like it could fall apart any second. However, Hice and Reed started a GoFundMe page to get “Travis the Janitor” a new truck, wanting to thank him for how much he truly has impacted their lives for the better.

They were only trying to raise $20,000 initially. However, with contributions coming in fast (raking in almost $8,000 within the first week) and Carl Cannon Chevrolet Buick GMC (a local car dealership in Jasper) promising to match the donations up to $10,000, they were able to give the custodian more than just a working truck.

A video of the boys finally presenting a brand new red truck to Kennedy at what looks like a football game was released. You can see how overwhelmingly thankful the humble man is, he can barely even talk. It’s these kinds of stories that we should be seeing from our younger generations, but also using to set examples for them.

@jaspervikes janitor of 20+ years Travis Kennedy needed a new truck. Today, he received keys to a new Ford after two students, Jasper community, @CarlCannonChevy raised more than $29,000 to buy him one. His reaction is priceless! @FordTrucks @WBRCnews @AHSAAUpdates pic.twitter.com/uV2ERBYl7I

Be still my fragile little heart, stories like these make me so happy. There are still good kids out there that appreciate all the hard work adults do for them. Custodian Travis Kennedy has become quite a role model at Jasper High School for his dedication to his work and the students, not only becoming a mentor but a friend. He made such a great impact on sophomores Sam Hice and Preston Reed, that they decided to surprise him with a special gift.

Kennedy makes a 20-mile commute to and from work every day but states he does it with a servant’s heart. The two students noticed that he was using a worn-out old truck in poor condition, so, they wanted to make their appreciation to Kennedy known and do something special. They started a GoFundMe page for “Travis the Janitor” to collect funds for a new truck.

That’s Travis Kennedy in the middle. He’s a custodian at Jasper High School. His truck is 30 years old and not the most reliable, but that’s where these two students come in. They started a GoFundMe to get Travis a new truck. A great story for a really deserving man. More at 5. pic.twitter.com/7h9Tbo4i7O

According to their GoFundMe page, Kennedy is an honest hardworking man who “deserves much more than just a new truck, but this is a start.” The students are attempting to raise $20,000 and have raised nearly $12,000 after a week of posting their page.

The high school students said they didn’t expect their effort to grow as fast as it did. Kennedy, who is overwhelmed with gratitude by the gesture, has worked at JHS for 22 years and stated he didn’t realize what an impact he was making on the students.

?I never knew I was living like that. You know, you didn?t know you were impacting them. I didn?t know I was impacting them. But, you know, you got to live truthfully. You?ve got to be honest. You have to try to do things right. And I was made to do that. They ran through the halls and ask me how I’m doing, and i just say ‘I’m blessed’ and ‘I love y’all.'”

Reed And Hice first met the custodian during their 8th-grade year. Since, Kennedy says they always make an effort to greet him down the hallway. He is known for always smiling, working hard, and teaching teenagers about the gospel. To help the students meet their goal, Carl Cannon Chevrolet Buick GMC, a local car dealership in Jasper, offered to match the GoFundME donations! The students started the fundraiser on National Custodial Workers’ Recognition Day.

Watch: Woman Gets 4 Years for Crash that Killed 3 Kids at Bus Stop