Whatever Happened to S&H Green Stamps? 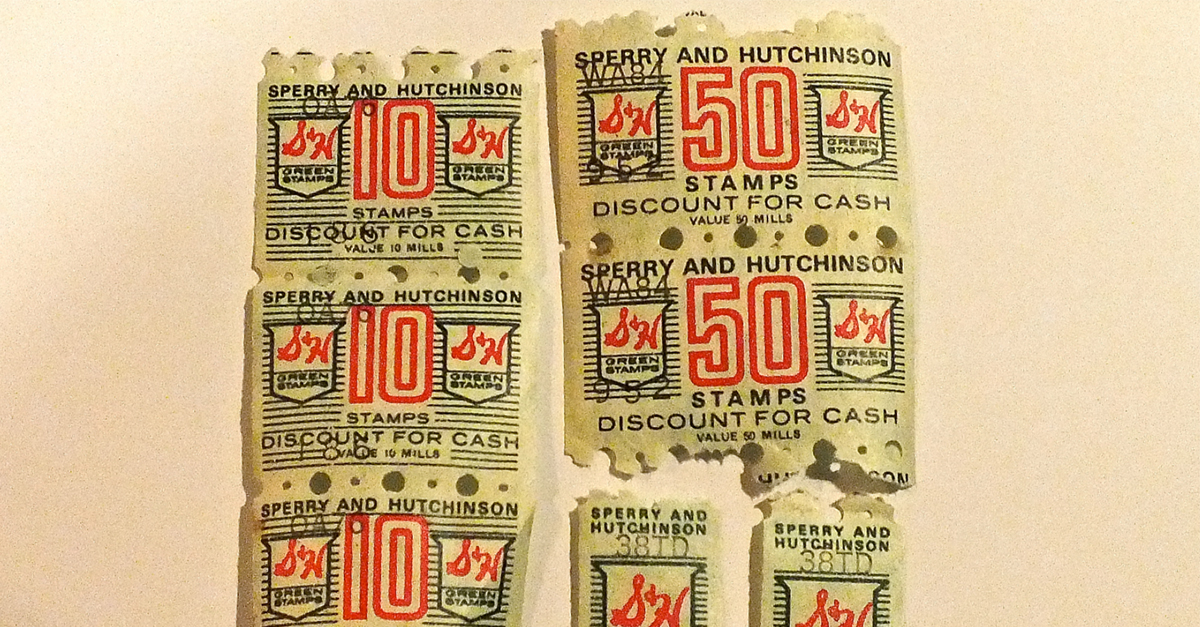 The S & H Green Stamp was one of the originals trading stamps, and they were collected with great fervor by American families from the 1930s to the 1980s.

The small green stamps known as the S & H green stamps originated in 1896 distributed by the Sperry & Hutchinson Company, hence the “S & H” title. The Green Stamps were apart of a rewards program meant to incentivize people to buy their stamps. The Green Stamps were one of the first loyalty programs. Retailers purchased the stamps from the Sperry & Hutchinson Company, and the retailer determined the value and sold them to shoppers. Shoppers would then choose who to shop with based on which retailer’s stamps were cheapest.

At one time, they boasted having sold more stamps than the U.S. Postal service. The S & H Green Stamps were found at grocery store checkouts, gas stations, department stores with denominations one, ten, and fifty points. The perforated stamps had a sticky back to be moistened (probably licked) and stuck to the saver book. which were provided with the stamps. These books were 24 pages long and each page held a value of fifty points.

Collecting the stamps included a rewards program. Parents and children bonded together collecting the booklets of green stamp books wrapped din rubber bands in order to trade them in for various items. Home goods like kitchenware, outdoor gear, and some small appliances could be redeemed from the Green Stamp catalog. Children could redeem the stamps, as well as other collectibles or toys. Many families said that it taught them saving and collaboration.

The Decline of S&H Green Stamps

Business for the program declined heavily during the mid-60s and towards the 70s, with declines win the green stamps valued. In 1972, the Sperry & Hutchinson Company also faced a lawsuit for restricting the trade of stamps. According to the unfairness doctrine,  the program violated this in their green stamps program.

After the online boom, the company started offering S&H Greenpoints online for shopping at their online stores. The Greenpoints, however, could be redeemed at a few stores like the New Jersey and New York Foodtown stores.

In 2013, founder and owner of Pet Promise and Greenopolic Recycling purchased the S & Hutchinson Company with plans to relaunch the classic program.