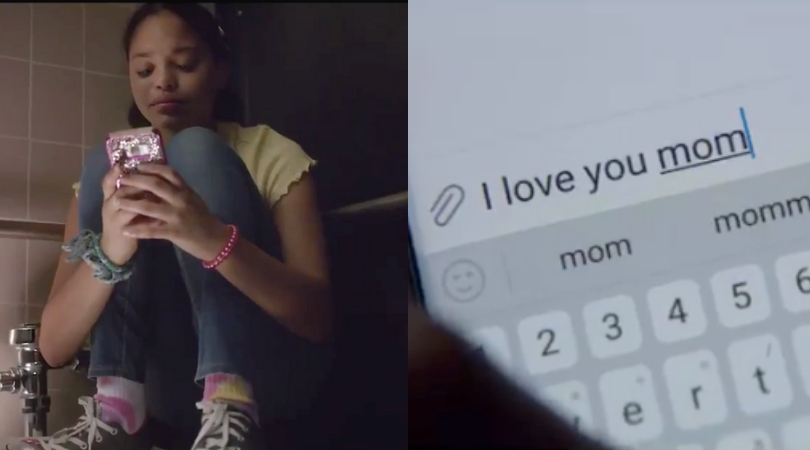 You know that feeling when you watch something so devastating that you lose a little piece of humanity left in you? Well, this is that video. That being said, watch it. Just watch it. It will open your eyes to the world we are living in now. One where we have to release ads showing people how our children are protecting themselves during school hours.

Sandy Hook Promise is an organization that dedicates themselves to protecting children from gun violence with several programs. The nonprofit was created after the 2012 shooting at Sandy Hook Elementary School in Newtown, Connecticut. Using the hashtag #ProtectOurKids, their intent is to honor victims of gun violence, by turning the tragedy into a “moment of transformation” by providing practices and programs that protect children from gun violence and “stop the tragic loss of life.” Their mission is to create a culture engaged in preventing violence, shootings, and harmful aspects in schools.

The nonprofit organization decided to release a back-to-school PSA on their twitter page, featuring students showing off the school supplies they got for the new school year. In reality, the public service announcement is a frighting battle cry against school shootings, which stresses that these tragic incidents can be prevented. The video starts with cheery music and students showing off their new backpacks and binders.

Survive the school year with these must-have #BackToSchool essentials. https://t.co/9KgxAQ0KGz
This PSA contains graphic content related to school shootings & may be upsetting to some viewers. If you feel this subject matter may be difficult for you, you may choose not to watch. pic.twitter.com/5ijYMtXRTy

As the children keep pointing out their items, you can see other students in the background running, taking cover, hiding, and locking doors. The frighting video then leads you to assume a shooting is occurring after you see a young girl standing near the door with a pair of scissors, saying the scissors she got will be handy during her art class. All this is said over gunshots ringing in the background.

The scene then changes to two students sitting down in the hall while one girl’s leg is dripping with blood. The other girls tells the camera that her new socks are life-saving, and quickly takes them off to wrap it around the girl’s leg. The video ends with a girl texting her mom that she loves her, crying on a toilet as you hear the door creaking in, and footsteps followed by it. This makes you believe the school shooter found her hiding spot.

Now, I can’t even bring myself to say how much this hurts my heart. As soon as I finished the video I was in full-on teras. It’s so sad that this is the world we live in. One that we have to think of ways to keep our children safe at schools, whether it’s conducting fake shooting drills or making them wear bulletproof backpacks.

It’s not, it should never be.

It’s a problem, and unfortunately, it won’t stop until we as a nation can come up with a way to stop this violence. Until then, mass shootings will continue, and more children will have to keep an eye out for an exit whenever they are in their classroom.