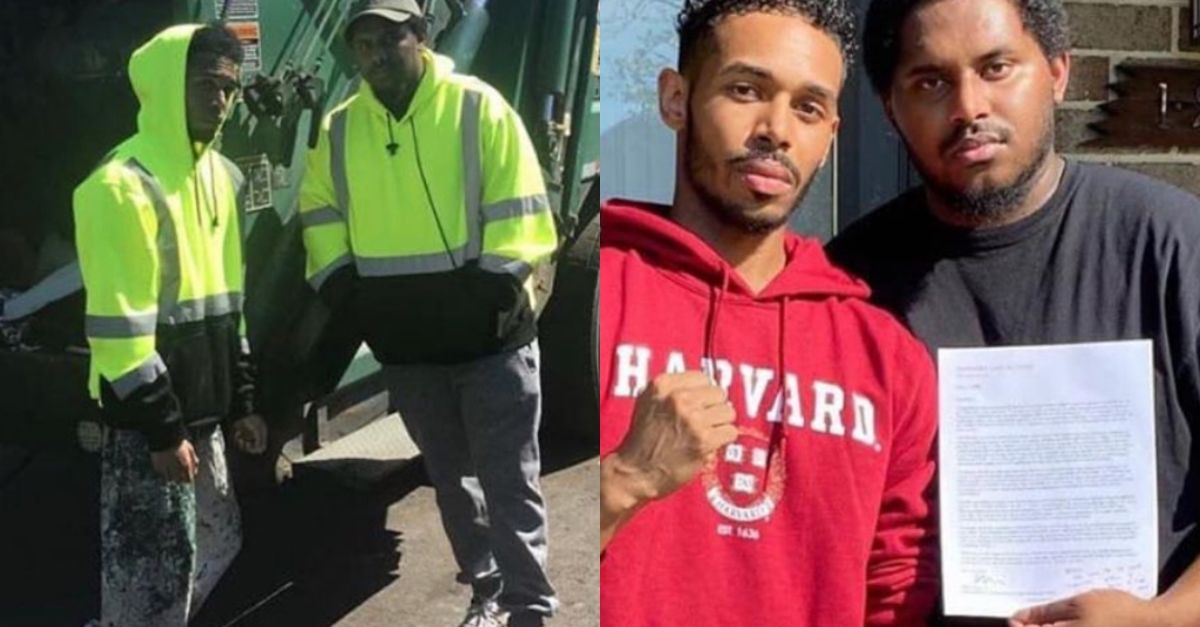 Rehan Staton’s story is the perfect example of why having a supportive community around can be important and crucial in a person’s life. No matter what job title you have or what role you play in everyday life, you have the power to impact the people around you. And Rehan credited his own story to success to his community.

Growing up, Rehan’s father worked anywhere from 1-3 jobs at a time, providing for Rehan and his brother Reggie after their mother abandoned their family. Living in poverty, Rehan struggled with his grades in middle school and in high school, unable to focus because of the struggles at home. He told Today, “There were times where we just didn’t have electricity. We didn’t have food in the fridge.”

His first attempt out of an impoverished life was in high school. Hoping sports would be his ticket, he worked really hard in boxing and martial arts, winning national and even international competitions. Unfortunately, his career ended his junior year after sustaining rotator cuff injuries. Since he had no health insurance, his boxing dreams were over.

By the time his senior year rolled around, Rehan’s poor grades and test scores resulted in him being rejected by every college he applied to. He ended up taking a job as a sanitation worker with Bates Trucking and Trash, collecting trash and cleaning dumpsters. This was the turning point for Rehan, as he explained, “It was the first time in my life a group of people really just empowered me, uplifted me, told me I was intelligent. I believed in the hype, and I was ready to go to school.”

Many of his co-workers were formerly incarcerated and were encouraging him to back to school. Brent Bates, the owner of Bates Trucking and Trash, helped Rehan enroll in Bowie State University. Rehan’s brother Reggie, was already attending Bowie but dropped out to help their father so Rehan could attend. Reggie saw and knew his little brother’s potential and was going to make sure Rehan had the best opportunities. Rehan didn’t let his brother’s dropout go in vain, achieving a 4.0 GPA before transferring to the University of Maryland.

Rehan explained, “I actually just had a support system the second time around. In high school, I just didn’t have the support, and when I got to undergrad, I had teachers, other students, leaders. Holistically, I just couldn’t fail at that point. Too much support.”

So I got denied by all of the colleges I applied to after high school, so I picked up a job as a trash man to help my pops out. But a chance to go to Bowie State popped up. However, I needed to keep my job so I could help out my dad with the bills because my brother was already in college. My brother legit dropped out of school after the semester finished so he could get a job to cover the bills, so that I could go to school. That sacrifice is the only reason I’m going to Harvard Law School this fall. This wouldn’t have been possible without you. I love you, big bro. ✊🏾💉

In 2017, Rehan’s father suffered from a stroke, bringing Rohan back to work as a sanitation worker so that he and his brother could save their home. Rehan would start his day at 4:00 am so that he could work before class. But that didn’t stop him from receiving many academic awards while finishing his undergraduate degree. In 2018, he finished his undergrad degree majoring in history and was the student commencement speaker at his graduation.

While studying for the LSAT, Rehan worked full time with the Robert Bobb Group, a political consulting firm in Washington, D.C. He scored higher than 80% of those who took it that year, resulting in multiple acceptances from the most prestigious law schools in the country.

Out of the University of Pennsylvania, Columbia, Pepperdine, and the University of Southern California, Rehan picked probably the most prestigious law school to go to: Harvard Law School. In an amazing journey from not getting accepted to any colleges to getting accepted to many of the best law schools in the country, Rehan will be attending Harvard Law School in the spring.

So far, a GoFundMe page set up to help pay for Rehan’s tuition has already raised over $180,000. Although Rehan knows there’s still more work to be done, he credits where he is now to the people around him, who believed in him and sacrificed for him so that he could make them proud.

He told Today, “If you put in the effort and the work and you stay committed, things will fall into place.” We’re rooting for you and your family, Rehan. And to everyone else, remember that your words and actions, no matter how big or small, can impact someone’s life to do better. Be kind and encouraging to one another.