This Sexologist Uses Vaginal Juice As Perfume To Seduce Her Prey 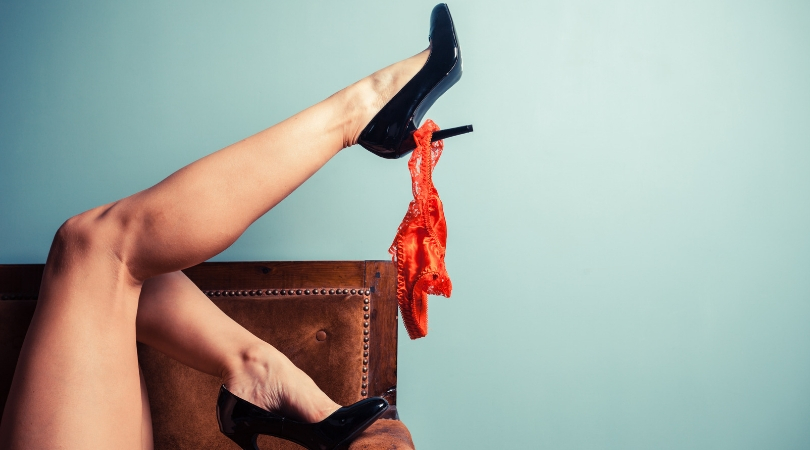 WHAT IN THE WORLD IS GOING ON!? First, women were shoving up garlic knots in their vagina’s. Then, they were getting so hot during the summer that they decided to shove freaking popsicles up there to cool down. Now, this woman decided to take it up a notch and do the most disgusting thing I have ever heard. What is she doing? She is using her own vaginal juice on herself to seduce men and encouraging other women to do it. NO, NO, NO, NO.

Turns out Sexologist Shan Boodram found that the secret to captivating a man and keeping him in the palm of your hand is to smell like your hoohah 24/7. Yes, according to Boodram, the “Love Potion Number Vagine” should be applied to your pressure points, that way you will seduce anyone traditionally attracted to women with vulvas.

Her research stated that pheromones transfer excitement. Those Pheromones are chemical molecules that are released to trigger hormonal changes and elicit behavior responses for others. These signaling molecules are contained in bodily fluids such as genital secretions.

Well. It's hard to add much to this other than to say…this seems funky: https://t.co/7xmVlQnR4B

Basically, she then went on to conduct an experiment with four of her brave friends. Who I want to believe were probably paid to spray their “natural scent” on their body or were incredibly drunk and ultimately agreed with this woman. They each went to a crowded bar wearing no perfume or scented products. For the first half of the night, the women then would go up and strike up a casual conversation with people. Then, after successfully connecting with the men, the group headed to the bathroom to apply vaginal fluids to their necks, chess, and wrist.

“I instructed them to wash their hands, get in a stall and then move their finger around their vaginal opening. The goal was to get a new sample from the Bartholin’s glands, which are the size of a pea but play a large role in vaginal lubrication. Once they got a good amount of wetness, they could rub it on the neck, collarbone and wrists.”

They then went around the bar a second time and sparked new conversations. The sexologist wanted to see if the application of the fluids made people subconsciously move closer or not. Now, I have nothing against Boodram whatsoever, but this whole thing seems so ridiculous. There is a longer conclusion to this whole experiment that you can read here, but I’ll just give you the short answer.

Basically, she concluded that people were getting really close to them, but she didn’t know if it was because it was really loud in the bar or if it was because of the fluids. But, being the optimistic sexologist she is, she stated that if you ever needed that extra boost of confidence, you can use it to serve you like a love potion.

“Regardless of if vaginal pheromones truly make a person irresistible or not, the fact that you think it does will cause you to act in a bolder, more confident manner. There are no health risks for others and unless you suspect you may have bacterial vaginosis, it will not make you smell bad. I’ve used this technique countless times in the past ten years and have had mixed results: sometimes people are flocking to me, sometimes I don’t notice a difference. So while I’m not sure how effective this experiment is, I am certain that every single time I employ it, it makes me feel like an enchanted goddess with a delicious secret.”

Now, I don’t know what you guys get out of this, but I’m just gonna go ahead and say exactly what this sounds like. A big fat lie. Why? Because well, she doesn’t know if it actually works or not. She clearly stated that. Plus, saying that using vagina juice all over your body to boost your confidence is just plain dumb, gross, and unhygienic.

How bad is your sex life that you have to resort to using vaginal discharge to attract people? Now, I’m not a sex therapist, but I can assure you that this is too much, this is what Tinder is for! Ladies, please don’t do this. The world already has enough weird smells coming from left to right, and we definitely don’t need one more. I’m done.