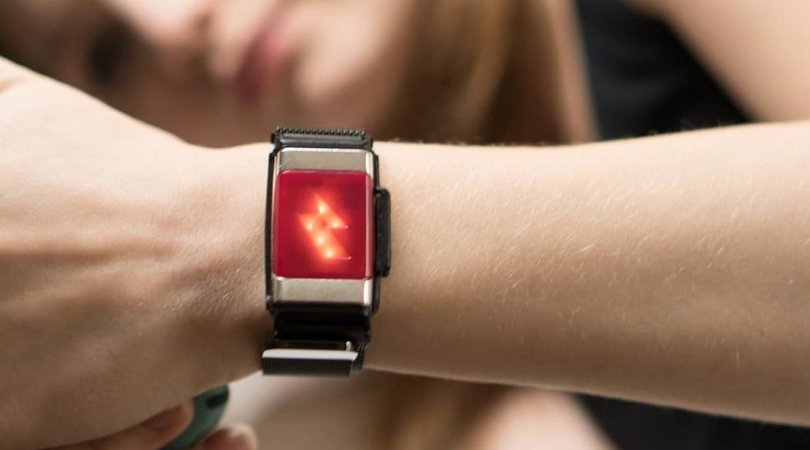 For anyone looking to get a jump on that New Year’s resolution of ‘saving money’ and ‘eating healthier’ (again), Amazon has got just the thing to help you do both of those…. and more.

Enter the Pavlok bracelet shock bracelet. If that names for some reason rings a bell, thank the intellectuals in your life that drone on and on about psychology. The name PavLOK pulls from Ivan PavLOV – the Russian psychologist known pretty much solely for his theory of classical conditioning. This bracelet is here to classically condition you out of your bad habits! Whether those be oversleeping, eating too much fast food, hitting that snooze, prepare to be shocked by the impact this will have on your life!

Struggle to get out of bed on time ?⠀ ⠀ One of our most popular features is the 'Shock Clock'⠀ ⠀ Either you get up on time or….⚡

Pavlok 2 bracelet is basically super cheap aversion therapy, and without a therapist. Everyone is looking for a cheaper solution to avoid that, right? Here’s how it works, you program your Pavlok 2 to automatically shock or you administer yourself whenever you engage in one of those nasty lingering habits you hate. And when you do the bracelet sends a little zap of 340 volts straight into your arm. For those who need a little extra help, there is the Pavlok app that goes with the watch that you can have a friend or family member download and deliver a shock for you.

The Pavlok 2 has been around since the early 2010s. But has suddenly started trending, as things do when Youtubers accept enough money to name drop (Jk, I don’t know if that’s happening here). The brand claims that within “3-5” days you will feel those urges starting to decline. The shock is said to be similar to touching a doorknob after rubbing your socks on the carpet. But, don’t worry, there’s a progression starting with e slight vibrate, then a beep and the shock is the last step. If you’re easily trainable enough, you won’t have to be shocked!