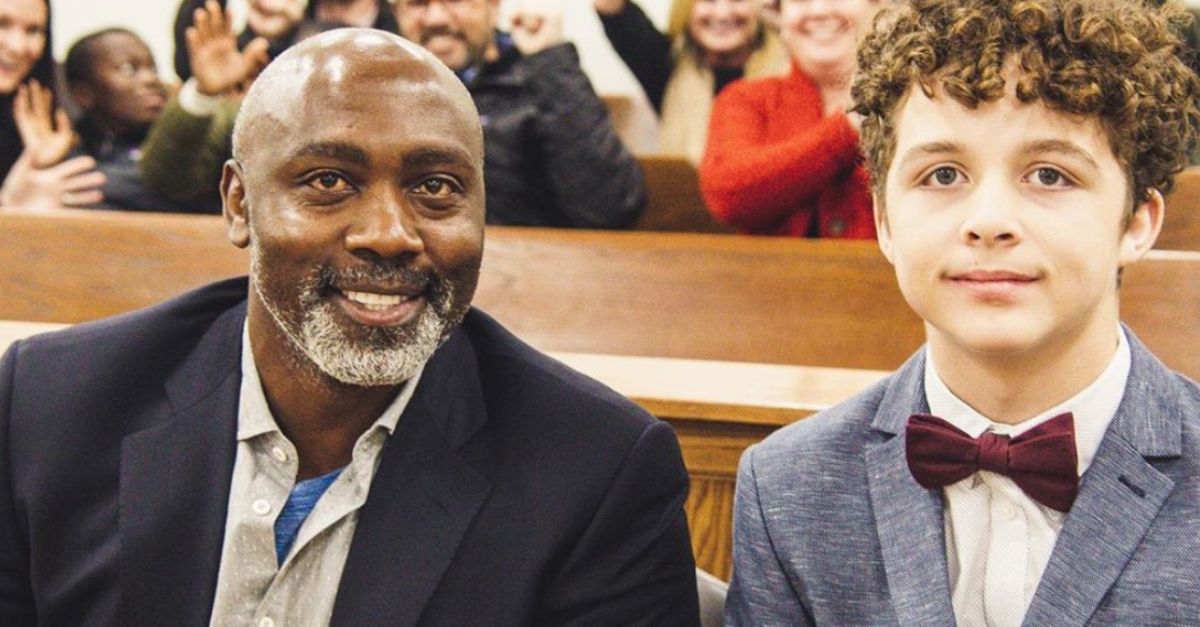 When Tony was 4-years-old, a couple in Oklahoma adopted him. However, according to his foster care worker Jessica Ward, by the time he was 11-years-old, his parents left him at a hospital and never came back. But things finally changed when Jessica called Peter Mutabazi from Charlotte, North Carolina.

Topic: unfinished laundry 🧺 ⠀⠀⠀⠀⠀⠀⠀⠀⠀ Bravo to all parents, especially single moms. Thank you for braving the journey of balancing work and raising your precious children. ⠀⠀⠀⠀⠀⠀⠀⠀⠀ Sometimes, I’ll have sleepless nights just looking at the pile of laundry wondering how it got so big (didn’t I do the laundry yesterday? 🤷🏾‍♂️ Or was that last Friday? 🙃). With a list of a million other things to do along with a full time job, it feels like I can never catch up. ⠀⠀⠀⠀⠀⠀⠀⠀⠀ To take some of the load off my shoulders, I have found fun, creative ways to involve the kids as I also teach them life lessons. ⠀⠀⠀⠀⠀⠀⠀⠀⠀ What creative ways do you involve your kids? . . . . . #adoptionsupport #bettertogether #blackandwhite #blackdads #dadgoals #dadlife #dadsofinsta #fatherandson #foreverfamily #fosterdad #fosteringsaveslives #fosterparents #ittakesavillage #momgoals #momlife #nowiamknown #singledad #singledadlife #singlemom #singlemomlife #thisisus #lifeskills #choresforkids #funwithkids #raisingkids #DadsCare

Peter Mutabazi is a foster parent and has been a foster dad for three years. Growing up in Uganda, Peter ran away from his abusive home when he was only 10-years-old. Finding a parent figure who helped go through school, he eventually was able to move to the United States and become a citizen. He currently works with the nonprofit organization World Vision United States, helping kids who live in vulnerable areas. So far, he has fostered 12 children.

“They became my sponsor, my family. I grew up the poor of the poorest people on the planet,” Peter told Good Morning America, “I grew up where no one told me to dream, that there was no future for me.”

On January 16, 2018, Peter received a call from Jessica Ward, who works with Angels Foster Family Network in Edmond, Oklahoma. Jessica asked Peter if he could take Tony in for only two days for the weekend. But after learning what happened to Tony, Peter felt moved to take Tony in for good. He said, “By that time, I was crying. I thought, ‘Who would do that? Once I knew the parents’ rights were signed off and he had nowhere to go, I [knew] I had to take him.”

Jessica helped facilitate the adoption, and it was finalized when Peter and Tony moved from Oklahoma to North Carolina. In a Charlotte Courthouse, on November 12, 2019, Peter officially became Tony’s dad.

As the first time adoptive dad to foster teen, we were blessed by the same judge that presided over the child’s first adoption #foreverfamily #adoptionadvocate #teenadoption

Jessica told GMA, “[Tony] had some issues that he was dealing with from foster care and trauma when he was abandoned, so Peter know once he took him in, that was it. Peter’s story all around is beautiful and amazing. Because of the age, Peter was when all of the things happened in his world, I feel like that’s been such a connection for him and Tony.”

“He’s the nicest, smartest kid I’ve ever had. From day one, he’s always called me ‘dad.’ He truly meant it and he looks up to me. He’s proud to show me at school and say, ‘Hey, he’s my dad.’ That’s something that I love about him,” Peter also said to GMA. He explained that he and Tony enjoy spending time together including playing board games and reading books.

Peter isn’t done fostering children either. In the near future, both he and Tony are ready to welcome a new foster child. Follow along on their Instagram page to keep up with this cute family and their hilarious pictures!