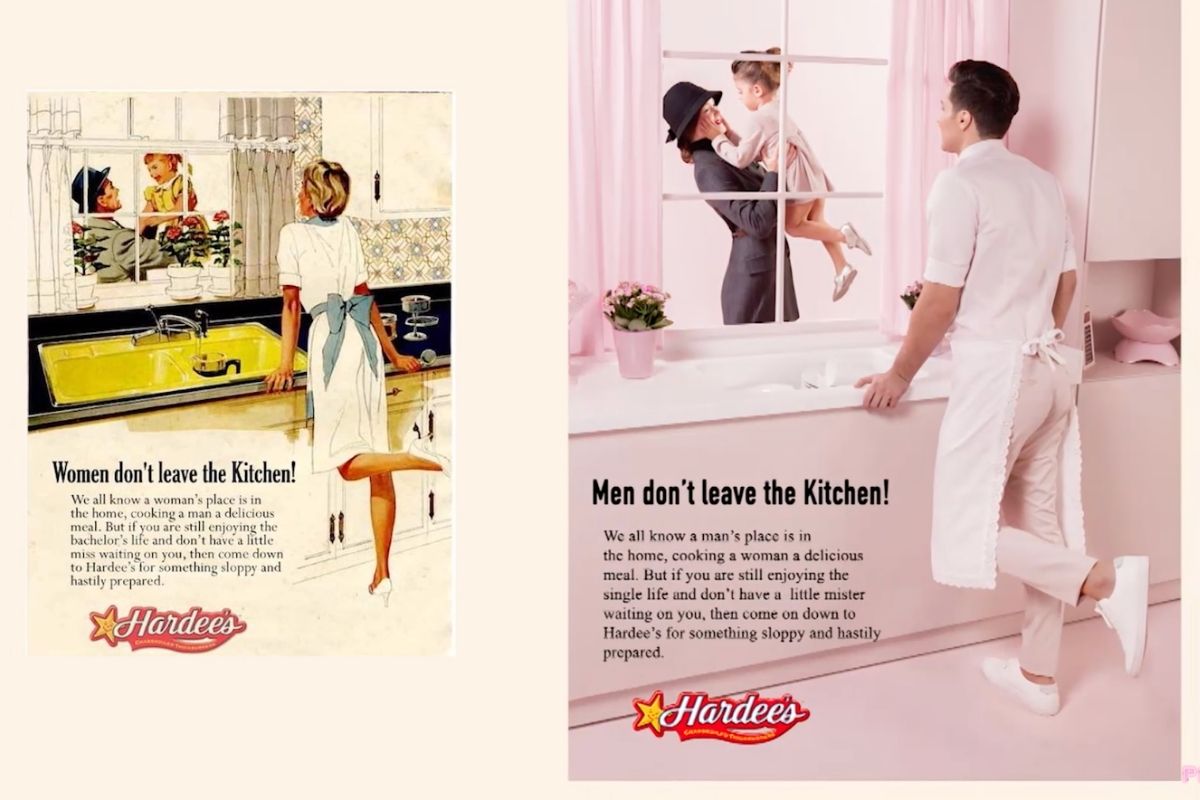 While advertising has evolved and come a long way in the last 60 years, there’s without a doubt, many who are still stuck in the same mindset of those who originally created these now-vintage ads. Just ask Eli Rezkallah, photographer and founder of Plastik Magazine. Rezkallah explains that the photo series was created after a disturbing comment was made at a family gathering:

“Last Thanksgiving, I overheard my uncles talk about how women are better off cooking, taking care of the kitchen, and fulfilling ‘their womanly duties.’ Although I know that not all men like my uncles think that way I was surprised to learn that some still do, so I went on to imagine a parallel universe, where roles are inverted and men are given a taste of their own sexist poison.”

Thus, a concept was formed. Finding inspiration from a few outdated ads, Rezkallah had released “In A Parallel Universe,” which depicts men and women in stereotypical gender roles. But there’s a twist: the roles are reversed.

Rezkallah also tweeted the series on social media using the hashtag #TimesUp, referencing the anti-sexual harassment movement. The creative director wanted to use the series to challenge gender stereotypes and help the fight against sexism and sexist ads.

The role-reversal series attracted mixed reviews on Twitter, and some also noted that a similar series had already been created once before. While some were excited and thankful about what Rezkallah was doing, others thought it was baseless and unnecessary.

Dumbest thing I seen all day

Rezkallah was born in Beirut, Lebanon, and is the owner of Plastik Studios. She has made incredible movements in the creative industries over the years, and as her work was widely criticized, her work has also been widely acclaimed for its powerful, bold, and original statements. She truly is an artist, creating Plastik Magazine, the first visual publication in the Middle East.

Editor’s note: This article was originally published on January 18, 2018.