Heads Up Texas, The Legal Age To Purchase Tobacco Has Changed 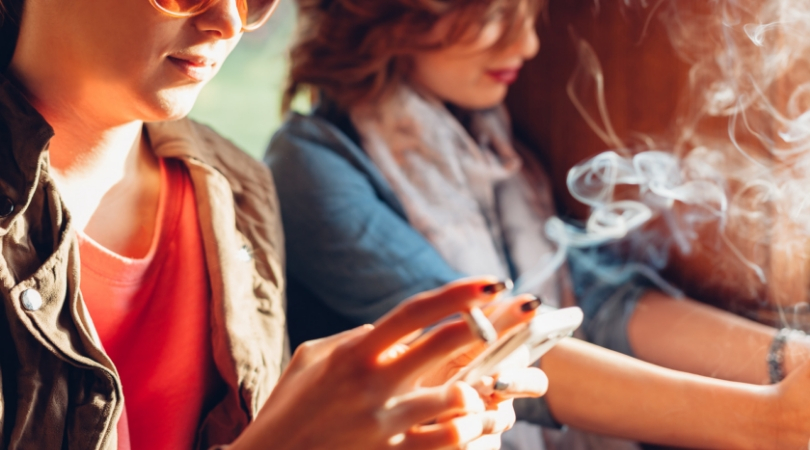 Sorry Texas, you will officially become the 15th state to prohibit the sale of cigarettes, e-cigarettes, and other tobacco products to anyone younger than 21. So not only will you 18-year-old need a fake ID to drink, but you’ll also need one to buy cigarettes. Time to put your creativity to test. (Totally kidding, please don’t use a fake ID to get cigarettes. They’re bad for your health.)

As a resident of Texas, I'll tell you most convenience stores don't give a damn, and the police force in most cities are focused on more important matters, with such a large population base. I guess what I'm trying to say is I was buying cigarettes at 15 with no issues.

The Texas Law will go into effect on September 1, 2019, and will have an exception for members of the military. Anyone caught breaking the law, will face a Class C misdemeanor and a fine up to $500. In a move to “curtail the growing use of e-cigarettes and tobacco products” by teens, Senate Majority Leader Mitch McConnell, R-Ky., initially introduced the bipartisan legislation.

SB 21 comes as the use of vaping and e-cigarettes products have skyrocketed among minors all across the state. While some e-cigarettes, such as the Juul, do not contain tobacco, several believe they have addictive substances such as nicotine and are marketed in a variety of flavors that are meant to appeal to the young audience.

Kevin Burns, chief executives of Juul, has publicly come out in support for raising the minimum age to 21, in an effort to distance themselves from all criticism, saying they market their products to children. Along with R.J Reynolds Tobacco Company and Altria, Burns stated, “We commend Senator McConnell for announcing this legislation as we strongly support raising the purchasing age for all tobacco products, including vapor products, to 21. Tobacco 21 laws fight one of the largest contributors to this problem — sharing by legal-age peers — and they have been shown to dramatically reduce youth usage rates.”

The Bill, SB 21, does not apply to military service members with valid ID. They will still be able to purchase cigarettes and other tobacco products at 18 years old still. https://t.co/5y5lOUW74a

Juul accounts to nearly 68 percent of the e-cigarette market and is valued at $15 billion! It has been one of the companies that have faced the most criticism from the opponents of vaping. Its e-cigarette is shaped like a USB stick and comes in several fruit flavors. According to the Centers for Disease Control and Prevention, the number of middle and high school students who use tobacco increased by 36 percent between 2017 and 2018, due to the “surge in e-cigarette use.”

So can this new law prevent some deaths? Yeah sure, I guess this will help avoid several health issues caused by tobacco and nicotine. But do you really think kids won’t get ahold of e-cigarettes? 18-year-old’s nowadays are so sneaky, that you can never guess their next move. Personally, I think this is great. But that’s just because I don’t smoke. I can totally already see people under 21 protesting outside of gas stations.

But hey, think about it this way, if this can lower tobacco use and will not only protect second-hand smokers but the environment as well, then yes raise the minimum age. Heck, raise it to 25.