The Origin Story of Wiffle Ball Is Basically the American Dream 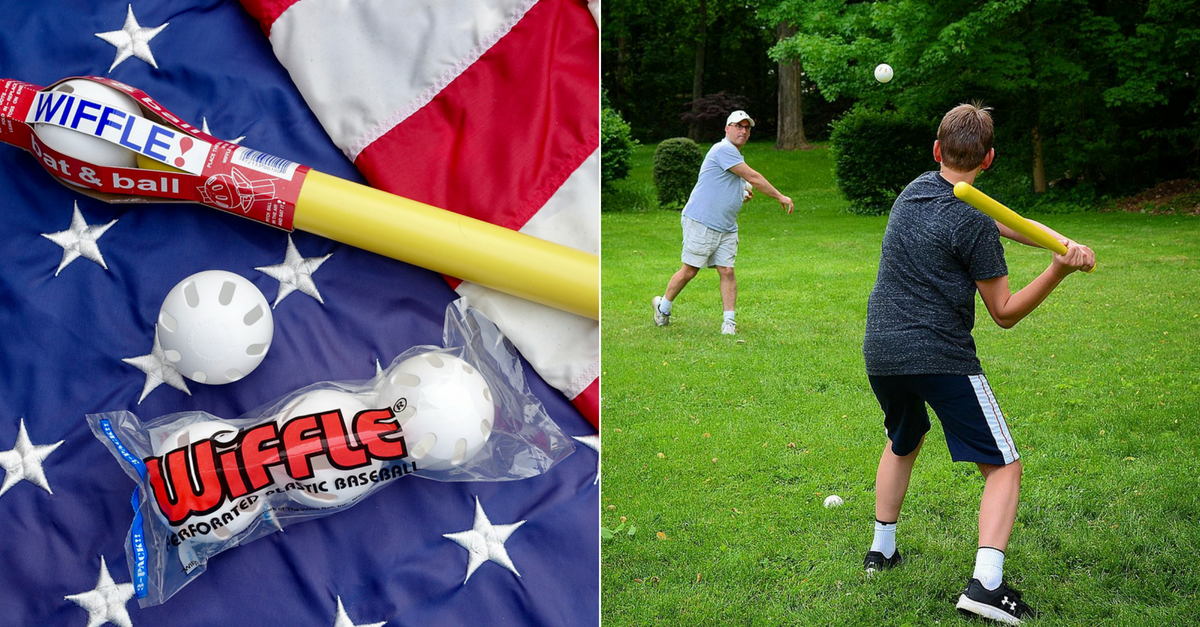 Wiffle Ball is one of the great pastimes of American childhood, and of summer evenings spent playing in the neighborhood. It’s the latest in a long tradition of abbreviated baseball games played by kids. (The original being stickball.)

Wiffle Ball is most famous, and maybe most beloved, because the game allows the average guy or girl to know what it feels like to make pitches dance through the strike zone like they’re Greg Maddux.

The game is as much a duel as it is a sport. Batter against pitcher. Friend against friend. Sibling against sibling. Father against child. It’s the source of as much joy as it is heated, Lou Piniella in the face of an umpire style arguments. And maybe a few Wiffle bats tossed into the bushes, too.

Wiffle Ball actually evolved out of its predecessor, stickball. The game was invented in Fairfield, Connecticut, in 1953 by David N. Mullany, when he designed a lightweight plastic ball, roughly the size of a regulation baseball, with oblong holes that his 12-year-old son son could make curve easily when he threw it.

The game became incredibly popular with David’s son and his friends, and was eventually given the moniker, “Wiffle Ball” because the kids referred to the (presumably frequent) strikeouts as “Whiffs.” It didn’t take long for David Mullany to realize he was going to have to make some more Wiffle balls.

Without having any idea what they were doing, the Mullany family accidentally created a legendary American game. Today, Wiffle Ball is one of the most popular summertime games in the United States. It’s played in city streets, in parks, at barbecues, on frat house front lawns, in backyards, and even in elaborate, specially built stadiums.

Wiffle ball tournaments and leagues exist across America, and multiple entities even crown “national champions.” A world Wiffle Ball Championship even exists. Needless to say, the goofy little plastic ball turned out to be a hit. So did the Wiffle ball bat, which has bound uses for both Wiffle ball and non-Wiffle ball related reasons.

This story was originally published June 28, 2018.