Sara Geiger had no idea that when she accepted a teaching (and coaching) position at St. Pius High School, she was in store for the biggest win of her life.

After taking the position, it didn’t take long before she caught the attention of the school’s athletic trainer, Gary “Schmitty” Schmitt. Keeping it cool, Schmitty asked for her number in the most professional, and not obvious (maybe a little obvious), way possible. 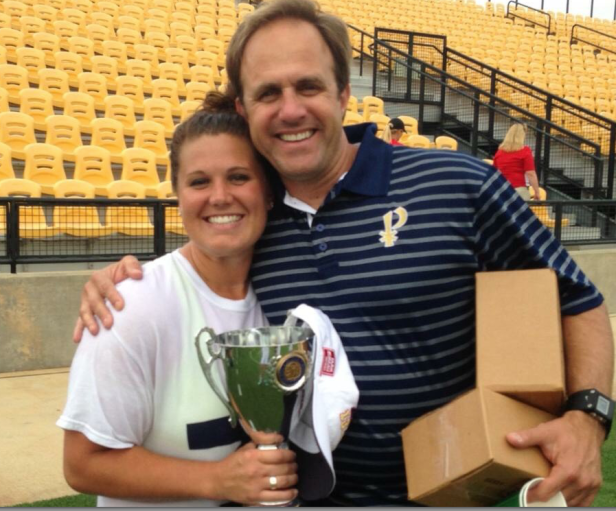 We had gone snorkeling while on vacation. I was having a great time, but Schmitty was basically just drinking a lot of ocean water and he eventually threw up! After that, we got back in the boat and the captain took us to the wharf around the corner for dinner. They were brining in fresh fish and the sun was setting. The whole thing, the atmosphere, it was all so perfect. That’s when he looked at me and told me that he loved me. 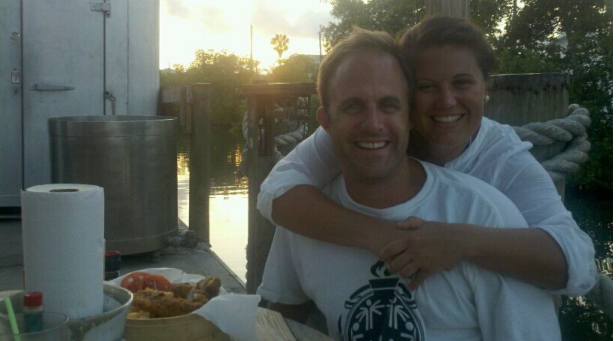 The couple continued to date, but as years went by, Schmitty’s fear of serious commitment wedged itself between the two coaches. Sara loved the man she had spent the past seven years with, but she needed more than he was willing to give. And, because of that, the couple split up. Schmitty didn’t want to see her go, but he couldn’t bring himself to commit to a future with Sara. That was the case up until the couple attended a wedding they had previously committed to attend. Schmitty explained that this wedding changed everything.

Sara was in the wedding party, so she had to walk down the aisle before the bride did. I was sitting down all my by myself… then I saw her walking. I couldn’t help but cry. She was so beautiful, and I just couldn’t believe that I let her go. That was the moment that I realized that I needed to step up to the plate.

Schmitty was extremely nervous about getting engaged, but he knew he couldn’t see a future without Sara. He put his commitment issues aside and purchased an engagement ring before their trip to Mexico. While the couple was overlooking the ocean at sunset, he got down on one knee and asked Sara to spend the rest of his life with him, with no hesitation. Sara had no idea that the proposal was coming; she was completely caught off guard. 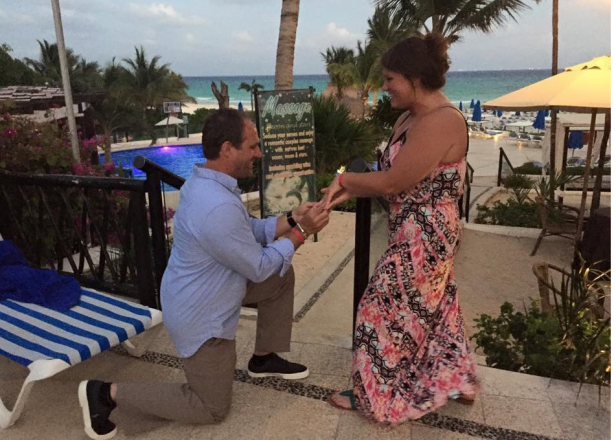 We were looking at the ocean, and I was telling him that it was so beautiful, that it was all so perfect. He then got down on one knee and told me that it would be even more beautiful if I had this (engagement ring) on. It couldn’t have been more perfect.

Sara and Schmitty went on to explain that although they love their story, there is nothing easy about love. It takes work, patience, perseverance and perspective. Love goes through trials and tribulations, but if you can get through those difficult times, it makes the beautiful moments even that much more special.