Many of us grew up hearing fairy tales about beautiful princesses, poison apples and the handsome prince who would kiss away all our problems.

Many times, these stories set the standard for what we should look for in our personal quest for love, but the truth is, not all love stories involve a damsel in distress who is swept off her feet by Prince Charming. Although that may sound tempting, some people prefer to leave the fairy tales for the children’s section. Some people find themselves need a little less Snow White and a little more super… well, superhero.

Stephanie Monica met her now fiancé, Kaung Set, while she was fighting her own battles — or at least pretending to for a picture.

In 2012, both Monica and Set attended Dragon Con, the famous Atlanta-based science fiction and fantasy  convention. Dragon Con attracts thousands of comic-loving, character-dressing, sci-fi obsessing attendees each year. It is a perfect place to geek out over limited edition comic books or relive your childhood by dressing as your favorite cartoon character.

For the convention, Monica channeled her inner Miss Marvel (bleached blonde wig and all), while Set admired the hard work that so many individuals put into their costumes. One group in particular caught his eye. He took a picture of the group, not knowing that with a simple click of a button, his love story had just begun:

“I took a picture of this group of people, not knowing that my future wife was within the group. At the end of the convention, I went home and uploaded all the photos I took and as I did that, people started tagging themselves. One of the people tagged was Stephanie.” 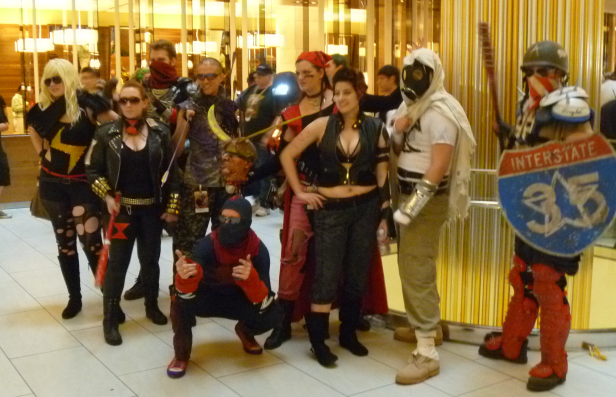 Monica got a Facebook notification that she had been tagged in a photo and didn’t think much of it — until she did a little research on the mystery photographer.

“I logged on Facebook and saw that I had been tagged in a photo. The person whose picture it was also lived in Augusta, Georgia, which was really interesting, since not many people from Augusta are into the superhero stuff. Our whole friendship stemmed from the fact that Kaung took a photo of some random people in awesome costumes, one of them being me.” 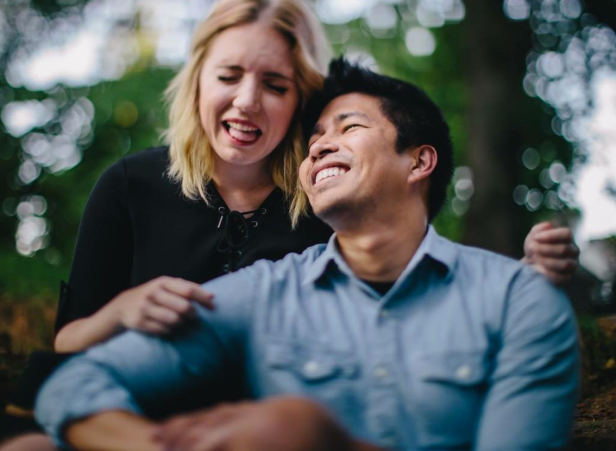 Now we’re not saying that every stranger who takes a photo of you will end up being your soulmate. And in fact, if strangers are taking photos of you, you should probably contact the authorities, but in this case, the stars aligned for this happy couple. According to Set:

“People always say that you should marry your best friend. You don’t believe how awesome it actually is, until you make a best friend that you want to spend every day with, forever. It really just doesn’t get any better than that. Every event, every moment, is better now that Stephanie is in all of them. She’s pretty great.” 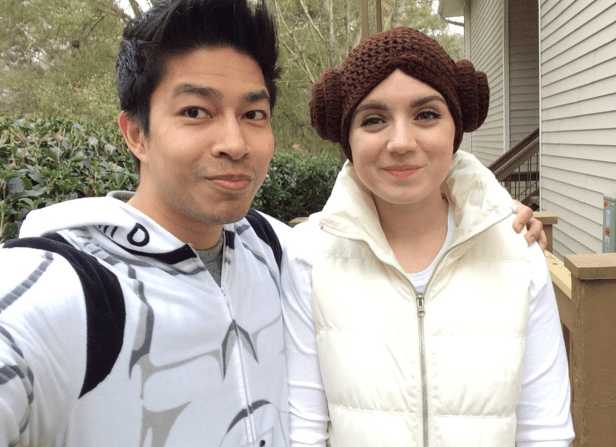 Monica emphasizes the fact that she’s not a relationship expert, but she does have a little advice for those who have yet to find their Clark Kent (or Lois Lane, for you guys):

“The funny thing is, I think people just need to remember the simple fact that if you stop pretending to be something you’re not, and you embrace your quirky, awkward nerdiness, or whatever it might be, you’re going to find someone who loves you for who you are. Do what you love, and you’re going to attract people who love those things too.” 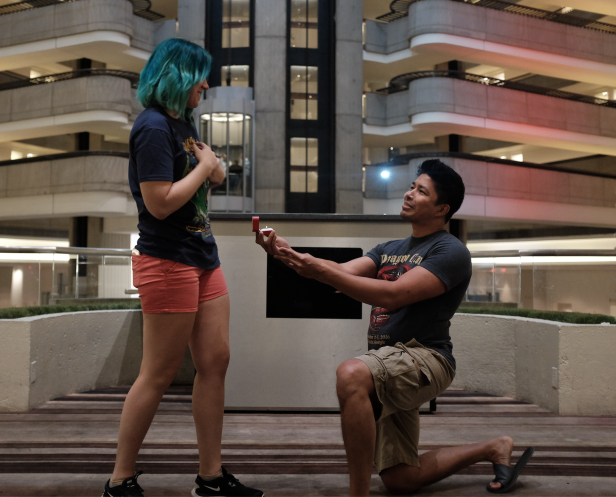