‘To Catch a Predator’: Chris Hansen’s Book Answers All of Our Questions About the Show 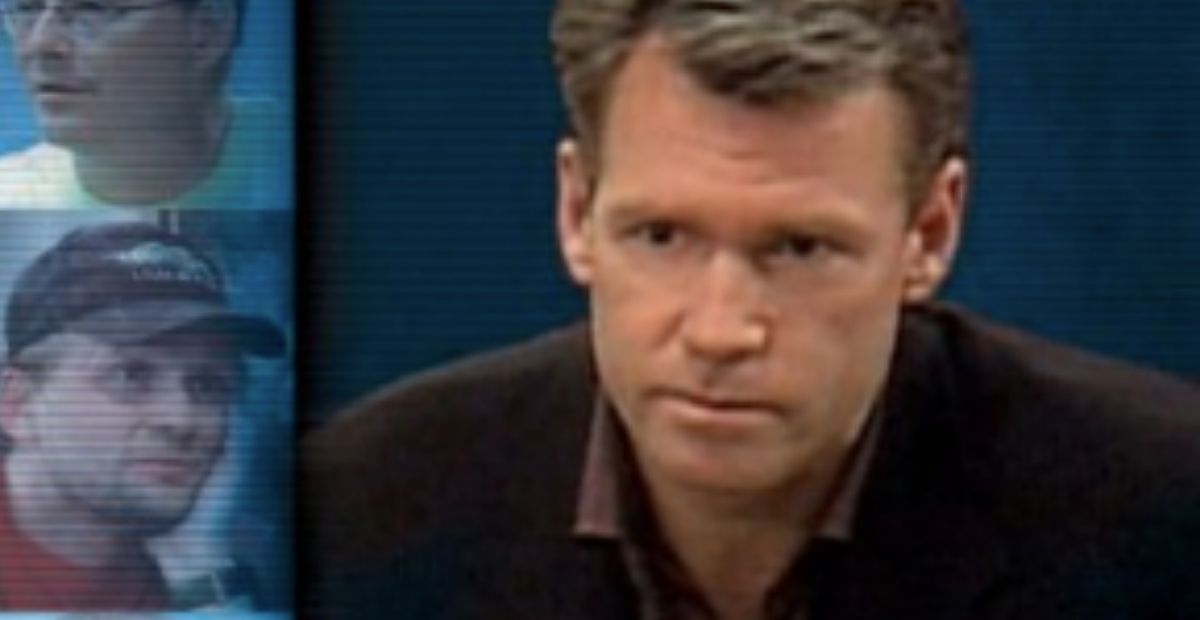 “Don’t talk to strangers,” said every parent ever. This goes for in-person and online. Not everyone is who they say they are. I’ve always known this, but it became more real to me when I watched Dateline NBC as a child. More specifically, ‘To Catch a Predator.’

In middle school, it was very typical to have social media accounts, so when I saw priests, teachers, and even law officials being arrested on national television for seeking sex with children, it was scary. Sexual predators are real, but you may be wondering if ‘To Catch a Predator‘ was a scripted TV show.

To Catch a Predator: Protecting Your Kids from Online Enemies Already in Your Home Paperback ? February 26, 2008

Thanks to COVID-19, I’ve been scavenging the internet for TV shows I used to watch in my teens. I always assumed the show was real, but I understand why people might be skeptical. I decided to do my own research and read Chris Hansen’s tell-all about the infamous show.

For some, it seems to good to be true. Hidden cameras, a camera crew, and a decoy who actually looks like an underage teen? “There’s no way,” you might think. You’d be surprised. In the book, Hansen goes into detail about the sting.

Is ‘To Catch a Predator‘ Real?

Yes. Perverted Justice (PeeJ) is a foundation founded in the United States that is dedicated to finding child predators and potential predators through online chatrooms. PeeJ volunteers have even gone as far as making MySpace profiles to identify pedophiles.

In 2004, the site teamed up with Dateline NBC for one of the most infamous sting operations. The foundation is real, although you don’t hear much about them these days. Perverted-justice.com doesn’t seem to be an active site anymore.

Not having law enforcement involved at the beginning of the sting made this investigation independent, which made it easy for Chris Hansen to sit down and conduct interviews with predators.

How Was ‘To Catch a Predator‘ Able to Conduct Arrests?

The first two investigations in New York and Virginia were very different. When NBC News began their investigation, they didn’t have law enforcement waiting outside to arrest predators. Although things changed once it was time to conduct the third investigation.

For example, host Chris Hansen says Dateline was getting fantastic ratings, and police departments became interested in using PeeJ to conduct stings. The Riverside County Sherrif’s office in Riverside, California, reached out to PeeJ for a joint investigation.

Many police officers realized this was a chance to protect children in their communities. After To Catch a Predator conducted their first two investigations, they finally had law enforcement officials involved.

For the first time, police officers were on site to arrest molesters and potential predators after Chris Hansen discussed the chat logs and crimes the predators committed.

Um, no. It doesn’t matter that they didn’t have sex with underage people. If it’s a crime in your state to seek sex from children (or send lewd messages to children), then the proof is in the chat log that a crime has been committed. (Police officials did receive copies of the chat logs after the predators verified their ‘dates.’

If you were an avid watcher of To Catch a Predator, then you might have heard of Louis Conradt Jr. Conradt was a Texas prosecutor who died by suicide when police attempted to arrest him. The former Kaufman County district attorney allegedly was in a chatroom with a To Catch a Predator decoy who was posing as a 13-year-old boy.

Out of the many stories told in the book, this one irked me the most. I was not surprised to hear that victims of child abuse became predators?it was shocking to hear that a Texas prosecutor was allegedly behind the computer screen, seeking a relationship with a child.

NBC did a good job explaining how the investigations worked, but Chris Hansen was able to dig deeper under the surface. In one chapter, he talks about how some pedophiles seek treatment for their mental illness and are aware that no matter what, they are responsible for their actions if they act upon their urges.

Most of all, kids are impressionable. They don’t understand that simply telling a stranger that they like to play soccer for their city league gives away just about all the information a predator needs. It’s the sad truth. I highly recommend this book, and if you haven’t seen the show, you can easily find clips of the investigations on YouTube.

Be sure also to check out True Crime Daily’s channel for Chris Hansen’s spin-off show, ‘Hansen vs. Predator.’