Think Your Kids Are Safe Around Pools? Watch This 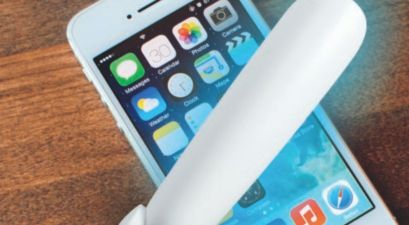 When you were a kid, you probably had free reign of the backyard and your street until the streetlights came on. Your parents probably had few child-proof items and certainly didn’t babysit you every minute. However, a recent video posted to Facebook is giving parents pause about what products are actually child-proof and safe for the kiddos to be around unsupervised. Keith Wyman shared this video just before the weekend as a scary reminder that children should always be supervised near water, no matter what.

The video starts sweetly enough, with his kiddo approaching what he believes to be an “unclimbable” pool ladder. It all goes downhill from there, but luckily Dad was nearby to save the day in case of emergency. Of the video, Facebook user Keith Wyman wrote:

“So I’m posting this video after I found my two year old Cody trying to climb our pool ladder when it was closed and locked I just got it with the new pool Tonya and I stress to watch your kids around pools I will be buying a new type of ladder!! ‘Kid has some serious upper body strength'”

And it’s true, little Cody scales that ladder quicker than you can blink and if his caregivers hadn’t been nearby, this story could have had a much scarier ending.

Read More: This dad has been photoshopping his daughter into some sticky situations

We’re not the only ones that feel this message is important. The video has over 20 million views already and over 600,000 Facebook users have shared it on their own timelines to ensure the message is spread.

Pool supervision isn’t the only thing to worry about summertime; parents should be mindful of children around all bodies of water, no matter how small. Unintentional drowning is a persistent killer internationally, and the World Health Organization states that 372,000 people drown worldwide each year. In their Global report on drowning: preventing a leading killer, the WHO states that “drowning is among the ten leading causes of death for children and young people in every region of the world.”