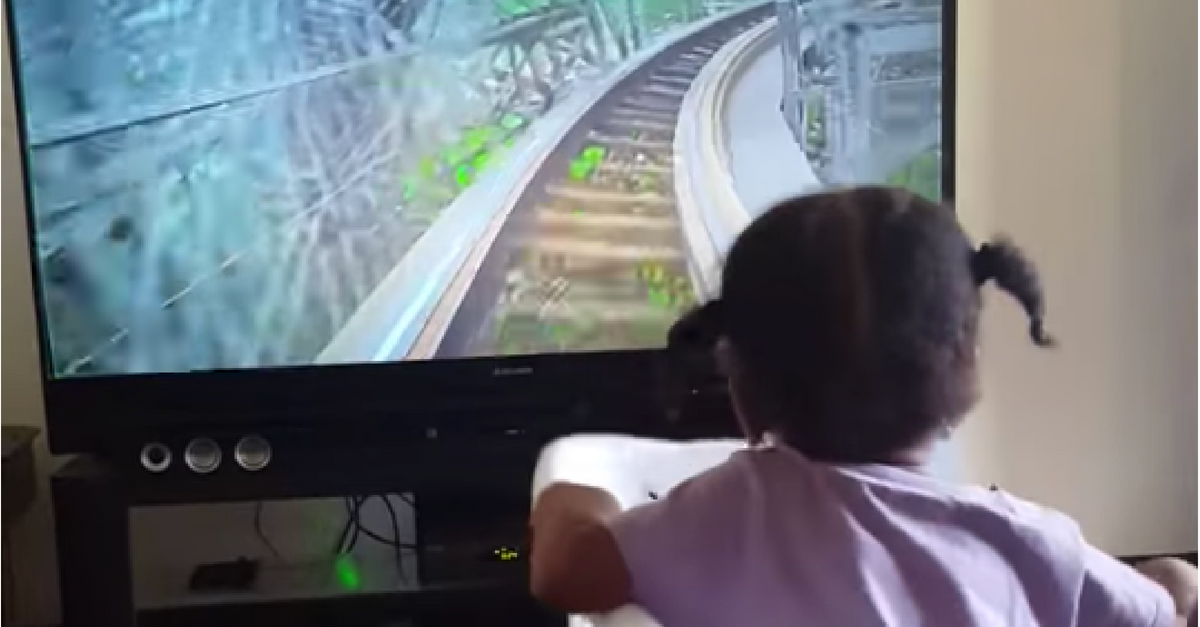 It costs $69.99 to buy toddlers some dumb giraffe toy that every other toddler has, and every parenting publication claims is so hot right now. Meanwhile, the tiny, clumsy little guys and gals are easily and endlessly amused by cheap crap laying around the house. A balloon costs like twelve cents, and your toddler would happily chase it for hours. Is there ever really a need to buy toddlers a toy that costs more than about twenty dollars?

No. No there is not. This latest video from Zena Levine Gay of YouTube proves as much. In it, a dad plays a video of an amusement park roller coaster on the flatscreen TV while his daughter rides in a laundry basket placed on his legs. He mimics the ups, downs, bumps, and rumbles of the roller coaster for giggling, squealing little girl. He brings a virtual theme park right into the living room. No fighting crowds. No traveling to Florida or Ohio. Just fun.

That roller coaster ride is just pure joy, right there. Pure, unadulterated, extremely affordable joy. You get the hell out of here, “Tickle Me Elmo” and whatever other overpriced toys children don’t understand. I’ve got a new toy, it’s called Silly Pillow. It’s an old pillow I drew a silly face on. You can get it in infinite different varieties. Just give me a pillow and I’ll draw a wacky face on it.

Screw this writing job I’m going into children’s toys. Going to doodle on white pillows with Sharpies and sell them for $40 a pop to hipsters who don’t want to buy corporate toys for their kids. That is until I get big enough to get bought out by a corporation. Then, boom, Silly Pillows are getting stitched in China and I’m on a beach, 12 margaritas deep, furious that the resort staff will no longer serve me alcohol because I’ve had too much, and screaming, “Do you know who I am!?! I invented the Silly Pillow you son of a bitch! Now get me a margarita!”

Watch: Everything You Need to Know About the Shiba Inu Dog